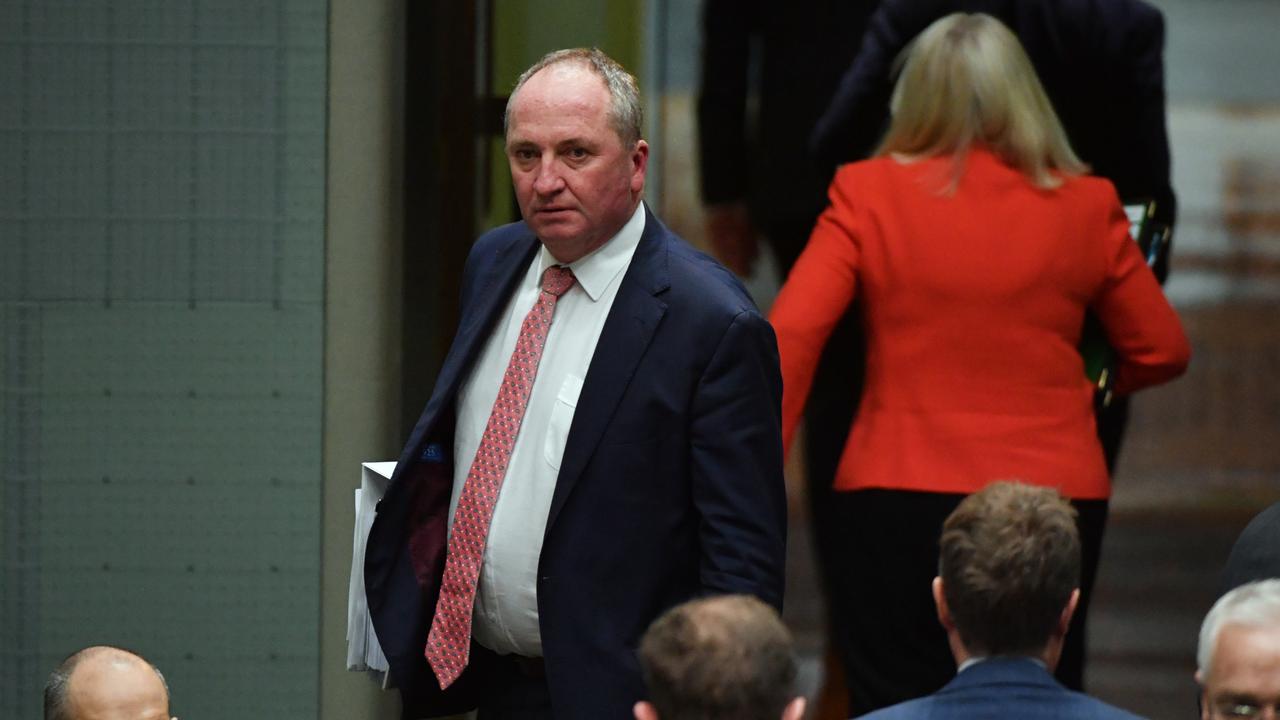 The deputy prime minister will replace Michael McCormack after toppling him in a National Party leadership spill.

The task force was established to oversee the status of women and coordinate the government’s response to two major reviews.

One review investigated workplace culture at Parliament House and responses to allegations of rape and sexual harassment, while the other recommended a new staff complaints process.

Joyce stepped down as deputy prime minister in 2018 after being accused of sexual harassment.

He fiercely denied the allegations.

At the time of his resignation, Joyce was also under pressure after having an extra-marital affair with a former staffer, with who he now has two children.

Senator McAllister alluded to a ban on ministers having relationships with their staff, introduced after the Joyce affair was exposed.

“Will newly appointed deputy prime minister Joyce, the only member of parliament who had his own clause in the ministerial standards, replace McCormack?” she said.

Senator Birmingham said he had not seen updates to all cabinet committee arrangements, but they would be published in an ordinary way.

Senator McAllister also pointed to comments made by Nationals MP Michelle Landry before the leadership spill about some women being unhappy if Joyce returned to the leadership.

“If Joyce doesn’t even have the confidence of his own colleagues, how can he have seat at the cabinet task force on the status of women?”

He said members of the leadership group were on the task force to ensure it informed decisions right across government.

During Question Time in the lower house, Joyce was again quizzed about his track record on working with regional women.

“Every person tries to be a better person and I am no different,” Joyce told parliament.