VIDEO: Tooth Much To Bear: Dentist Pulls Own Wisdom Tooth On Coffee Break

A surgeon extracts a painful tooth himself because he didn't want to go to another clinic.
By Feza Uzay June 24, 2021
Facebook
Twitter
Linkedin
Email 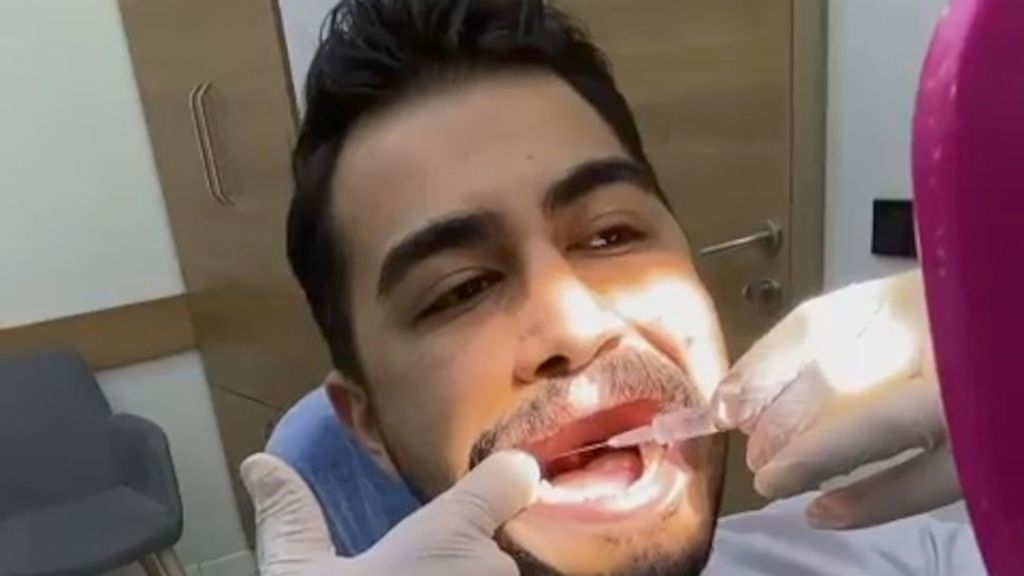 A dentist with a painful wisdom tooth who didn’t want to wait to get an appointment with someone else wound up pulling the tooth himself during a break between patients.

The dentist, Burhan Kaan Bafra, who lives and works in the northern Turkish province of Samsun, filmed himself as he looked in a mirror in order to make the injection in the right place, before yanking the back molar out with a pair of pliers.

“A patient of mine failed to turn up for a midday appointment, and I had some free time,” said the dentist. “I was already in extreme pain myself because of the wisdom tooth, so I decided to give myself an anesthetic, which was just to relieve some pain.”

He said that initially, he gave himself the injection because he just wanted to relieve the pain and had not intended to also remove the tooth.

“Since I had free time after my pain passed, I decided to pull it out as well,” he said.

The doctor said that the procedure — which took about seven minutes — went surprisingly smoothly.

“I started pulling my wisdom tooth using the mirror to see what I was doing, I managed to get the tooth up a little with an elevator tool, and I was able to get a good grip on it and finally yanked it out with a good tug.”

The video shows the dentist giving himself the anesthesia in front of a mirror and a light, then pulling out the tooth and showing it off for the camera.

The Turkish dentist said that he was inspired by another surgeon: “The moment came on social media when a Russian doctor pulled out his own wisdom teeth. I said I can do that, too. I decided to pull my tooth that way.”

Bafra said that it was certainly weird operating on himself, but that it was a major boost for his self-confidence. He has also started showing the video to patients who are reluctant to get their wisdom teeth out to help them see that there is nothing to worry about. It’s helped some people become more courageous, he said.

“I tell them that there is really nothing to be afraid of, that together we can achieve it. I have seen funnily enough that their trust in me has increased even more thanks to the video,” he said.

(Edited by Angie Ivan and Matthew B. Hall)