The lawyer for a Tamil family says she cannot fathom why three members were given bridging visas while one remains in detention. 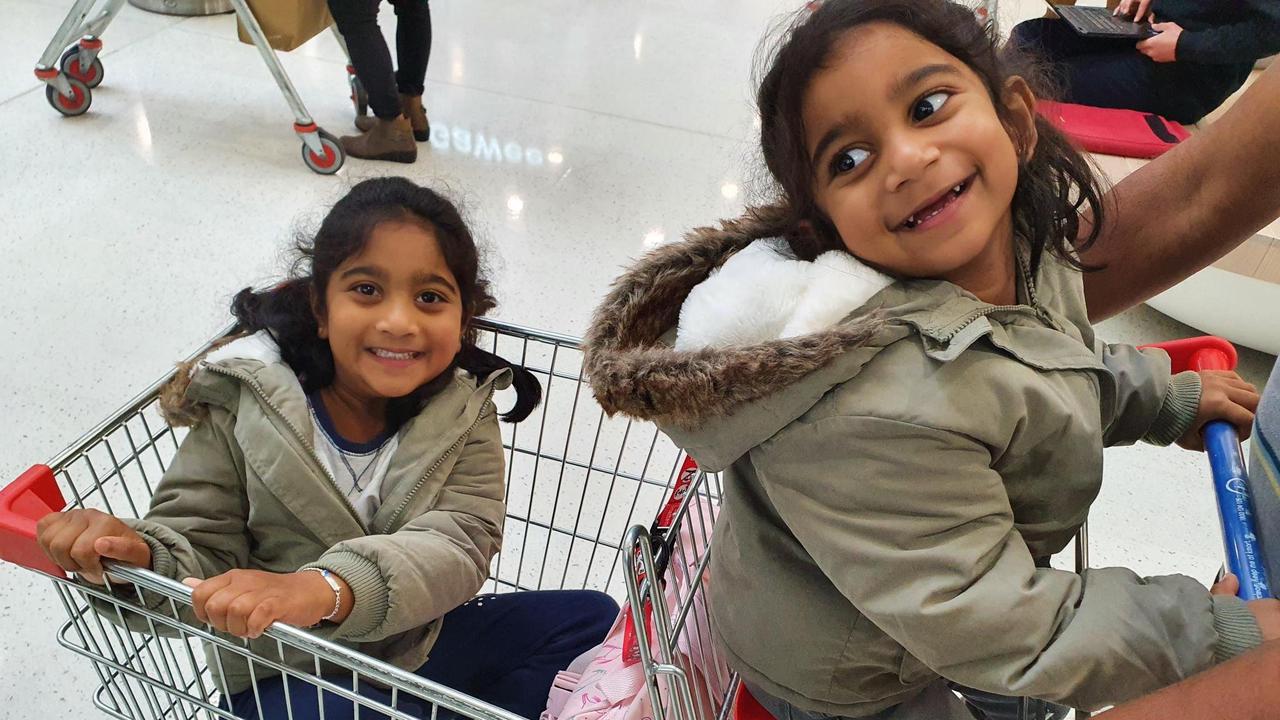 The Murugappan's youngest daughter Tharnicaa must stay in Perth under a community detention order. (AAP Image)

PERTH, Australia — The lawyer for a Tamil family says the immigration minister’s decision to grant visas to all but the youngest child leaves them stuck in Perth, Australia, unable to return to their Queensland community.

Carina Ford says Alex Hawke must explain why he gave three-month bridging visas to every member of the Murugappan family except four-year-old Tharnicaa. She remains under a community detention order which requires her to live at a Perth residence nominated by the government.

Ford says the minister’s actions effectively prevent the family from returning to Biloela, the Queensland town that has passionately backed their long battle to remain in Australia.

“I just cannot comprehend why the youngest child should not also be on the same status,” she’s told a renowned radio station.

“I think the minister probably needs to answer that question.”

She says father Nades, mother Priya, and the couple’s eldest child Kopika, 6, could return to their town under the terms of their bridging visas, but would never do that without Tharnicaa.

“Effectively this ties them to Perth.”

The family was flown to the city earlier this month after Tharnicaa became seriously ill with a blood infection while in detention on Christmas Island.

She is receiving ongoing treatment after being released from the hospital. Ford says there is no medical justification for keeping her under a community detention order.

“You can still receive medical care on a bridging visa,” she said.

“I’m hoping that in the coming days that position may change with the minister because it just seems unfair.”

A spokesman for the minister has said to the press that the decision relates to Tharnicaa’s need for medical care.

“The minister made a residence determination given that one family member needs to be in Perth for ongoing medical treatment,” he said.

The Refugee Council of Australia‘s website details the different provisions for people in community detention, and on bridging visas.

It says people who are in community detention “are generally provided support by a contracted non-governmental organization, and receive housing and essentials”.

It says people on bridging visas are not provided with government housing.

The Refugee Council of Australia (RCOA) is the national umbrella body for refugees and the organizations and individuals who support them. It has approximately 200 organizational and over 300 individual members.

Formed in November 1981, the council is a non-profit, non-government organization registered as an incorporated association in the Australian Capital Territory. It is funded through contributions from its members and by project grants from philanthropic bodies and government agencies. The priority activities for the council are set by its members, as represented by an elected Board.