Federal authorities have declined to approve the use of mouse killer bromadiolone, procured to battle the plague.
By Angelo Risso June 24, 2021
Facebook
Twitter
Linkedin
Email 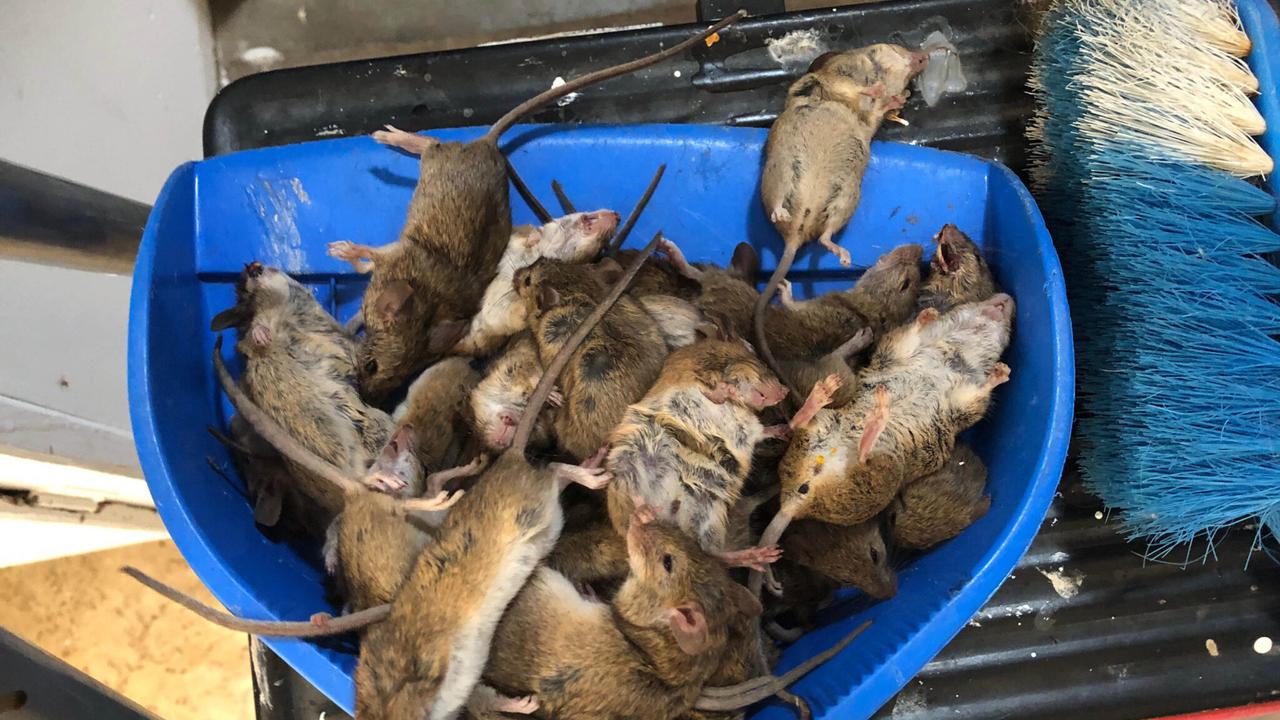 Country towns in New South Wales and Queensland have been struggling with an infestation of mice. (AAP Image)

SYDNEY — Federal authorities have knocked back attempts to mitigate the NSW mouse plague through the use of super-strong mouse killer bromadiolone.

That would have been enough to treat about 95 tonnes of grain.

However, the Australian Pesticide and Veterinary Medicines Authority on June 23 declined to grant approval for bromadiolone’s use in New South Wales.

Concerns have been raised over the past month that the anti-coagulant would kill not just mice but also native birds and mouse-eating animals.

The authorities’ chief executive officer Lisa Croft said the agency’s primary concern in rejecting bromadiolone was the safety of animals that eat mice.

“Before the Australian Pesticide and Veterinary Medicines Authority is able to approve any application, we must be certain that it is safe, that it will work and that it will not prevent our farmers from selling their produce overseas,” Croft said in a statement.

Country towns in New South Wales and Queensland have been struggling since last year with an infestation that has ruined crops, damaged tonnes of stored hay and grain, infiltrated homes and caused major damage.

New South Wales Agriculture Minister Adam Marshall said the state government was disappointed by the decision but accepted the outcome.

It would now double down on other mouse mitigation strategies.

“We didn’t put all our eggs in one basket, nor have we sat on our hands while waiting for a determination,” Marshall said in a statement on June 23.

“The New South Wales government put AU$150 million ($113.62 million) on the table to give farmers rebates of 50 percent on zinc phosphide purchases, run extensive workshops with Australia’s leading mice expert, and invested in Australian-leading biocontrol research to help control the plagues of the future.”

Marshall said the Australian Pesticide and Veterinary Medicines Authority had in 2021 issued a number of emergency use permits to farmers battling the plague, expanding the use of zinc phosphide.

Farmers can also claim rebates of up to AU$1000 ($757.46) for mouse bait, traps and cleaning products, and 50 percent of the cost of zinc phosphide baits.

Rebates for regional households and small businesses are also in place.

The mouse plague earlier this week caused the evacuation of Wellington Correctional Centre, with inmates to be transferred to other prisons.

The Australian Pesticides and Veterinary Medicines Authority is the Australian Government statutory agency responsible for the management and regulation of all agricultural and veterinary chemical products in Australia.