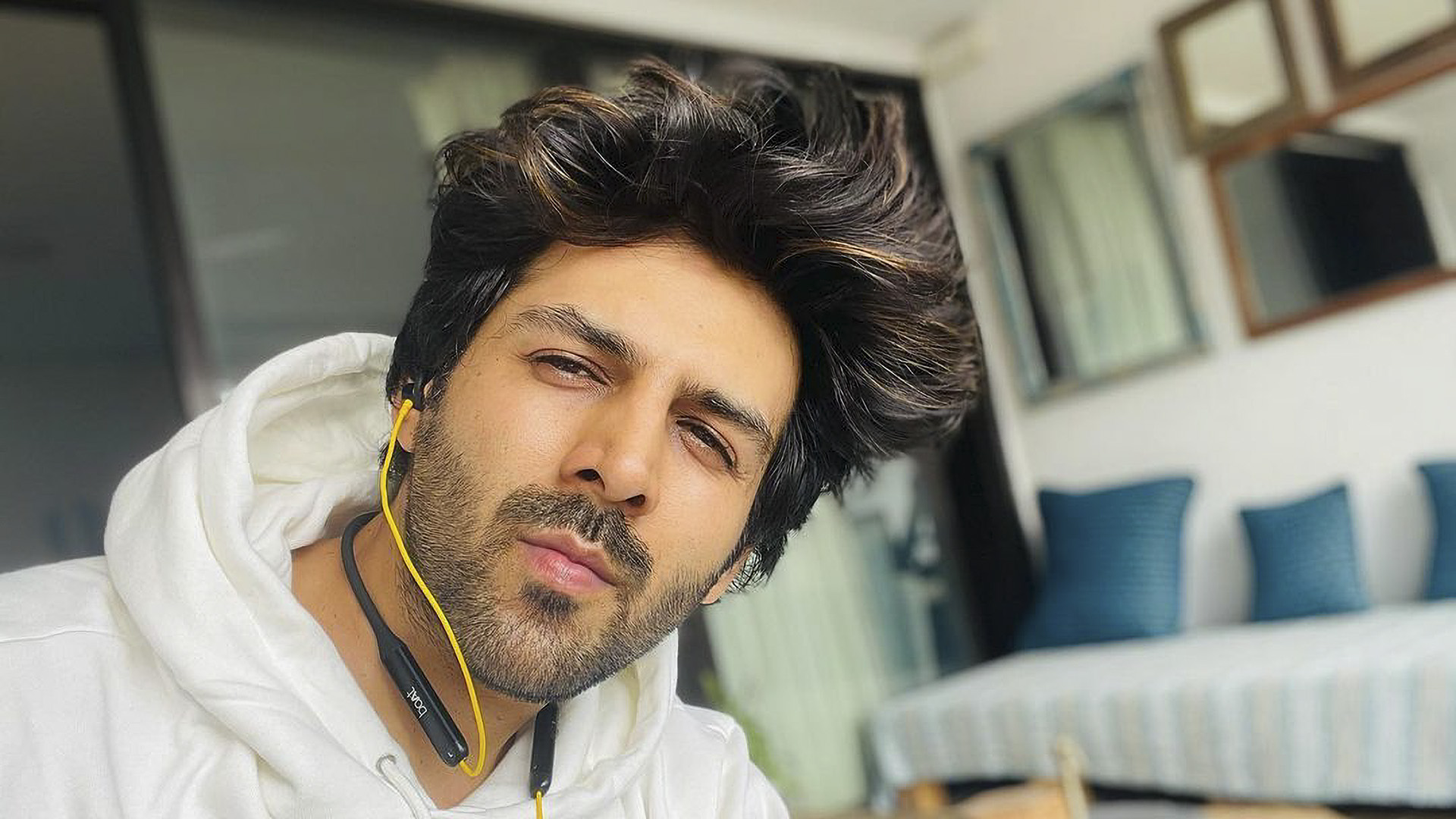 Kartik Aaryan revealed that he has bagged a role in “Satyanarayan Ki Katha,” which will be helmed by Sameer Vidwans.(kartikaaryan/Instagram)

MUMBAI, India — Bollywood actor Kartik Aaryan, on June 23, announced the details of his new film. Taking to Instagram, Kartik revealed that he had bagged a role in “Satyanarayan Ki Katha,” which will be helmed by Sameer Vidwans.

“Congratulations. Cannot wait for this one,” a user wrote.

“Wow. All the best, champ,” another one commented.

The forthcoming movie will be produced by Sajid Nadiadwala in collaboration with Namah Pictures.

The 2019 film is a Marathi biopic of the journey and struggles of Anandibai Gopalrao Joshi, one of the first Indian female doctors.

Kartik expressed his excitement for his upcoming project in a statement saying he has wished to work with Nadiadwala for a while now.

“I have been wanting to work with Sajid sir for some time now. I couldn’t have asked for better collaboration. ‘Satyanarayan Ki Katha’ is a musical love saga which brings together a powerhouse of people who are National Award-winning names,” he said.

“Satyanarayan Ki Katha” is all set to go on floors towards the end of this year.

In a statement, Nadiadwala also spoke about the upcoming project.

“Satyanarayan Ki Katha” has been a visionary project for me. We at Nadiadwala Grandson Entertainment are excited to collaborate with Namah Pictures, national award-winning director Sameer Vidwans and very talented Kartik Aaryan for this one.”

“This will be our first time working with Kartik, and he brings new energy to the project. ‘Satyanarayan Ki Katha’ is a script that calls for this perfect union, and we are looking forward to bringing this ultimate love story to the audience,” he said.

“Satyanarayan Ki Katha” is touted to be an epic love story that will bring Kartik in the lead after films like the “Pyaar Ka Punchnama” franchise, “Sonu Ke Titu Ki Sweety,” “Pati Patni Aur Woh, and Love Aaj Kal.”

Apart from “Satyanarayan Ki Katha”, Kartik will also be seen in “Bhool Bhulaiyaa 2” and “Dhamaka.”

Recently, it was reported that Aaryan had exited from Karan Johar’s “Dostana 2” after shooting for almost 14 days because of “creative differences.”

Dharma Productions later released a statement informing fans that they would be recasting its much-anticipated movie, directed by Collin D’Cunha.

“Due to professional circumstances, on which we have decided to maintain a dignified silence — we will be recasting Dostana 2, directed by Collin D’Cunha. Please wait for the official announcement soon,” read the statement.

“Dostana 2” will star Janhvi Kapoor and Laksh Lalwani in the lead roles. The shooting began in November 2019 but was stopped in March 2020 due to the coronavirus pandemic.