The ant head was stuck in his eyeball for a whole day before it was removed
By Andreea Tabarcea June 24, 2021
Facebook
Twitter
Linkedin
Email 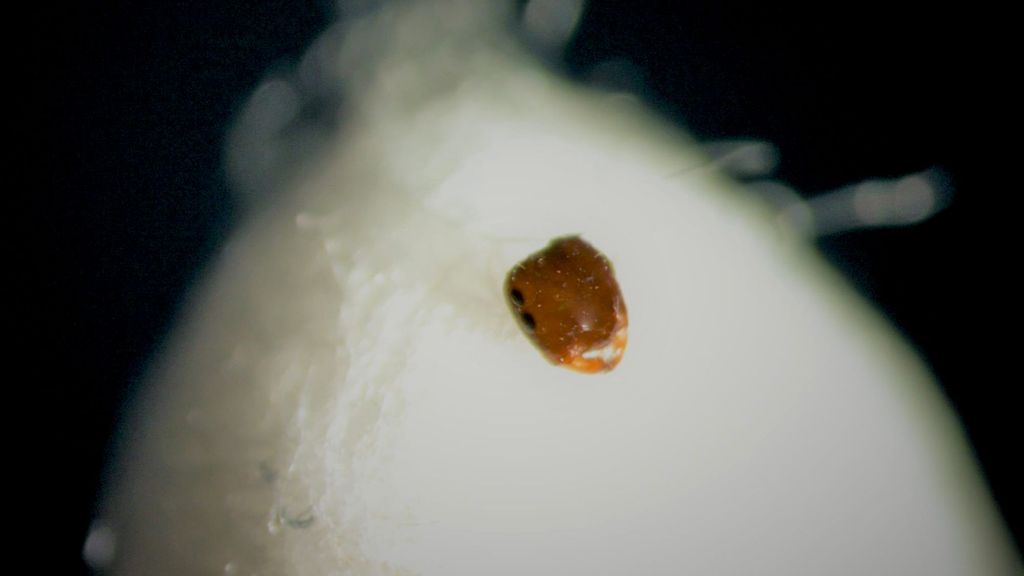 The eye of the man with the head of an ant lodged inside, on June 22, 2021, in Malaysia. (Teh Wee Min, OasisEye Specialists/Zenger News)

After feeling discomfort in his eye while riding his motorbike, a Malaysian man waited a full day before going to the doctor, only to learn he had an ant head protruding from his eyeball.

Dr. Teh Wee Min, who has been working as a doctor for 14 years, with six years as an eye specialist, said that it was the “weirdest case” he had ever dealt with, and the first time he had seen an insect’s head still stuck on a patient’s eyeball.

The doctor posted images of the patient’s eye on Facebook on Tuesday with the message: “Ant head stuck to the eye (the jaws still clenched tight!).”

The ant had entered the man’s right eye while he was riding his motorbike. Dr. Teh said the patient rubbed his eye and thought he managed to remove something small, but the discomfort remained.

The medic said the patient came to see him the day after the incident, meaning he had the ant lodged in his eyeball for a whole day.

Though these types of incidents are very rare, this was not the first time doctors have removed ants from patients’ eyes.

Doctors removed an ant attached to a teenager’s eye in 2010, according to the Department of Emergency Medicine Medical College in Georgia.

The latest case happened in 2018 in Belthangady, India, when doctors pulled about 60 dead ants from the eyes of an 11-year-old girl. Though the doctors were uncertain how the ants got there, they suggested they might have entered her body through her ears.

Dr. Teh said the biker was lucky the ant landed at the white part of the eye.

“If it had landed on the cornea (central transparent area of the eye) and the ant injected toxins into it, his vision may have been severely affected,” Dr. Teh said.

According to the U.S. National Library of Medicine, instances where high-speed particles get stuck in the surface of the cornea usually heal within two days with treatment. On rare occasions when particles penetrate deeper into the eye, injuries are more serious and may take longer.

The patient was reportedly not wearing a safety helmet at the time of the incident.

Eye protection plays a dual role for motorcyclists — it reduces both crash involvement and eye injury, according to the U.S. Department of Transportation.

Dr. Teh reminded motorcyclists to always wear a helmet and to keep their visor down while riding or to wear sunglasses. He said that workers should always use protective eyewear to safeguard their eyesight as well.