El Of A Haul: Priceless Mayan Treasures Returned To Mexico By Collectors

One of the most remarkable pieces included a 1200-1600 B.C. metamorphic rock mask from the Olmec culture.
By Georgina Jadikovskaall June 24, 2021
Facebook
Twitter
Linkedin
Email 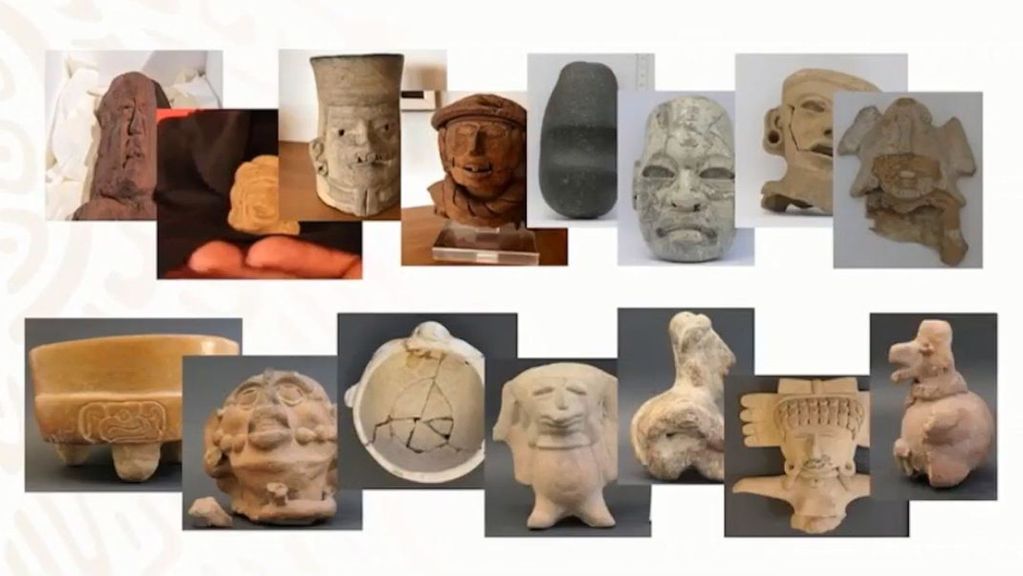 Pre-Columbian artifacts that were returned to the Mexican Embassy in Berlin by two private collectors. (Gobierno De Mexico/Zenger News)

Two private collectors from Germany have voluntarily returned 34 pre-Columbian artifacts, including pieces made by the Maya, to the Mexican Embassy in Berlin.

The Mexican Ministry of Foreign Affairs revealed that about 36 archeological pieces were handed over by two private unnamed collectors on June 16.

“Two German citizens approached our embassy in Berlin to express their interest in returning archeological pieces in the possession of their families,” said Alejandro Celorio, legal consultant to the Mexican foreign minister.

The pieces include bowls and other vessels, seals and an Olmec mask made by the cultures of the Gulf Coast, Central Highlands, the West and the Mayan area.

The recovery was marked in a virtual ceremony led by Mexico’s Culture Secretary Alejandra Frausto and Foreign Secretary Marcelo Ebrard.

Frausto thanked the two individuals and revealed that a total of 5,464 artifacts and historical objects have found their way back to their homeland in recent years.

“The people of Germany and Mexico have shown today that cultural heritage unites us and that a respectful dialogue between nations, based on their culture, builds maps that differ from those with a point of view of one dominant culture to another,” she said.

Ebrard said the practice of recovering heritage of great and ancient civilizations has become a day-to-day priority of Mexican diplomacy.

Among the numerous anthropomorphic figures made of clay that were handed over, in addition to bowls and other vessels, the most remarkable pieces, experts said, include a 1200-1600 B.C. metamorphic rock mask from the Olmec culture, which dates to Mesoamerica’s Pre-Classic Period, and two heads in Totonac style, dating to the Classic Period (A.D. 250-900).

Another exceptional piece is a Post-Classic Period clay bowl made by the Maya in between A.D. 100 and 1521.

“Mexico’s heritage has to shine throughout the world, which is why the Ministry of Culture and the INAH are promoting exhibitions so that people from Europe, North and Latin America, Asia and Africa become aware of it through the generosity of our nation and not by illegal trafficking,” said Diego Prieto Hernandez, general director of the National Institute of Anthropology and History.