A Queensland man has been jailed having pleaded guilty to animal cruelty after filming a kitten duct-taped to firecrackers. 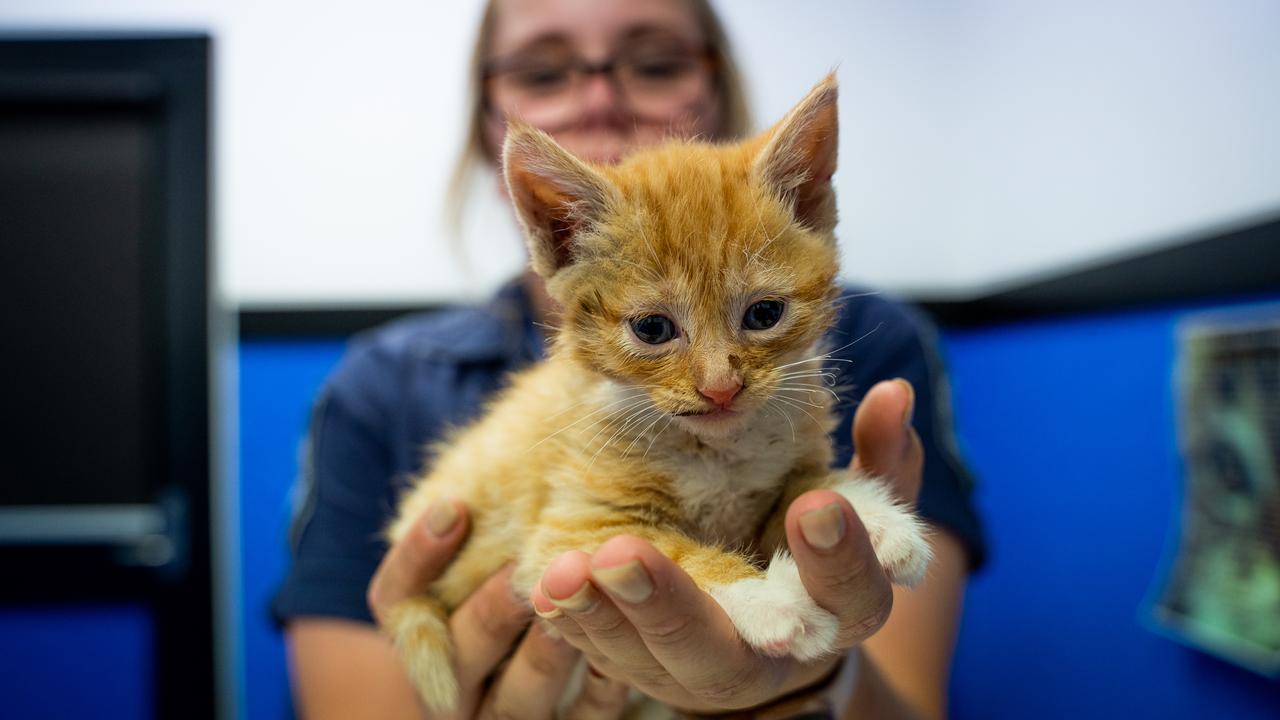 A kitten has been nursed back to health after having firecrackers taped and set alight on her back. (AAP Image)

BRISBANE, Australia — An Australian Logan man who filmed a terrified kitten duct-taped to live fireworks as he set them alight has been jailed for animal cruelty.

The severely dehydrated ginger kitten survived the blast with burns to her face and ears before being dumped and left to die in a southeast Brisbane wheelie bin. Bradley Hackett, 23, pleaded guilty to a raft of 16 charges, including animal cruelty and drug-related offenses in the Beenleigh Magistrates Court on June 24.

Graphic footage played to the court showed the kitten frozen in fear, immobilized by duct tape with firecrackers strapped to her back.

The footage showed Hackett light the fuse before the firecrackers ignited and several explosions were heard.

Some crackers failed to explode, and the video showed Hackett tried a second time to detonate the fireworks.

After the attack, Hackett drove to an isolated dumpsite to dispose of the injured kitten, where he was spotted by residents,

The kitten, affectionately named Charlie by carers, was rescued at Park Ridge in Brisbane’s south on July 27, the court was informed.

She was still bound by tape and smelled of burnt fur, and had scorch marks on her body.

Royal Society for the Prevention of Cruelty to Animals‘ barrister Adrian Braithwaite informed the court the kitten was seriously injured and, without the rescue, “certainly would have died”.

She has since been nursed back to health and been adopted by a society staff member. The animal welfare charity described the attack as a “disturbing level of cruelty”.

Braithwaite described Hackett’s actions as “deeply callous” and using “extreme and gratuitous” violence on an animal for his own gratification.

Hackett tried to dispose of evidence of the animal attack when police and the society later raided his home and denied the assault.

“I don’t want to answer any questions. I don’t even know what you are talking about,” he told police.

Defense lawyer Tanya Dower said Hackett admitted his behavior was “abhorrent” and could not explain his actions other than blaming his addiction to illegal drugs.

She said Hackett “felt life s***” after dumping the injured cat and claimed to have returned to the park, only for the kitten to have already been rescued.

Magistrate Clare Kelly refused to accept any suggestion the attack was an act of “misguided curiosity” and said it was plainly obvious the kitten was in distress.
“It is a very difficult set of circumstances. The footage was very difficult to watch,” Kelly said.

“I am sure everyone in the room expressed distaste. It was very distressing.”

Hackett was sentenced to six months’ imprisonment, to be released after serving two months.

He was also banned from owning any pet for five years.