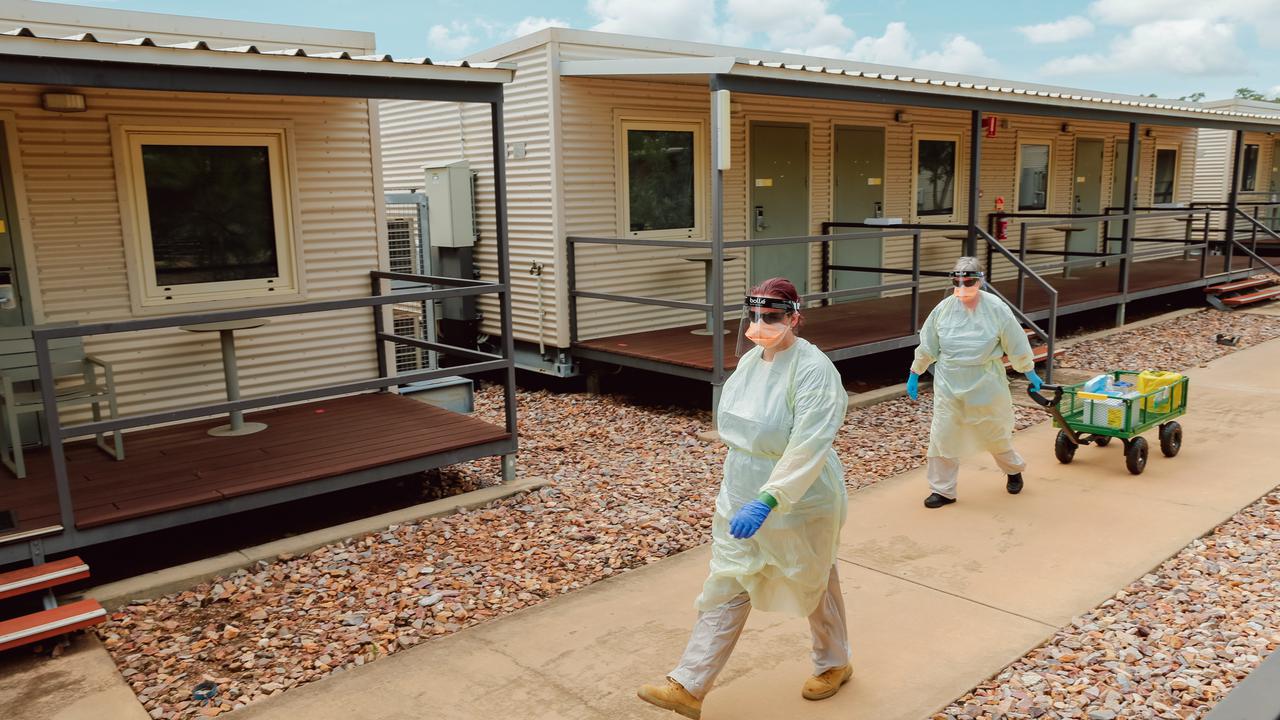 Protesters in Darwin have demanded the release of 13 wharfies from quarantine in Howard Springs. (AAP Image)

DARWIN, Australia — Dozens of Australian workers have protested outside the Northern Territory Chief Health Officer’s Darwin office to demand the release of 13 wharfies ordered into the Howard Springs quarantine facility.

The men allegedly unloaded a foreign ship without adequate personal protection while being watched by Australian Border Force officers on June 11.

Chief Health Officer Hugh Heggie later directed the group into 14 days’ mandatory supervised quarantine over concerns the Tacoma Trader cargo vessel, which sailed from Singapore on June 5, could have been carrying Covid-19.

The ship’s crew has since been tested twice for the virus and returned negative results, the Maritime Union of Australia said on June 23.

It wants the men released, saying the crew’s results show the port workers aren’t at risk of contracting the virus.

He said the Western Australian Chief Health Officer had used the same results to clear the ship for entry by port workers after the Tacoma sailed from Darwin to Port Hedland.

“It is now abundantly clear there was never any risk to the community, yet Northern Territory Health are more interested in saving face than doing the right thing and allowing these Darwin workers to return home to their families.”

The men are scheduled to be released at noon on June 25 upon the completion of the two-week quarantine order.

The Australian Border Force is a law enforcement agency, part of the Department of Home Affairs, responsible for offshore and onshore border control enforcement, investigations, compliance and detention operations in Australia.