The siblings live on their own without maternal care, eating as much as adults.
By Georgina Jadikovskaall June 23, 2021
Facebook
Twitter
Linkedin
Email 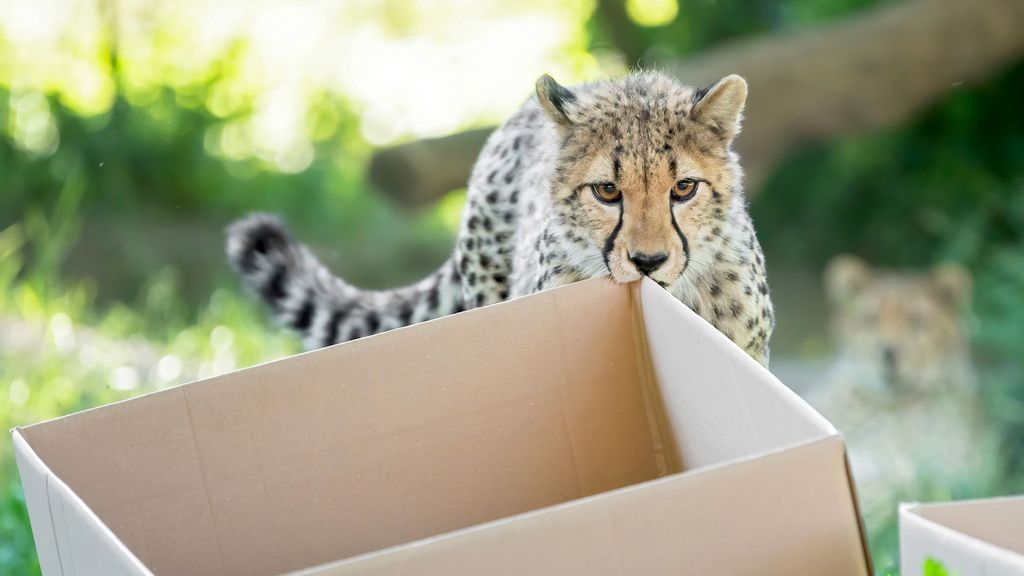 The first birthday of the cheetah quadruplets in the Tiergarten Schonbrunn Zoo in Vienna, Austria. (Daniel Zupanc/Zenger News)

Four cute and playful cheetah quads just celebrated their first birthday at an Austrian zoo by enjoying the warm weather in their outdoor enclosure.

Two of the four females, Sibaya and Malkia, and two males, Tuli and Paka, live at the world’s oldest zoo, the Tiergarten Schonbrunn Zoo in Vienna, where they turned one on June 22.

“The four are almost as tall as their mother. Sometimes, you have to look twice to distinguish them from [their mother] Afra,” said Stephan Hering-Hagenbeck, zoo director.

The zoo director reported the quads live on their own without maternal care. They are already eating as much as adult cheetahs — up to two 4.4 lb. meals of meat per day.

“Their mother no longer has to keep an eye on them all the time. The four siblings jump around and chase each other until there is dust swirling through the air,” said Folko Balfanz, the head of the Zoo department.

In order to celebrate the cubs’ first birthday, the zoo carried out an experiment to test whether big cats, like domestic cats, love snuggling up in oversized cardboard boxes.

The animals promptly tore them up.

“Our cheetahs were extremely curious and approached the unknown objects with suspicion. The lively youngsters sniffed the boxes and then carried them away and tore them up,” said Balfanz.

Cheetahs are listed as “Vulnerable” by the International Union for the Conservation of Nature (IUCN) Red List of Threatened Species, but after a recent study revealed significant population declines, scientists are calling for cheetahs to be listed as “Endangered.”

The cheetahs in the Tiergarten Schonbrunn Zoo are part of the EAZA Ex-situ Program which was formerly known as the European Endangered Species Program.

EAZA is an organization for the European zoo and aquarium community that links over 340 membership organizations in 41 countries. Its mission is to promote cooperation for furthering regional collection planning and wildlife conservation, mainly through coordinated breeding programs of wild animals.

In accordance with the program’s objectives, the two cheetah males, Tuli and Paka, will be transferred to other zoos when they turn one and a half years old, while their female siblings Sibaya and Malkia will remain in the Viennese zoo for an undetermined period of time.