The U.S. is a nation of immigrants. And while each story is distinct, all share a collective experience. 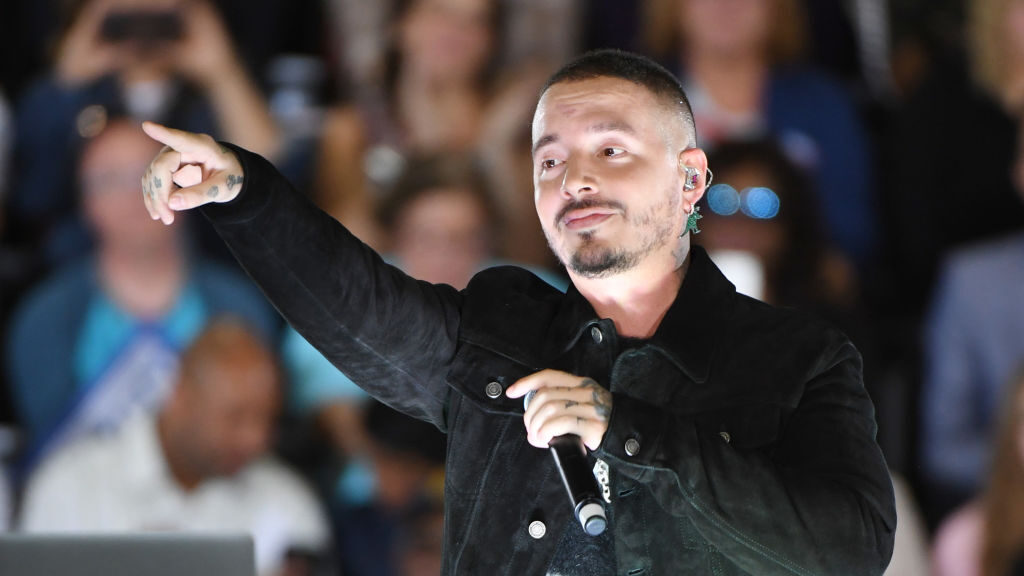 Balvin is one of the biggest stars of reggaeton, a hybrid of raggae and hip hop originally from the Caribbean region, whose influence has gone global. (Ethan Miller/Getty Images)

Reggaeton artist J Balvin has something to say about immigration.

And he shared it with American children on the Nickelodeon cable channel alongside a few other U.S. personalities who immigrated from other countries.

Balvin, a world top-selling artist known as the Prince of Reggaeton, appeared on “Nick News: Kids, Immigration and Equality on June 17. The half-hour special delves into compelling stories of immigrants, including young people and families searching for a better life in the U.S.

CBS News correspondent Jamie Yuccas hosted the show. He highlighted immigration stories and messages of hope from the Colombian singer and other featured guests, such as comedian Samantha Bee from Canada, television host Padma Lakshmi from India and professional basketball player Ben Simmons from Australia.

Hear the stories of how these Americans came to the U.S. and their desire to stay here #NickNews pic.twitter.com/xjFXaQ0b6S

Speaker of the House of Representatives Nancy Pelosi (D-California) also appeared on the children’s show.

“Every immigrant’s story is individual, and yet in the U.S, it is a collective experience many can relate to,” said Magalie Laguerre-Wilkinson, vice president of news programming at Nickelodeon and executive producer of “Nick News.”

More than 25 percent of children under 18 in America have a parent or grandparent that is an immigrant, according to Laguerre-Wilkinson.

“As we take time to acknowledge the many contributions immigrants have made to the United States, ‘Nick News: Kids, Immigration and Equality’ aims to platform the stories of these remarkable individuals and families to highlight our shared history and showcase that despite our perceived differences, we are more alike than different,” she said.

Balvin is one of the biggest stars of reggaeton, a hybrid reggae and hip hop created in the Spanish-speaking countries of the Caribbean and whose influence has gone global.

With five albums under his belt, including one with reggaeton star Bad Bunny, Balvin is known for hits such as “Ginza,” “6 AM,” “Ay vamos,” “Bobo”, “Safari”, “Sigo extrañándote” and “Mi gente.” The latter topped the Global Top 50 on Spotify and reached 1 billion views on YouTube. His collaboration with Cardi B and Bad Bunny on the 2018 hit single “I like it” won him a nomination for the Grammy Award for Record of the Year. His most recent album is “Colores.”

“Nick News: Kids, Immigration and Equality” began with the story of early immigration from Europe, detailing the hope for a better life that drove many families to settle in the U.S. It also talked about the “Dreamers,” youth brought to the United States when they were minors and now protected by the Deferred Action for Childhood Arrivals (DACA) program.

The segment presented the powerful stories of three young community advocates in their search for the American dream: Luz Chavez-Gonzales of Gaithersburg, Maryland, Kamau Chege of Seattle, Washington, and Estefany Pineda of East Boston, Massachusetts.

Enrique Acevedo, a “60 Minutes Plus” correspondent, took viewers to Hazleton, Pennsylvania, a town that welcomed European immigrants to fuel its coal-mining industry over 100 years ago. But when the city faced modern-day challenges, some community members sought to stop Latino immigrants from moving to the area in the late 1990s.

However, Joe Maddon Jr., the manager of the Los Angeles Angels and a Hazleton native, sought to end the divisiveness that overtook the community. To help his hometown heal, he created the Hazleton Integration Project, (HIP).

A community-based center, the HIP’s goal is to unite the multicultural residents of Hazleton through various programs, including English as a second language, a series of virtual STEM afterschool classes, and sports programs.

The organization’s programs are highlighted via the stories of five kids whose families have emigrated to Hazleton from the Dominican Republic and who have found much-needed resources and a sense of community at the HIP.

Additional segments include a mention from former President George W. Bush’s new book “Out of Many, One: Portraits of America’s Immigrants,” a collection of 43 portraits of immigrants painted by Bush. It highlights the inspiring journeys of America’s immigrants and their contributions to the U.S.

Following the “Nick News: Kids, Immigration and Equality” premiere, the show will be available on Nick.com, Nick App and Nick On Demand beginning June 18 and on the Nickelodeon YouTube channel on June 22.

Nicholas Melillo Discovers The ‘Foundation’ For The Perfect Cigar