Patience: The Key To Mexico’s Bureaucracy 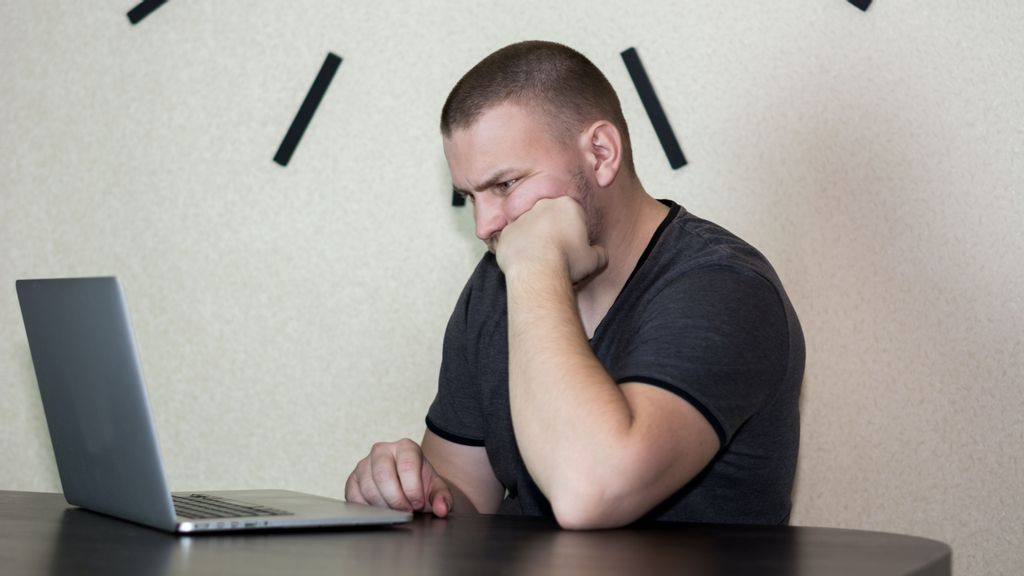 For those who do not have Internet access or who do not know how to use it correctly, bureaucratic procedures in Mexico are an ordeal. (Bermix Studio/Unsplash)

MEXICO CITY — Alejandro Ruiz tells of his experience with Mexico’s slow-moving bureaucracy, trying for nearly a year to access his pension.

“I was barely 65 years old. I began my retirement in April 2020. First, I spoke on the phone with the people of the Secretariat of Wellbeing to receive my pension and gave them all my information. Then, they told me that the whole process would be quick and that they would soon contact me,” he said.

“Then came July. I phoned them again and asked if there was a folio number that I could use to track how the process was going. They, once again, told me that the process would be quick and that someone would go to my house to pick up my documents. In September, I called them again and gave them my information for the third time. A civil servant told me the address where I needed to deliver my documents. I checked the address and found that it was not the module assigned to my area.

“When I brought this information up, they apologized and told me that they would go directly to my house and give me the card to withdraw my pension. However, as of January 2021, I still had no response. I kept calling day and night, and nobody knew how to help me. They keep me asking for the same information and documents. The webpage, which theoretically was made to help people such as myself, does not help at all,” he said.

Due to the COVID-19 pandemic, government offices closed their doors for a year. Though Mexico’s government soon began to answer phones to help people with all procedures, people soon found out that no matter how much they dialed a number, the only answer they would receive was a pre-recorded message, telling them to dial another number, without offering real solutions.

Those who tried the government’s Internet pages were more fortunate — that is, if they managed to pass the ‘I am not a robot’ captcha or if the page did not collapse due to the high amount of web traffic.

“By being responsible with our bureaucratic procedures, we avoid having a paternalistic and corrupt government,” said Columba Burgos, a civil servant of Mexico City’s Secretariat of Inclusion and Social Welfare.

According to those who have had to carry them out, bureaucratic procedures in Mexico have always been an ordeal. Nowadays, thanks to the availability of ATMs, the ability to fill out forms online, and the fact that many bills can be paid at supermarkets, the situation has changed. However, this begs the question, have bureaucratic processes remained slow and time-consuming, or has the COVID-19 pandemic made them worse?

The National Quality and Government Impact Survey prepared every two years by the National Institute of Statistics and Government (Instituto Nacional de Estadística y Geografía, INEGI), collects information on the public perception of how efficient the government’s procedures and services are.

In 2019, the last year that the survey was conducted, only 47.2 percent of those in urban areas were satisfied with essential public services. At the same time, 15.7 percent of the population reported being subjected to corruption while carrying out a procedure, paying for service, or contacting a civil servant.

According to the results of the fourth national census of Mexico’s federal government in 2020, during 2019’s last quarter, the Federal Public Administration had 312 public institutions.

During the year, these institutions received 342,973,226 procedure requests. The most frequent one was the consultation and printing of the Unique Population Registry Code (Clave Única de Registro de Población, CURP) with 171,264,028 requests.

“Due to the COVID-19, the government created several web pages for bureaucratic needs. People no longer had to wait in long queues for hours. Each government institution has its webpage where people can agree to an appointment or know what steps to follow for any given procedure,” said Burgos.

Guillermina Anguiano, a retiree, said that “making an appointment to withdraw my INFONAVIT funds (Institute of the National Housing Fund for Workers) was easy enough. I entered their webpage and then made them a phone call. I made the call at the beginning of May. I received my funds on July 2 — relatively quickly — despite the midterm elections and that the nearest Institute module is far away from my home. The only pending procedure is to make an appointment to obtain an elderly discount for paying property tax in Mexico City. I know what documents I need to give to the government. I only need to know the date of when I can go.”

The ease of making online appointments are diminished for those without Internet access.

“It is important to know how to use the Internet, as there is no one that can help us, and we have to do it on our own,” said Anguiano. “This is how I have done all my paperwork. The procedures go fast so long as people know what documents they need to keep at hand.”

The government is trying to help those without constant internet access by installing digital kiosks with continuous Wi-Fi.

Burgos explained that people could quickly resolve their doubts and concerns on their own. “If someone wants to do a procedure, they must investigate how to do it. It will make their life easier. It is important to be responsible and learn how to fill out a form. Each government institution has a specific function, and citizens have an obligation to know them.”

She said that the public must be responsible and knowledgeable about their procedures to diminish the possibility of corruption. “When people pay an external person to fill a document or to avoid the bureaucratic process, that, by definition is corruption. This is never going to help us change the way the government works.”

Meanwhile, some people complain about obstacles when making Internet appointments to fix their documents’ information.

Due to the elections, Anguiano said that he could not obtain an appointment for the Tax Administration Service (Servicio de Administración Tributaria, SAT) to pay her taxes as “the offices were closed the entire month of May.”

Burgos explains why government offices were closed for the midterm elections on June 6. “As civil workers of Mexico’s City government, we must stop all procedures and programs an entire month before the elections take place, as to avoid candidates to use the government institutions to proselytize and gain additional voters.”

However, many people have said their procedures get stuck at election time and that there’s a lack of organization, interest, or empathy from bureaucrats. The pandemic, of course, has complicated everything.

Many offices closed down, leaving only the local police in charge of informing the public of bureaucratic procedures.

“I have not made any progress with my Social Security (Instituto Mexicano del Seguro Social, IMSS) papers to gain my widower’s pension,” said Anguiano. “The procedure information was given to me by the police officers guarding the IMSS office entrance, but they give it incomplete or incorrect.”

The bureaucratic processes can be time-consuming. “There are many people outside the few open government offices. The civil servants have us wait above an hour before being able to enter and give them our documents,” said Anguiano. “I already missed an appointment and, so far, have been unable to get another. I have to start the whole process from the start. The elections have further complicated the bureaucratic procedures.”

Ruiz recalls his experience with his retirement pension. “In March, they finally gave me my card without any explanation. I had to insist almost a year for them to give me an answer. It was tedious because I had to wait 40 minutes each time I called them before answering me. It was extremely disorganized, and the workers had no empathy.”

It has been a desperate situation for many people.

“It was a year filled with anguish and uncertainty. I received no help from the Secretariat of Welfare. The cashier declined the card that they themselves had given me. The queue in front of me was long, and it seemed like it was going to be time expensive. Fortunately, there was a phone number at the entrance of the building. After I called that number, I finally was able to use my retirement card,” said Ruiz.

“Any procedure to do in a government institution is an ordeal,” he said. “The only way to avoid it from being time-consuming is to research what documents one needs and know what steps to follow to make it as easy as possible.”