Omar Juarez balances his fighting career and philanthropy work in his Texas hometown. 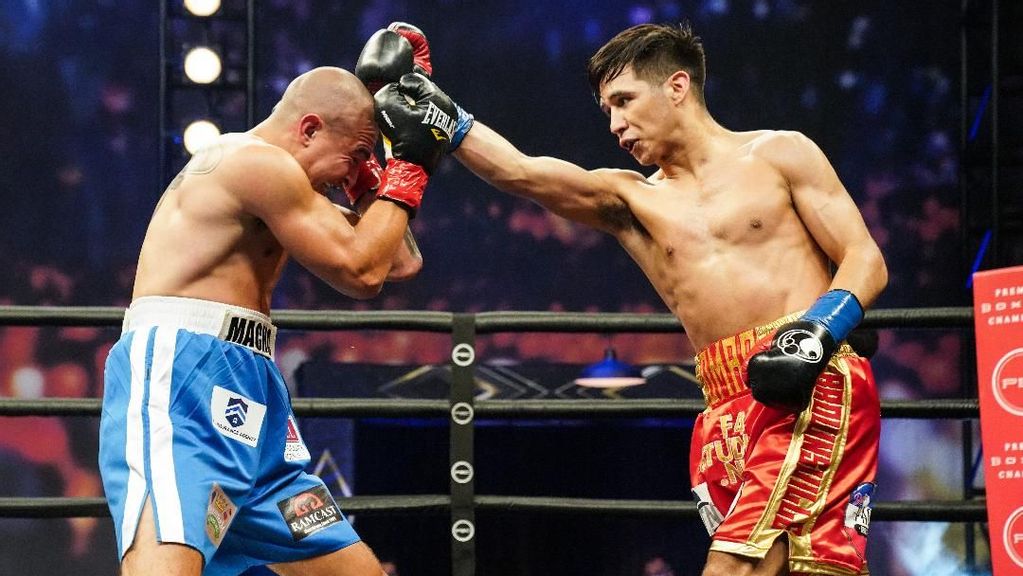 The life of a fighter can be exhausting. The need to make weight is draining, as is the constant training to hone their craft in hopes of becoming a world champion.

For Brownsville, Texas, native Omar “El Relámpago” Juarez, boxing is the platform to showcase his talents as well as his hometown pride. The undefeated super lightweight prospect (11-0) is constantly giving back through various nonprofits and programs, including helping families who have children with Down syndrome.

Juarez is currently preparing for what could be his toughest opponent yet against All “The Machine Gun” Rivera (21-5, including 18 knockouts). That fight will be the opener on a card headlined by unbeaten WBA super middleweight champion David Morrell Jr. defending his title against undefeated challenger Mario Cazares on FOX Sports on June 27, broadcast live from Minneapolis, Minnesota.

With camp winding down, Zenger News spoke to Juarez about his upcoming bout, inspiring his community and his goal to become Brownsville’s first world champion.

Zenger: How’s training coming along for the fight against Rivera?

Juarez: Everything is good. Coming up on the last of sparring, so physically we’re a little tired, but ready to close strong.

Zenger: When you watch Rivera, what do you think of him as an opponent?

Juarez: He’s going to be a very strong fighter, he’s solid. He’s had a couple of fights at welterweight. I know whatever he brings to the table, I will be ready for it. I’m also excited that he’s a southpaw, because I feel like I have a lot of abilities that people haven’t seen. I have a lot to prove to myself.

Zenger: You fought in your first 10-rounder in your last fight, and it went the distance. Does that benefit you in this next bout, which also goes 10?

Juarez: I know that I’m ready. Since I started fighting in six rounders and eight rounders, I would tell my cornerman that I still had a lot left in the tank. Even this last fight, it was the last round and I felt like I could’ve done four more rounds. I know that I am physically, mentally and emotionally in the best shape of my life. A lot of people have doubted me in my last couple of fights, and they’re going to doubt me in this fight as well, so I have a lot of people to prove wrong. This fight is the particular one that I’ve been asking for.

Zenger: You’ve been putting Brownsville, Texas, on the boxing map. The fact that so many of your fights have been televised, and this one is no different, I’m sure makes it easier to put eyes on your city.

Juarez: It’s a blessing. It’s a dream come true. The only thing Brownsville is known for is for being the unhealthiest city in the U.S. So, that’s not really a good thing, but eventually I want people to know that Brownsville is the home of the Juarez brothers, including me. I’m making noise slowly but surely, one fight at a time.

Zenger: Not to overlook Rivera, but a lot of dust is settling within the 140-pound weight class with several top prospects emerging. Where do you want to fit in within the division following this fight?

Juarez: After this fight, I know they’re going to keep me busy, for sure. I’m hoping to get maybe two more fights. I know there will be bigger gaps since the rounds are going up, but we’re just taking it one fight at a time. I have the best managerial team in the world. They’re doing a really good job at getting me publicity, building me up the right way, giving me different styles to prepare me for those elite-level fights later on in my career.

Zenger: Stylistically, your fights are always exciting. What are you expecting on the 27th?

Zenger: You’re so much more than a fighter. You’re always heavily involved in your community, and you do a ton of philanthropy work. Have you found a balance between your career and helping others, because they can both be demanding?

Juarez: It is a balance, brother. Training does get exhausting sometimes, both physically and mentally. But that’s something that I have never dreaded doing since I graduated from high school at 16. I’ve always given back to my community. I was raised that way, to remember where I’m from.

Zenger: Tell us a bit about Nathan Rios and his paintings of you — it’s a pretty special story.

Juarez: Wow! That actually caught me off guard. I was trying to hold back tears. It was such an inspiring story. This kid was born blind, he listened to my fight and after hearing everything that I do for the city, it motivated him to paint a portrait for me. It was something so surreal and brought out so many emotions, it was hard to keep the tears in. I carry every special needs kid … every event that we have, I promise them that I carry them in my heart, and I’m going to do it all the way to a world title.

Zenger: I’m sure it helps a lot that the WBC’s outreach program is getting you in front of the right people.

Juarez: Absolutely. It was actually after my last fight that [WBC president] Mauricio Sulaiman came out to Brownsville because another ambassador — RJ Mitte, the actor from “Breaking Bad” — was at the mall in town for a premier of his new movie “Triumph.” It was very inspiring, and it was great to meet RJ. I definitely want to thank the WBC for everything that they do for me. Any events that they have, I gladly show up, gladly represent them, not just them, the city of Brownsville nonprofit organizations that help kids with special needs, “Down” By The Border. We’re just making noise one fight at a time.

Zenger: What’s your ultimate goal in the ring?

Juarez: I want to be something that the sport has never seen before. I want to be the David Goggins of boxing. I will continue to do it all the way to the top.

Zenger: I remember speaking to you when you were just starting out. Now 11 fights in, how have you evolved as a fighter?

Juarez: I’m getting very comfortable in the ring. I know that physically I still have a lot to prove and to show. My capabilities in the ring are only getting better. We are taking it one fight at a time, and I feel like very soon, the world is going to hear about Omar Juarez.

Zenger: Anything else you want to add?

Juarez: It’s going to be fireworks on the 27th. I trained very hard, I sacrificed everything and dedicated my life to this lifestyle and there is no way I can be beat. I watched his last two fights, but I know that no matter what, he is going to be a different fighter than his last fight, just like myself. So, I try not to pay attention to footage.

I show up in the ring, and at the end of the day we’re fighters, so we adapt. It takes me maybe 30 or 40 seconds to adapt, and once I have them figured out, that’s when I start to have fun. Thanks everybody so much for the support, all my sponsors and supporters, the city of Brownsville, my community, Rio Grande Valley. Brownsville is going to have its very first world champion real soon.