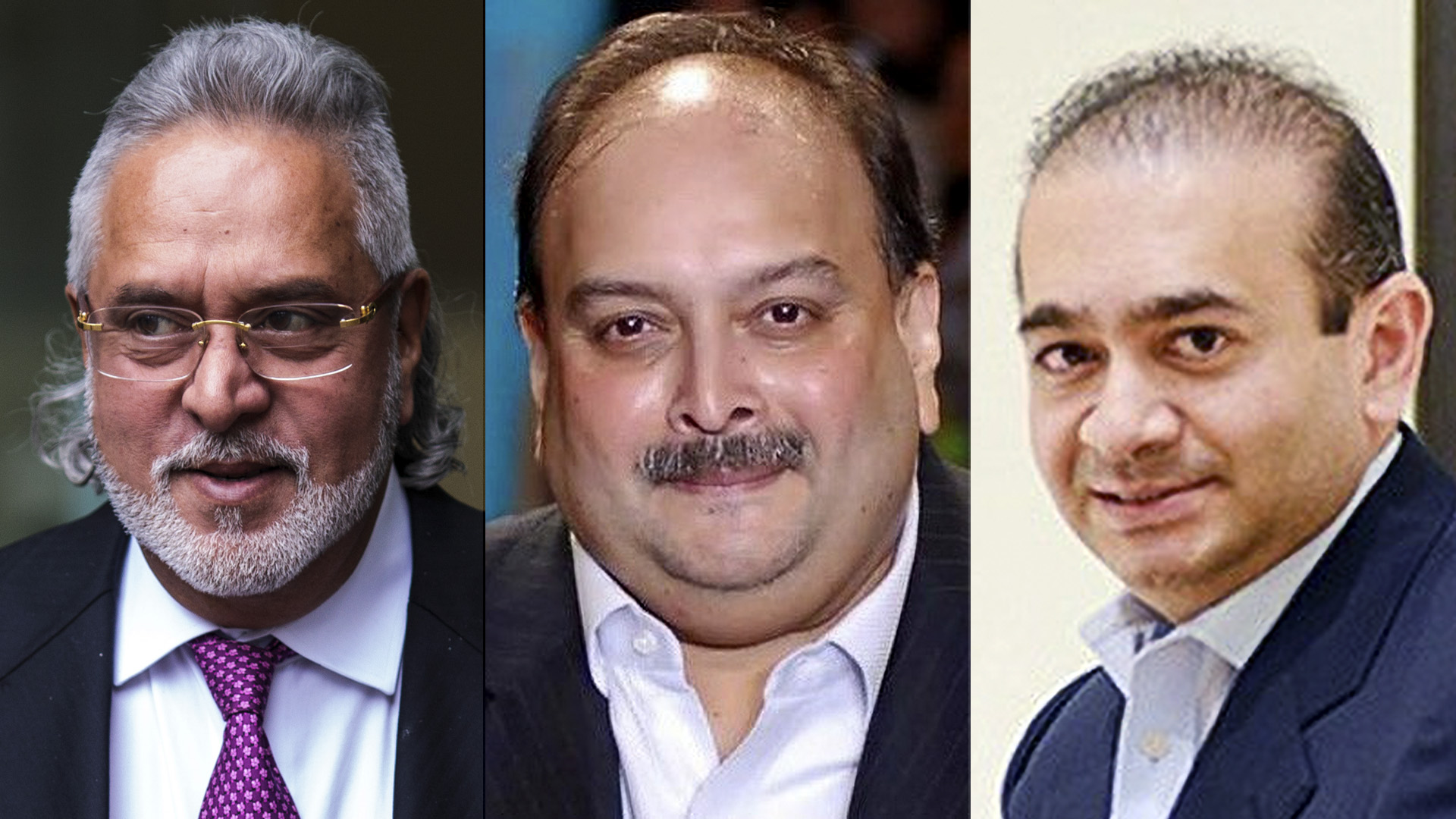 (Left to right) Vijay Mallya, Mehul Choksi, and Nirav Modi defrauded various public sector banks in India by siphoning off the funds through their companies, resulting in a loss of INR 22,585.83 crore ($3 billion) to the banks. (Getty Images, ANI)

Mallya, Nirav, and Choksi had defrauded various public sector banks in India by siphoning off the funds through their companies, resulting in a loss of INR 22,585.83 crore ($3 billion) to the banks.

The Enforcement Directorate’s investigation based on a First Information Report by India’s Central Bureau of Investigation proved that the accused used dummy entities controlled by them, for rotation and siphoning off the funds provided by the banks.

Assets worth INR 18,170.02 crore ($2.45 billion) have so far been seized by the Enforcement Directorate — India’s law enforcement and economic intelligence agency.

The seized assets include properties worth INR 969 crore ($130 million) located in foreign countries.

“Of the total seized assets, assets worth INR 329.67 crore [$44.5 million] were confiscated, and assets worth INR 9,041.5 crore [$1.22 billion], representing 40 percent of the total loss to the bank, have been handed over to the public sector banks,” it elaborated in a press release.

Prosecution complaints, along with extradition requests to the United Kingdom, Antigua, and Barbuda, have been filed against all the three accused after the completion of the PMLA investigation, the release informed.

Since, Mallya has been denied permission to file an appeal in the U.K. Supreme Court, his extradition to India has become final. Nirav, too, will be extradited to India.

According to the release, Nirav has been in London jail for the last two years and three months on the basis of an extradition request by India.

“The Enforcement Directorate has indeed attached assets much more than the money due to the banks,” Vijay Aggarwal, advocate in the Choksi case, said.

“Further, if one looks at the principal amount and the kind of haircut banks are taking, in this case, banks will recover more than 100 percent of the principal as well as interest.”

“For the people, who have been declared fugitive, I have my doubts as to how will banks get the money as in the Fugitive Economic Offenders Act. There is no provision to give the money to the victims and the money is confiscated by the central government.

(With inputs from ANI)
(Edited by Anindita Ghosh and Amrita Das)