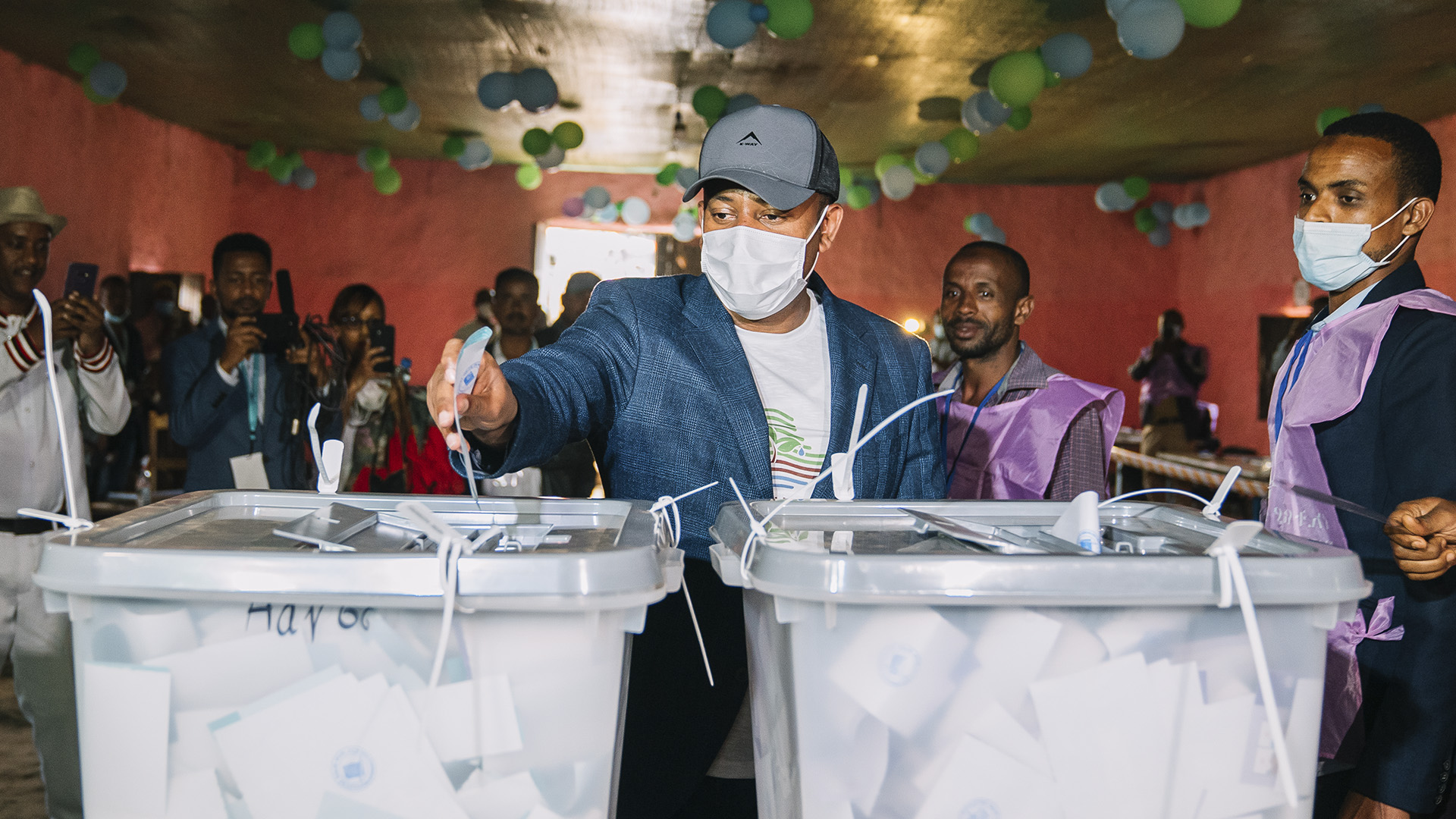 ADDIS ABABA, Ethiopia — Ethiopia, Africa’s second–most-populous country, held parliamentary polls on June 21, in what authorities tout as a step in the emergence of lasting multi-party democracy.

Abiy came to power in 2018 on a wave of discontent against “a system of ethnic favoritism” accompanied by the authoritarian, Tigrayan-led regime that had ruled the country for decades.

The polls are for the elections of the House of Representatives and were slated for August 2020 but were postponed twice to halt the spread of the Covid-19 pandemic.

The postponement of the polls led to friction between the Federal and regional governments, leading to an outbreak of fighting in the northern Tigray province in November 2020.

Since then, the Tigray People’s Liberation Front, the powerful political party that essentially ruled Ethiopia from 1991, has waging a guerilla-style conflict against Ethiopia’s military.

Meanwhile, the election was weakened by widespread insecurity, logistical issues, and political disputes. At the same time, a fifth of polling stations in the rest of the country was not opened due to security concerns or improperly printed ballots, according to the country’s election commission.

Abiy’s initial moves toward opening up political and media freedoms were widely lauded. His peace overtures to Eritrea, which formally ended a long and brutal war, earned him a Nobel Peace Prize.

While Abiy is widely expected to be reelected, his standing both within and outside Ethiopia has been dramatically diminished since the war in Tigray began.

The United States, which was once a close ally of the African country, has now imposed sanctions on top government officials for their alleged roles in serious human rights violations in Tigray.

Moreover, the European Union withdrew its election observers after disagreeing with the government on the mission’s ability to move and communicate independently.

The continued detention of some of Ethiopia’s most popular opposition leaders, particularly in Oromia, the country’s most extensive and most populous region, has eliminated Abiy’s primary challengers from the vote.

Meanwhile, fighting in Tigray continues as aid agencies report having unfettered access only to a handful of cities where the government has re-established control.

Trips beyond those cities have resulted in numerous instances of aid workers being killed or assaulted, vehicles and their loads confiscated, and an inability to reach those trapped behind rapidly shifting battle lines.

There is reason to worry that this election will destabilize Ethiopia since many newly elected legislators may be seen as illegitimate by their constituents due to opposition boycotts, deepening existing tensions.

«Previous Post
Nuclear Waste Facility Still Up For Grabs: Australian Officials »Next Post
It Is Dangerous To Be An Ahmadi In Pakistan, Says US Expert