Russells Seek To Become The Next ‘First Family’ Of Boxing

Gary Antuanne Russell and his two older brothers are making their mark in the ring.
By Joseph Hammond June 22, 2021
Facebook
Twitter
Linkedin
Email 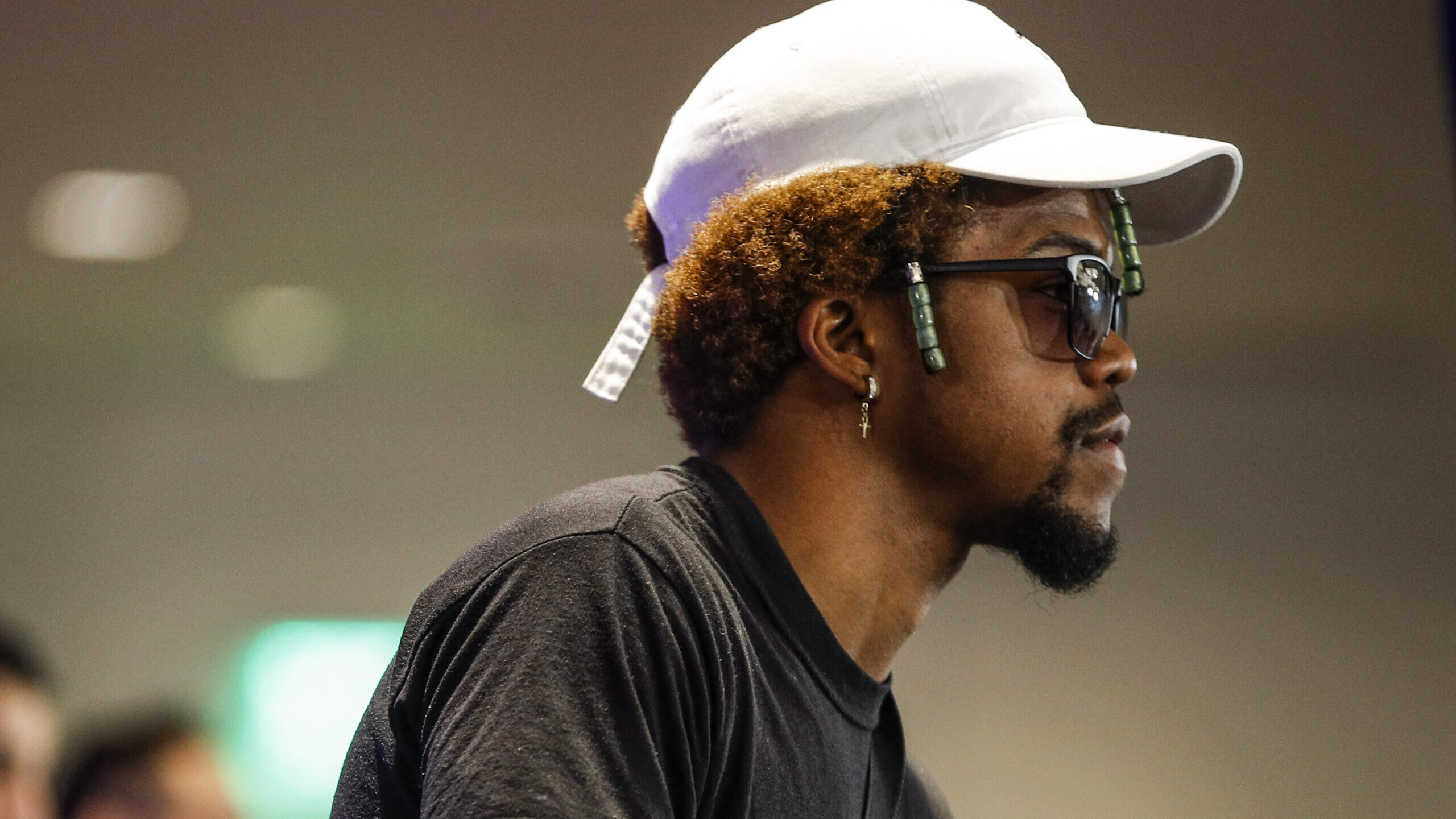 Gary Antuanne Russell made his professional debut in 2017. (Esther Lin/SHOWTIME)

Gary Antuanne Russell is increasingly a force to be reckoned with in boxing’s junior welterweight division. Russell scored a knockout win over Jovanie Santiago in their match on May 29 that announced him as a force to contend with.

His latest fight makes it 14 straight wins, all by knockout, for the 25-year-old. The bout, which took place in Carson, California, was only his second win away from the East Coast.

“It’s a matter of time [being prepared to fight away from home]&mldr; and like a good dog, you’ve got to be prepared. A good dog isn’t just protective in its own backyard— he’s protective anywhere,” said Russell, who comes from a boxing family that incudes a number of undefeated stars and potential stars.

Gary Antuanne Russell made his professional debut in 2017 on a card that also featured two of his older brothers, Gary Allen Russell Jr. and Gary Antonio Russell. The 28-year-old Gary Antonio is undefeated in 18 fights in the bantamweight division, while Gary Allen Jr., 33, has held the WBC featherweight title since 2015.

History is no stranger to boxing brothers or fighting families. Muhammad Ali‘s daughter, Laila Ali, is a contender for the greatest female fighter ever. She ended her career in 2007 with a 24-0 record and world titles at both super-middleweight and light-heavyweight.

In recent years, two brothers have risen to pugilistic prominence: Jermell and Jermall Charlo. The identical twins have been simultaneous world champions, and confused boxing rivals have called out the wrong Charlo at events.

The Russells would like to follow in the Charlos’ footsteps. With Gary Antuanne Russell’s most recent win on national television and Gary Antonio Russell recently defeating former world champion Juan Carlos Payano, the Russells are on the precipice of being the next “first family” of boxing. A source close to the Russell camp told Zenger News that Antonio Russell will be fighting for the WBA Interim Bantamweight title against Emmanuel Rodriguez on Aug. 14th in Carson, California.

The younger Russells gained their passion for the sport from their father, Gary Russell Sr.

“I am looking forward to Antaunne being champion,” said Gary Sr. “The prospects are hot pertaining to Antuanne because he is aggressive and can sustain his aggression for over 12 rounds. He has speed plus aggression.”

Every time one of the Russells fight, it’s a family affair involving the brothers and others. Gary Russell Jr. was in the ring as a coach for his younger brother’s fight against Santiago.

In the aftermath of that fight, Gary Antuanne Russell called out former four-division world champion Adrien Broner as a future opponent. Broner would mark a significant step-up in class compared to his previous opponents. Russell also named Baltimore lightweight sensation Gervonta “Tank” Davis for a possible fight — and as a potential opponent for his brother Gary Russell Jr., as well.

“Antuanne would walk through Tank because he is naturally bigger and has speed. Tank can only punch. Antuanne would be reminiscent of Ali in his approach to Tank. You can’t punch what you can’t see,” said Gary Sr.

The elder Russell brother noted that Davis can either “come up to 140 pounds to fight my brother, or he can come down to featherweight to face me. Either way, we can handle him — we will be ready.”