After a 9-0 ruling, college athletes will be compensated for the first time — but the wealth gap between schools will widen too.
By Ali McCadden June 22, 2021
Facebook
Twitter
Linkedin
Email 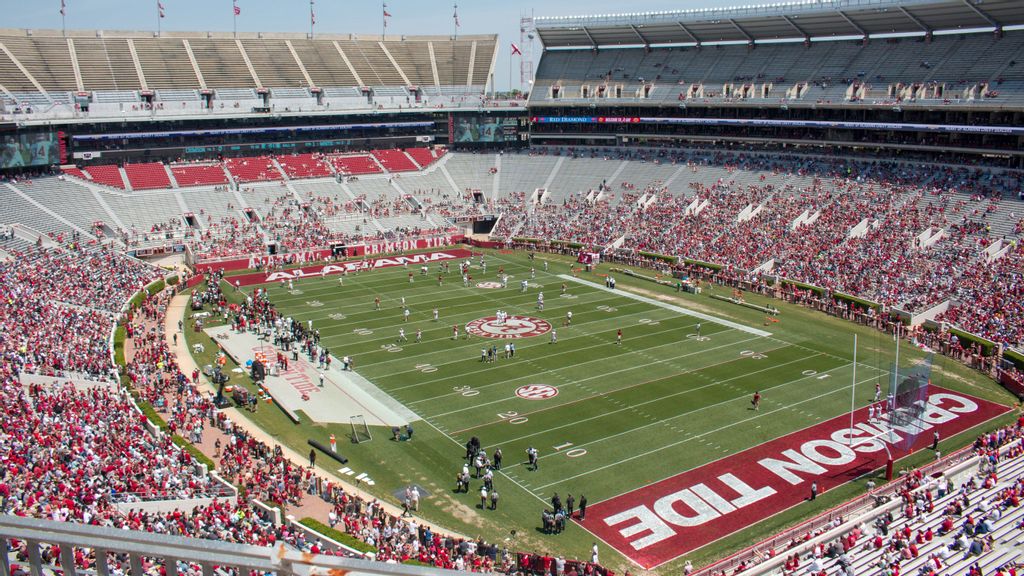 Bryant Denny Stadium, in Tuscaloosa, Alabama, where the University of Alabama's Crimson Tide may be one of the winners from the Supreme Court's landmark ruling that the NCAA can no longer ban player compensation. (Brayden George/Unsplash)

The biggest college sports teams will get even wealthier after a landmark Supreme Court ruling ending the limit on compensating student athletes, experts told Zenger News — and lawyers look set to win too, with the ruling opening up more avenues for litigation against the National Collegiate Athletic Association.

Schools in the elite Power Five conferences will soar ahead of less wealthy foes due to the ruling, Luke Cornelius, director of the University of North Florida’s higher education administration told Zenger. The Power 5 includes the biggest names in college sports, such as Ohio State, the University of Alabama and the University of Texas.

The Supreme Court’s nine justices ruled unanimously Monday that the NCAA violated antitrust laws by limiting education-related compensation to college athletes. Though the decision was limited to payments relating to education, the case opens the door for future legal challenges against the NCAA, analysts said.

The decision could upend the business of college sports, which had for years resisted calls to pay its athletes.

Coach Nick Saban of The University of Alabama, for instance, made over $9 million in 2020, with his Crimson Tide taking in some $164 million but allocating only about $2.6 million for spending on the students who are the stars of college sports, according to USA Today’s annual report on collegiate athletics finances. The University of Texas, meanwhile, grossed over $200 million in revenue over 2018-2019, but allocated $0 back to students.

The most lucrative single deal in other college sports is the television rights to the “March Madness” tournament in men’s basketball, which were worth $867.5 million to the NCAA in 2020.

None of that income could go directly to the players.

But the new’ ruling could dramatically change that.

The suit was originally brought to court in 2014 by Shawne Alston, a former West Virginia football player. Alston won at federal district court and beat the NCAA again when it appealed to the 9th Circuit, which ruled in his favor last year. Each time, he argued that by limiting the amount of education-related benefits colleges could provide, the NCAA restricted competition and violated the Sherman Antitrust Act of 1890.

Though the Supreme Court ruled once before in 1984 that the NCAA’s television programs violated the act, applying the act to a non-profit organization like the NCAA is unusual, said Cornelius.

The NCAA previously limited benefits to free tuition, room and board and other expenses related to basic college attendance costs. Based on the new ruling, colleges can now provide their athletes with unlimited compensation, so long as the benefits go toward a student’s education.

“By permitting colleges and universities to offer enhanced education-related benefits, [the lower court’s decision] may encourage scholastic achievement and allow student-athletes a measure of compensation more consistent with the value they bring to their schools,” wrote Justice Neil Gorsuch in the court’s opinion.

Gorsuch only included compensation relating to education in the opinion, leaving the larger question of salary pay for college athletes unanswered. He wrote that while some might think enhancing education-related compensation for athletes is not enough, others will think the benefits are too much for “amateur athletics.”

Ultimately, he agreed with the 9th Circuit’s assessment that their task was “simply to review the district court judgment through the appropriate lens of antitrust law.”

“Nowhere else in America can businesses get away with agreeing not to pay their workers a fair market rate,” Kavanaugh wrote. “And under ordinary principles of antitrust law, it is not evident why college sports should be any different. The NCAA is not above the law.”

Cornelius said that Kavanaugh’s opinion “at the bare minimum” invites a future plaintiff to return to the case and argue on the issue of the NCAA’s payment system.

“It guarantees that we’re going to see more lawsuits based on this in the future,” he said.

Cornelius also said the ruling could increase the wealth gap within college athletics.

Colleges in the Power Five conferences will likely have the resources to give their athletes greater compensation, while smaller colleges struggle to keep up with the incentives offered to talent, he said.

“If they want to keep that process going, they’re going to have to compete with this additional compensation with the big, rich established schools, even more than they already were,” he said of non-Power Five colleges.

But name, image and likeness legislation, though not connected to the Supreme Court’s ruling, “might give other colleges who are not as well resourced a competing recruitment tool,” said Jodi Balsam, law professor at Brooklyn Law School.

She said if one college offers as many education benefits as permitted to a student, another school can offer access to name image and likeness opportunities that might be worth more, resulting in a counterbalance.

The ruling could also increase the likelihood of students staying in school and obtaining a four-year degree, said Matt Mitten, executive director of the National Sports Law Institute.

Football athletes have to wait three years past their high school graduation before they can play for the NFL, and Mitten said if athletes receive compensation they might be more willing to stay for a fourth year to graduate.

Mitten also said the ruling might benefit college athletes who are unsure if they will play professionally.

“Hopefully they’d stay in school longer and develop their skills, playing the sport another year or two, and then earn their degree,” he said.

For Balsam, the ruling puts college athletes on equal footing with their peers. While student musicians or programmers could put their skills to use and receive payment, athletes could not, up until now.

“It was only college students who suffered this sort of constricted and limited access to monetize the single thing that they brought to the college campus,” she said. “So now we have a decision that enables college athletes to access at least education related benefits that are commensurate with the value that their talents bring to campus.”