Company co-founders are moms who want to give parents quick answers to concerns about their little ones’ health.
By Abigail Klein Leichman June 22, 2021
Facebook
Twitter
Linkedin
Email 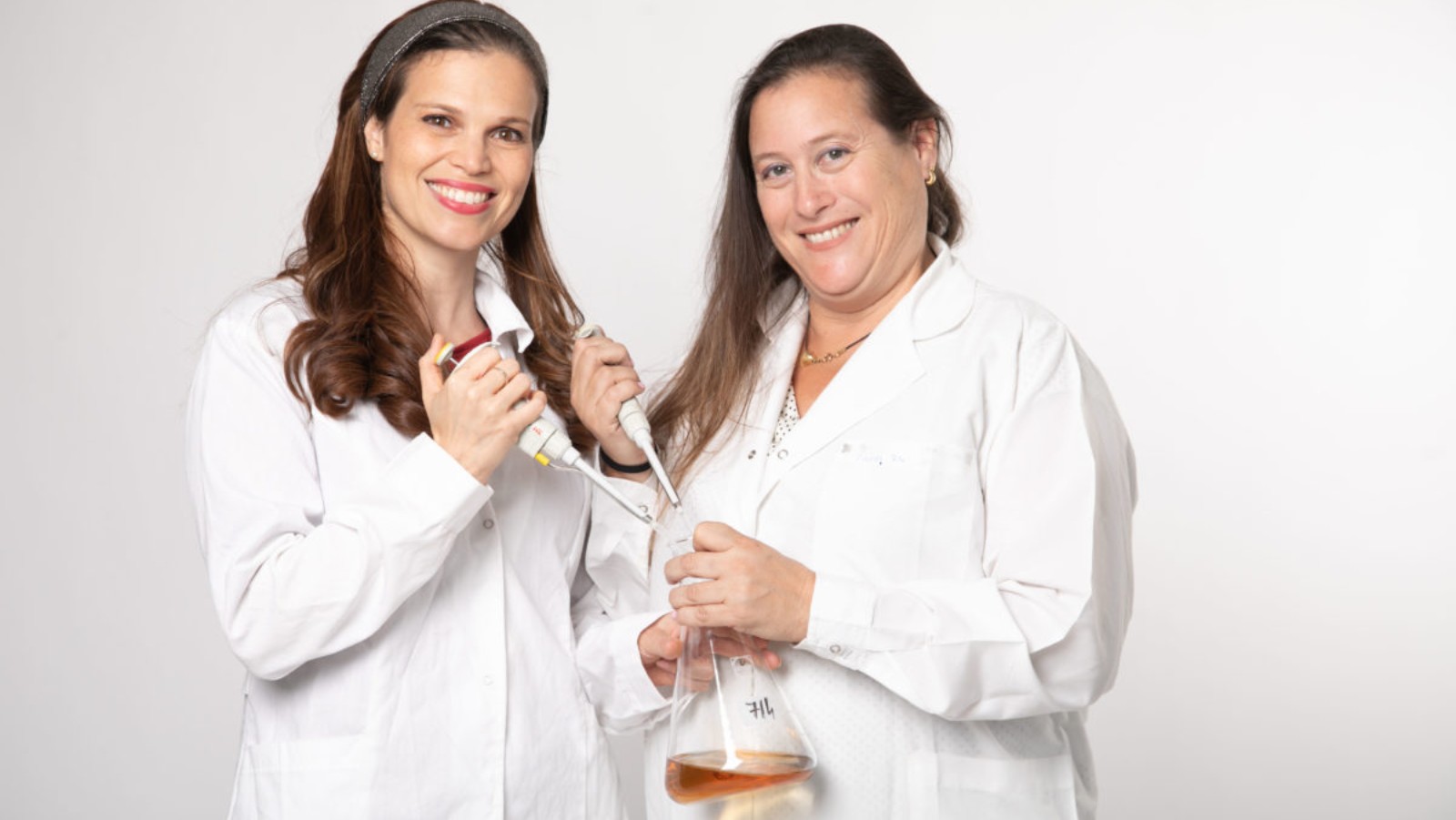 Four years ago, biotech executive Avital Beck decided it was time to found a startup.

She invited former classmates from her molecular biology and genetics PhD program at the Weizmann Institute of Science for a brainstorming session.

One of those friends, Hadas Shatz-Azoulay, brought her nursing baby and came up with the best idea: A home kit to check the freshness and vitamin content of refrigerated, pumped breast milk.

“We were talking about tackling cancer, osteoporosis, diabetes — it was a very high-level discussion,” Shatz-Azoulay recalled.

But she shared a more immediate concern: Was her newborn receiving optimum nutrition from milk she expressed and stored?

“It had been 15 years between my first and fifth babies. And I was getting the same answers today as I was getting 15 years ago, even though there are so many more things you can know now,” she said.

“Women have been breastfeeding for millennia, but we’re not doing it the same way. For the first baby I didn’t even buy a pump, but by the fifth it was an obvious necessity.”

Everyone in the room liked her idea. And that’s how MilkStrip was conceived, with Beck as CEO and Shatz-Azoulay as COO.

“We surveyed 1,600 women in Israel and found out that about half of them throw out pumped milk even when it still could be good just because they are not sure, and 58 percent are interested in knowing their milk contains all the nutrients needed,” said Beck.

Shatz-Azoulay said that vitamin C, which is essential for immune system development, degrades quickly in breast milk once it’s left the mother’s body.

A startup is born

The two experienced moms and scientists had never birthed a startup before.

Beck approached Moshe Friedman of KamaTech, which connects ultra-Orthodox high-tech entrepreneurs to investors and potential partners — even though she is religious but not ultra-Orthodox.

“He was open-minded enough to accept us and that’s how we got connections,” Beck said.

“We met our first investor, Gil Lemel, and he and his friends gave us half a million dollars to work on a prototype for six months. Within three months, we gave him two prototypes.”

Following three years of development, MilkStrip entered the U.S. and U.K. markets in late 2020. Manufactured in Israel, MilkStrip Expiration and MilkStrip Vitamin C test kits are available on Amazon and Shopify for $19.99 each or $35.99 for both. The kits work with a free app.

“We got an email a few months ago from a woman in the U.S. She said they’d had a hurricane and didn’t have power for four days. She had many frozen bags of breast milk and didn’t want to throw them away, so she ordered a few boxes of MilkStrip Expiration from our Amazon store.”

The rapid test strips revealed that only one bag of milk had gone bad. MilkStrip helped her avoid throwing out all those bags of perfectly good breast milk.

Shatz-Azoulay said that one of her neighbors used the vitamin C test kit and saw there was none in her breast milk.

“It turns out she doesn’t eat fruits and vegetables, and she’d known that could be a problem, but seeing the vitamin C deficiency on the screen made it real to her. She realized that she needs to take vitamin C supplements for her baby’s health,” said Shatz-Azoulay.

“There are companies that offer a full lab analysis of breast milk for about $350 and we’re disrupting this market, giving answers immediately and at home and inexpensively,” said Beck, who writes a blog on emerging topics in breast milk science.

MilkStrip is the first in a line of planned products for parents from the company, which was renamed DiagnoseStick two years ago and is headquartered at the Rehovot Science Park.

“We quickly understood a biological test strip like ours could be used with other fluids such as saliva,” Beck said. “This is a bioconvergence startup using basic chemistry, biology, computer vision, AI and color recognition.”

The next product in the pipeline will test a child’s saliva to check oral hygiene status. It could alert a parent to a budding problem that might be forestalled by better brushing or a visit to the dentist.

“We’re giving parents answers about things they are worried about throughout a child’s life, starting with breast milk, and giving those answers in two or three minutes without going to a doctor or lab,” said Shatz-Azoulay.

“Sometimes parents feel their concern isn’t serious enough to go to a doctor and this way you can check. It’s just letting parents know more.”