New fury as Khan claims skimpy clothes will ‘impact on the men unless they are robots’. 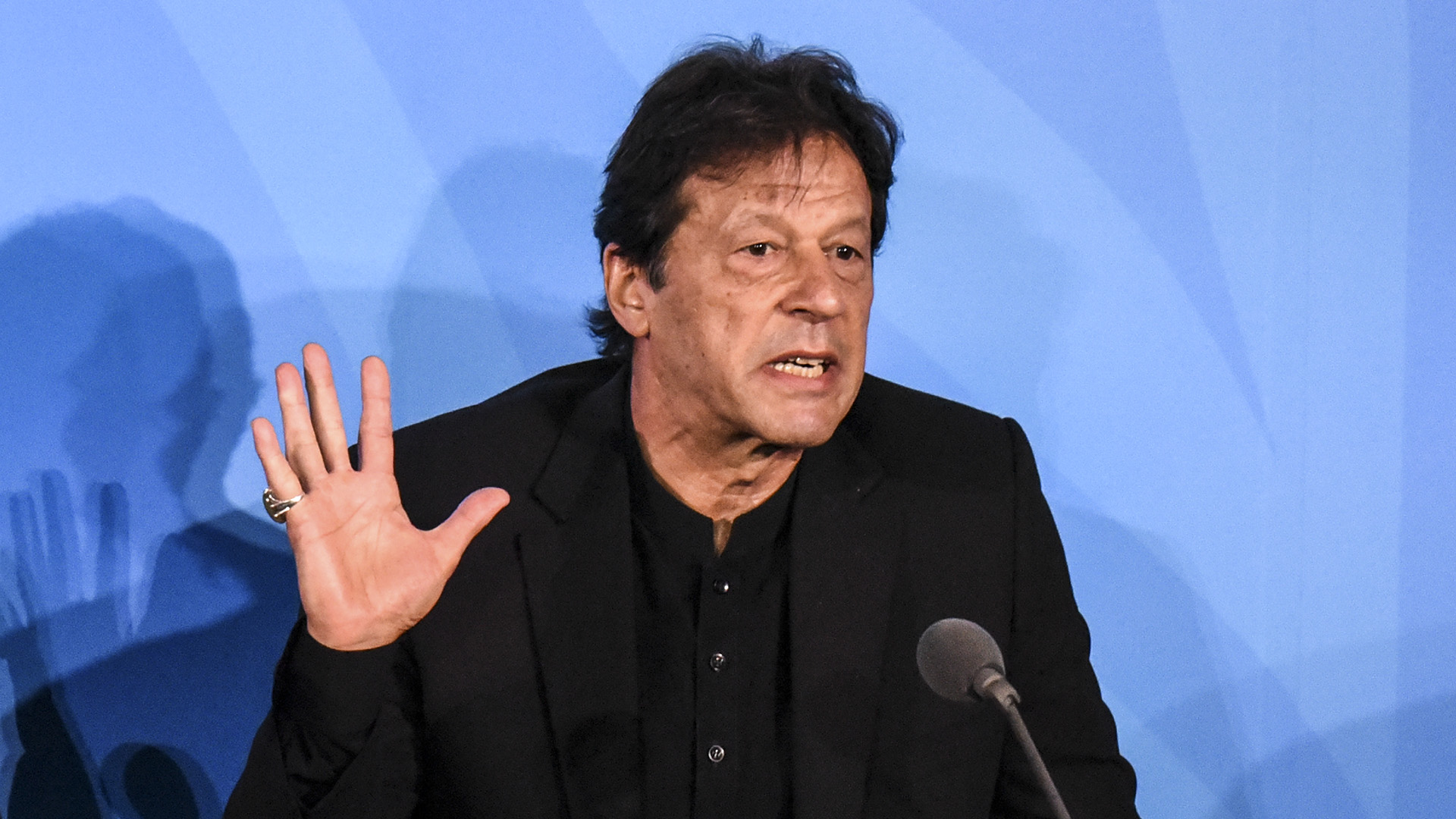 Imran Khan suggested that avoiding "temptation in society" is the way to prevent sexual violence against women. (Stephanie Keith/Getty Images)

In April, during a question and answer session with the public, Khan had said that the rise in sexual violence in Pakistan, particularly against children, was caused due to “fahashi” (vulgarity).

Answering a question if the woman’s clothes can provoke sexual violence, he said, “If a woman is wearing very few clothes, it will have an impact on the men unless they are robots. It is common sense.”

“It depends which society you live in. If in a society people have not seen that sort of thing, it will have an impact on them.”

“The world got an insight into a mindset of a sick, misogynistic, degenerate and derelict Imran Khan,” tweeted Aurangzeb.

“It is not women’s choices that lead to sexual assault rather the choices of men who choose to engage in this despicable and vile crime.”

“Maybe the misogynist, degenerate can defend Pedophiles and murderers, as he advocates for a rapist, after all, men cannot be expected to control temptation. Just FYI, Mr. degenerate, self-control is a little thing upon which Allah places a great premium.”

According to the United Nations Population Fund report, 32 percent of women in Pakistan have experienced physical violence, and 40 percent of married women have faced marital abuse at some point in their lives.

One in two Pakistani women who experienced violence never asked for help or told anyone about the violence they experienced.

“While the government of Pakistan has passed various laws to prevent violence and support those affected by it, the conviction rate for violence against women sits at only 1-2.5 percent,” states the report.

“These gaps exist on the backdrop of a structurally and culturally patriarchal society, where social norms promote gender-based abuses, disclosure to violence is discouraged, and women are often blamed for their abuse.”

Pakistan is a low-income country with 172 million inhabitants. It is a male-dominated society, where partner violence is accepted as a cultural norm and viewed as normal behavior within a marriage.

Indifference to this type of violence against women stems from attitudes that partner violence is a private matter and usually a justifiable response to misbehavior on the part of the wife. However, it is understood as being against Islamic teachings.

Most Pakistani women are ignorant that violence is a crime, and those who report violence fear punitive action from the husband’s family and/or losing their children. Moreover, social norms strongly discourage women from living on their own, especially young women.