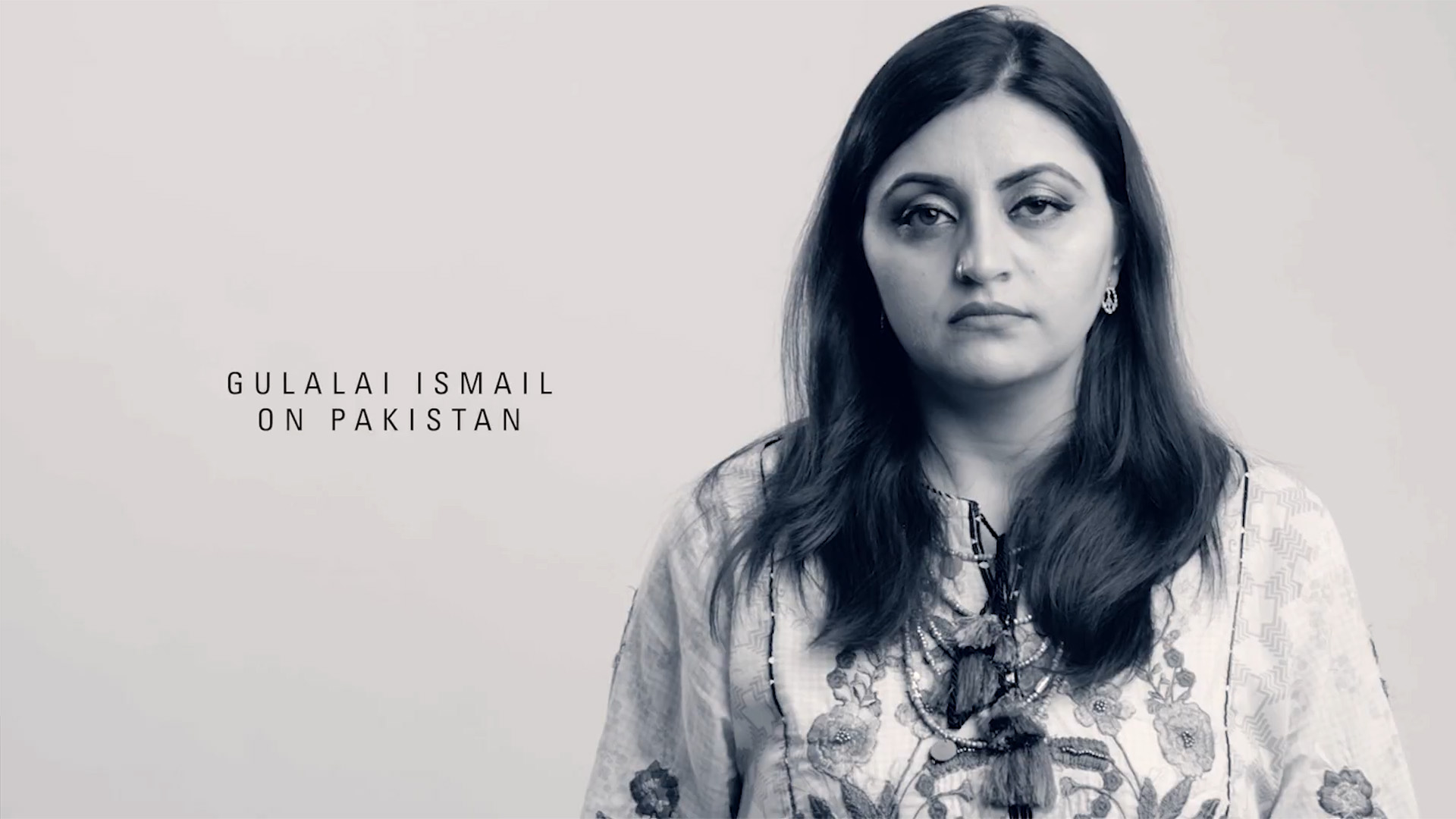 Gulalai Ismail has come under severe criticism in Pakistan after receiving an award for "escaping imprisonment and torture for empowering women in Pakistan." (Geneva Summit/Youtube)

ISLAMABAD — Gulalai Ismail, one of the Pashtun Tahafuz Movement and women rights activists, has come under severe criticism in Pakistan after receiving an award for human rights.

The Geneva Summit for Human Rights and Democracy gave her the award for “escaping imprisonment and torture for empowering women in Pakistan”.

Though many congratulations poured in, the award and announcement have not been well-received in the country. Many on Twitter slammed the activist and the organization over this award.

“Whoever is against Pakistan, they award him because they know they can only undermine Pakistan through traitors but not through a fight and some traitors in cure to be awarded,” wrote one of the social media users.

Experts reiterate that this is not the first time it has happened because most Pakistanis do not like criticism against the state. However, they maintain that it is also true that the authorities do not like it either.

There are several cases when the activists and opposing voices have been silenced through force. And these acts make the opposition more prominent as everyone knows about them after such incidents.

Remembering a day, Ismail said a group of men showed up at our house, banging on the door.

“When my father didn’t open it, they said that if we didn’t stop our human rights work, there would be consequences,” she said.

“And then they started shooting. There were bullet holes all over the front of our house. It was one of the worst days of my life, but it was also the day I realized that our work was making a difference.”

“As our impact grew, so did the threats.”

“I started speaking out about sexual violence in the conflict zones of Pakistan. And that’s when the authorities doubled down on their persecution of me.”

Earlier, Ismail has been a vocal voice against the military. She had even said that the Pakistani army had raped girls and boys in the tribal belt during an operation against militants.

These allegations were not received well in the country, especially with the context that a common Pakistani is a supporter of the military. This is why she has been once again criticized for receiving that award, the publication states.

After the news of her being criticized in the country, Pashtun Tahafuz Movement leader Mohsin Dawar congratulated Ismail on the achievement.

“Truly well deserved,” he tweeted. “Despite the continued persecution and harassment of your family, you continue to stand strong in your struggle for the rights of our people. Pakhtunkhwa is proud of you. More power to you.”

As per the NGO, Ismail and her family have been facing persecution from Pakistani authorities. As a result, she went to the U.S. and applied for political asylum in 2019.

Meanwhile, her father is in the custody of security forces and has been shifted to jail after the rejection of bail in February 2021.

“I hope it brings more light to our collective resistance against war economy, militarization, and the quest for truth and justice,” said Ismail while receiving the award.

As per reports by the Human Rights Watch, violence against women and girls—including rape, murder, acid attacks, domestic violence, and forced marriage—remains a serious problem throughout Pakistan. In addition, human rights defenders estimate that roughly 1,000 women are killed in so-called honor killings every year.