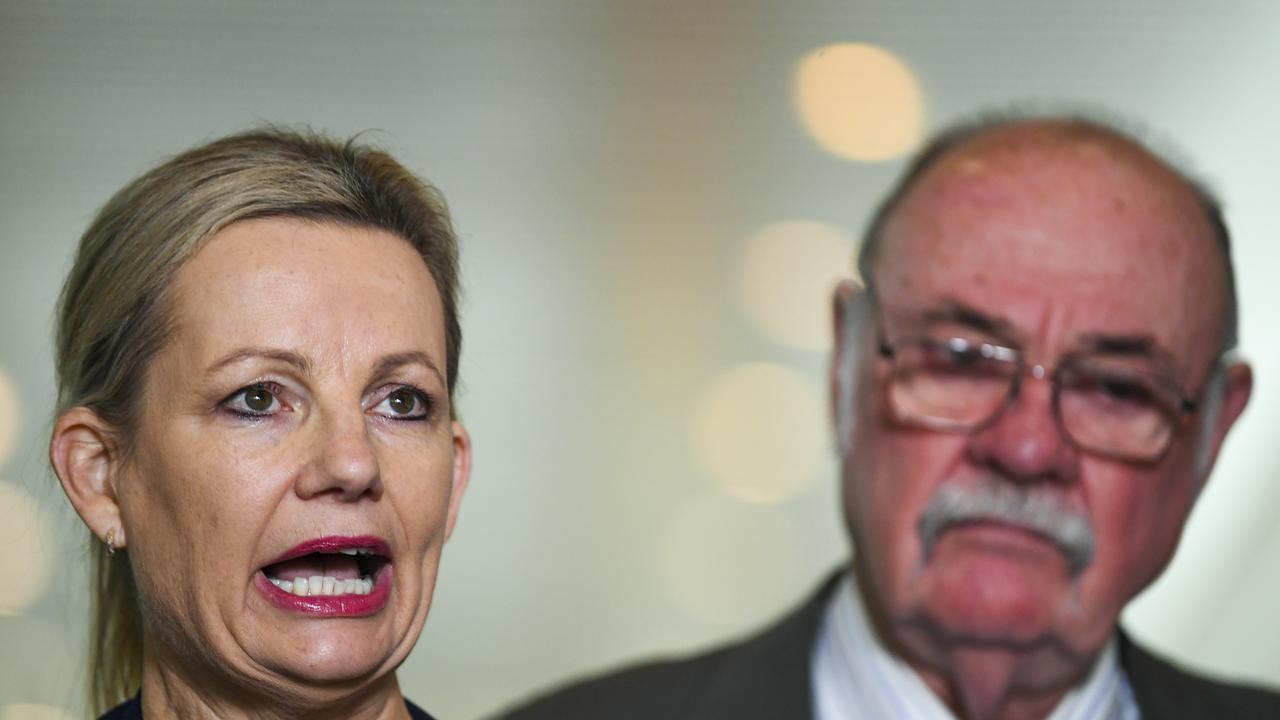 “Net-zero is not dead in the water,” she said in Canberra on June 22.

“Net-zero will happen as soon as possible, and the prime minister has made that very clear.”

She said the strength of the Liberal and National coalition was the ability for people to hold different views.

Joyce has been sworn in as Scott Morrison’s deputy at Government House after ousting Michael McCormack as Nationals leader on June 21.

“What we have is a rump in the coalition, in the National Party, and in the Liberal Party, but it’s a rump that’s holding back Australia,” he said.

Overnight, UNESCO’s World Heritage Committee blindsided the Morrison government with a draft listing of the Great Barrier Reef as “in danger” because of ongoing damage from reef bleaching.

The committee is urging the Australian government to act on climate change and reduce carbon emissions to limit global warming as part of national efforts to protect environmental treasures.

A report by Climate Action Tracker illustrates Green House Gas emission reductions from these actions, along with employment and other benefits and the policies across all sectors that will bring emissions down fast enough.

The report shows that Australia has tremendous potential to scale up climate action in all sectors. Increasing climate action would initiate sectoral transitions towards a zero-emissions society with the additional benefits of reducing air pollution and creating employment, including through new manufacturing value chains and new export opportunities based on renewable energy.

Ley slammed the listing as “politics,” even as Australia grapples with its own political stoush on climate policy.

Joyce has vowed to protect jobs in farming, mining, and manufacturing, which is expected to be a central pillar of the new coalition agreement yet to be signed with Morrison.

Liberal MP Warren Entsch, a special envoy for the reef, said the Nationals would make their own policy decision on climate change and emissions reduction.

“My commitment is absolutely 100 percent to get to net-zero.”

Entsch said there was not a single agricultural representative body in Australia that did not support 2050 as a target.

“And the same goes for the mining sector — most of those are on board,” he said.