Although they are frightening to some, the venom of the tarantulas endemic to Mexico have a low degree to toxicity.
By Claudia Rivera June 22, 2021
Facebook
Twitter
Linkedin
Email 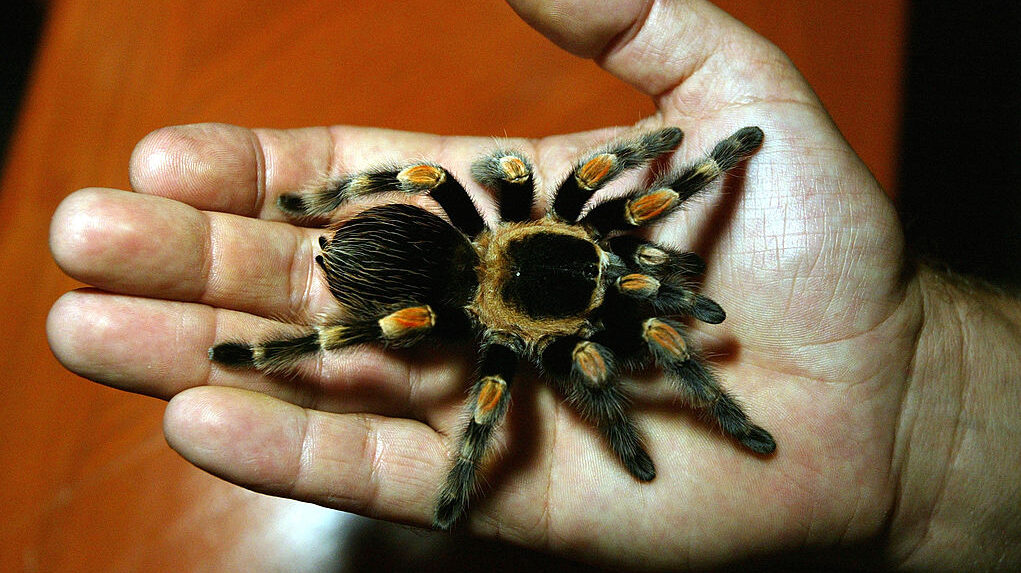 Be it in coastline, mountains or deserts, tarantulas abound in Mexico. (Justin Sullivan/Getty Images)

Mexico ranks first internationally in the diversity of endemic tarantulas. Although Brazil topped the list eight years ago, today, the positions have changed. Of all tarantula species, 93 percent of them are endemic to Mexico, which is why the country holds such a high rank.

These arachnids inhabit most of the country, with the largest concentration of species along the Pacific coast, specifically, the states of Jalisco, Michoacán, Guerrero, and Oaxaca.

All tarantula species belong to the Theraphosidae family, which groups together the largest and perhaps most famous spiders globally. The main characteristics of these arachnids are the anterior cephalothorax — prosoma — and the posterior bulbous section — opisthosoma.

However, the tarantulas’ most unique characteristic, which differentiates them from other arachnids, is that their body and four legs are covered by hair, which gives them a velvety appearance. In addition, the hairs are incredibly soft.

Although the vast majority of tarantulas are venomous, they only bite when they feel threatened and defend themselves, and their venom does not endanger the lives of humans. Of the varieties that live in the Americas, Mexico’s tarantulas have an extremely low toxicity factor. Further, many people have arachnophobia.

Due to their imposing appearance, many people do not hesitate to kill them when they see them up close out of sheer ignorance. But the tarantula’s eyesight is poor, which does not allow them to escape.

“Before deciding to kill them, you have to know more about them: discover how their bodies work, why they have eight legs and fangs, which species are needed to maintain a balanced ecosystem, etc.,” said Fabián Ramírez Valencia, founding biologist of Arácnidos del Puerto — an initiative for environmental education and the maintenance, reproduction, and exhibition of native and exotic arachnids in Veracruz, Mexico.

Like the rest of the arachnids, tarantulas are predators that play a fundamental role in the environment. They are efficient biological control agents, as they feed on insects such as mosquitoes and flies and small vertebrates and spiders. Furthermore, they are also a source of food for many other species — including humans.

Deforestation, displacement from their natural habitat, the introduction of invasive species, and the damage that humanity has wrought upon them — either by killing or illegally trafficking them — are the main factors that threaten Mexico’s endemic tarantulas, of which researchers keep discovering new species.