An inquest has begun into the frenzied double killing of in Melbourne in 2020, and the police shooting of the perpetrator. 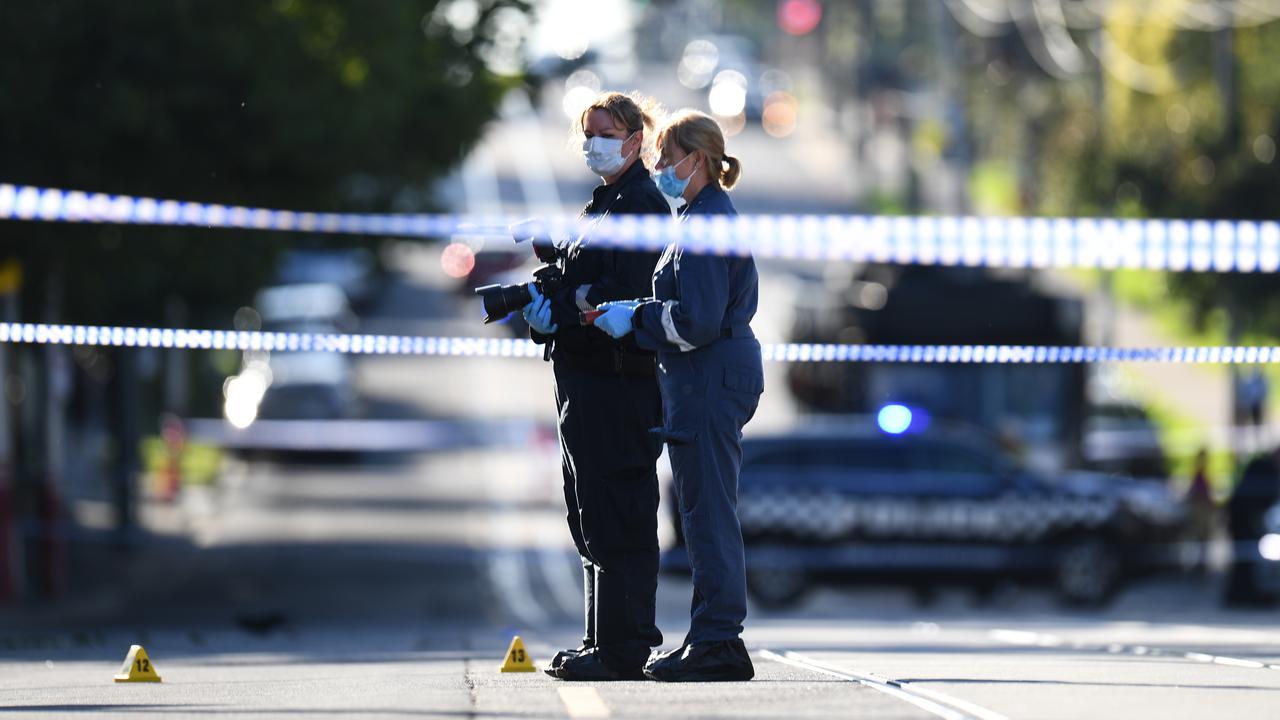 MELBOURNE, Australia — Five days before she died, Australian Sally-Anne Wills celebrated her 30th birthday and plans for the future with her girlfriend.

She was a young woman who left a lasting impression on people after just one meeting.

Chris Polden was the sort of guy who would show up at family and friends’ homes unannounced. Adopted into a family of eight siblings, one brother says he can’t ever remember a disagreement with him.

After being diagnosed as HIV-positive he launched himself into a life of advocacy, volunteering with the Aids Housing Action Group and was always willing to help others. In March 2020, their lives were ended in a frenzied series of unprovoked attacks by an armed man who began his evening with an attack on a protective service officer at a train station.

While the officer looked up a map Ibrahim pulled out a knife and stabbed Davies in the cheek, slashed his arm, and took off.

Air Wing and canine units were immediately called in while police tried to cordon the area to lock it down.

Just 30 minutes later, in Kew, Wills, and her girlfriend Ashlee Gunstone sat in a car outside their home.

Gunstone had just picked up Wills, know as Sals, after a minor car accident and was making plans for the following day.

As Wills opened her car door the women saw Ibrahim standing there leering at them. “I want sex,” he told them.

Gunstone described a moment of confusion before Ibrahim pulled out a knife and began stabbing Wills in the chest and neck.

The women screamed and Gunstone leaned on the horn to attract help. She leaned over Wills trying to protect her and was stabbed in the back and neck.

Ibrahim took off and neighbors came running to help them.

“I wanted them to look after Sals because I knew she was worse than me … I was just screaming for Sals,” Gunstone said.

Officers immediately warned that the two incidents might be connected and Air Wing and canine units were redirected to Kew.

Ibrahim had already taken off and headed toward 59-year-old Chris Polden in Kew. As the men passed each other in the street Ibrahim stopped Polden for a short conversation.

He waited for a car to pass before pulling out a knife and stabbing Polden in the abdomen.

Polden called triple zero and was rushed to the hospital, but he went into cardiac arrest in the ambulance and couldn’t be revived.

Police closed in on Ibrahim, pursuing him into a laneway. Officers demanded he drop his weapon, but he brandished it at critical incident responders, who fired their weapons multiple times, inflicting fatal injuries.

The deadly series of events is being examined in an inquest by coroner Leveasque Peterson.

She will examine what police knew about Ibrahim through law enforcement, intelligence, and security agencies, and about his physical and mental health, and whether any red flags were missed.

The use of lethal force by police as well as how effectively body-worn cameras were used in the incident will also be examined.