How To Earn A Living In Mexico As An Influencer

Many young people dream of becoming an influencer, but it requires certain personality traits. 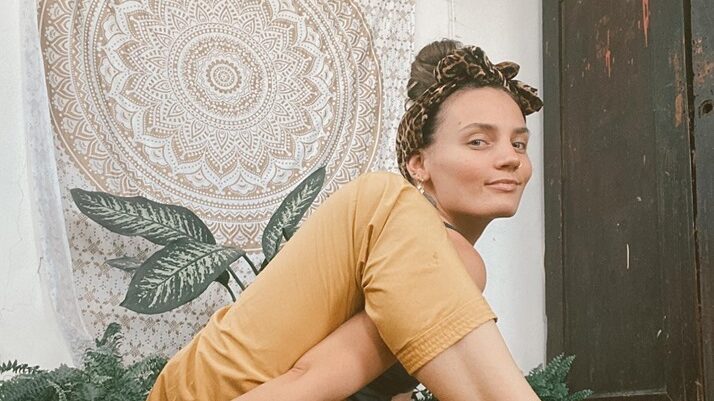 Russian Anna Zosimova came to Mexico to become an influencer and talks about her experience. (Anna Zosimova)

Being an influencer is a way of life that has gained certain prestige and admiration among the younger generations. Dedicating themselves to this activity, it seems, has become the dream of many young people.

“I became an influencer in Mexico in 2017. What stands out a lot in my experience is the warmth and love of the people. I have had the opportunity to meet extremely talented and entrepreneurial people; brand creators who put their love, creativity, and soul in their products,” said Anna Zosimova, an influencer originally from Russia currently residing in Mexico.

As their name indicates, an influencer is someone who influences the decisions and behaviors of their viewers. The term came out of social media, which influencers use to gain followers and communicate with them.

More than just admiration, modern influencers inspire trust and credibility in their followers. Thus, brand marketers seek out influencers to promote their products and services and put the brand’s name on their social media.

“I am happy to be in a position in which I can share information about my favorite brands that collaborate with me. When I find something I deem good and useful, I want all my viewers to know about it,” said Zosimova.

However, the trend is not as new as it seems. There have been public figures promoting brands in exchange for remuneration for a long time. The main difference is that social media has changed how marketing worked. What was once the domain of mass media now has diversified itself across the many social media platforms, connecting with more specific or niche audiences.

Facebook’s creation in 2004, YouTube in 2005 (which was, in turn, bought in 2006 by Google), Twitter in 2006, and Instagram in 2010 (now a part of Facebook) brought changes in the way that people communicate, granting the possibility to everyone to express themselves online.

Although the U.S. leads these marketing trends, Mexico is not far behind in the digital marketing strategies that involve influencers.

With the emergence of personal profiles, some began to stand out more than others, gaining followers at a tremendous rate. In Mexico, just like all countries with influencers, these popular profiles were soon sought by specialized brands, and the profiles soon became a more niche audience.

Fashion, sports, travel, cuisine, and beauty are some of the most popular topics and, as such, have the highest amount of influencers.

According to Zosimova, making a living as an influencer is possible, though not everyone can do it. Though it is the dream of many people, in reality, only a few will achieve it, thanks to effort, charisma, and a taste for the lifestyle.

“Being an influencer involves being open with the public and sometimes even being exposed. Many people do not want to live in the sight of others, so the influencer lifestyle is not for everyone. But those who like to communicate something to their audience, those who always wanted to have the attention of their school classmates, those who want to make way for new reforms, express their opinion, do it in a creative or attractive way, these people will surely do very well as influencers,” she said.

Over time, the diversification of products and services and increasing competition have resulted in sales techniques being focused on more segmented and specific audiences. For this reason, influencers must specialize themselves to have the most agreements with brands.

“There are many brands and companies that are beginning to grow. The truth is that to get something great and big, people must start small. Although I have collaborated with several brands, nothing is more valuable than finding a small entrepreneur who has an incredible product though they are still relatively unknown. Helping these people warms up my heart. These products speak out for themselves. All I need to do is to show them,” said Zosimova.