Gharial Babies Spotted In Indian River After Over 45 Years 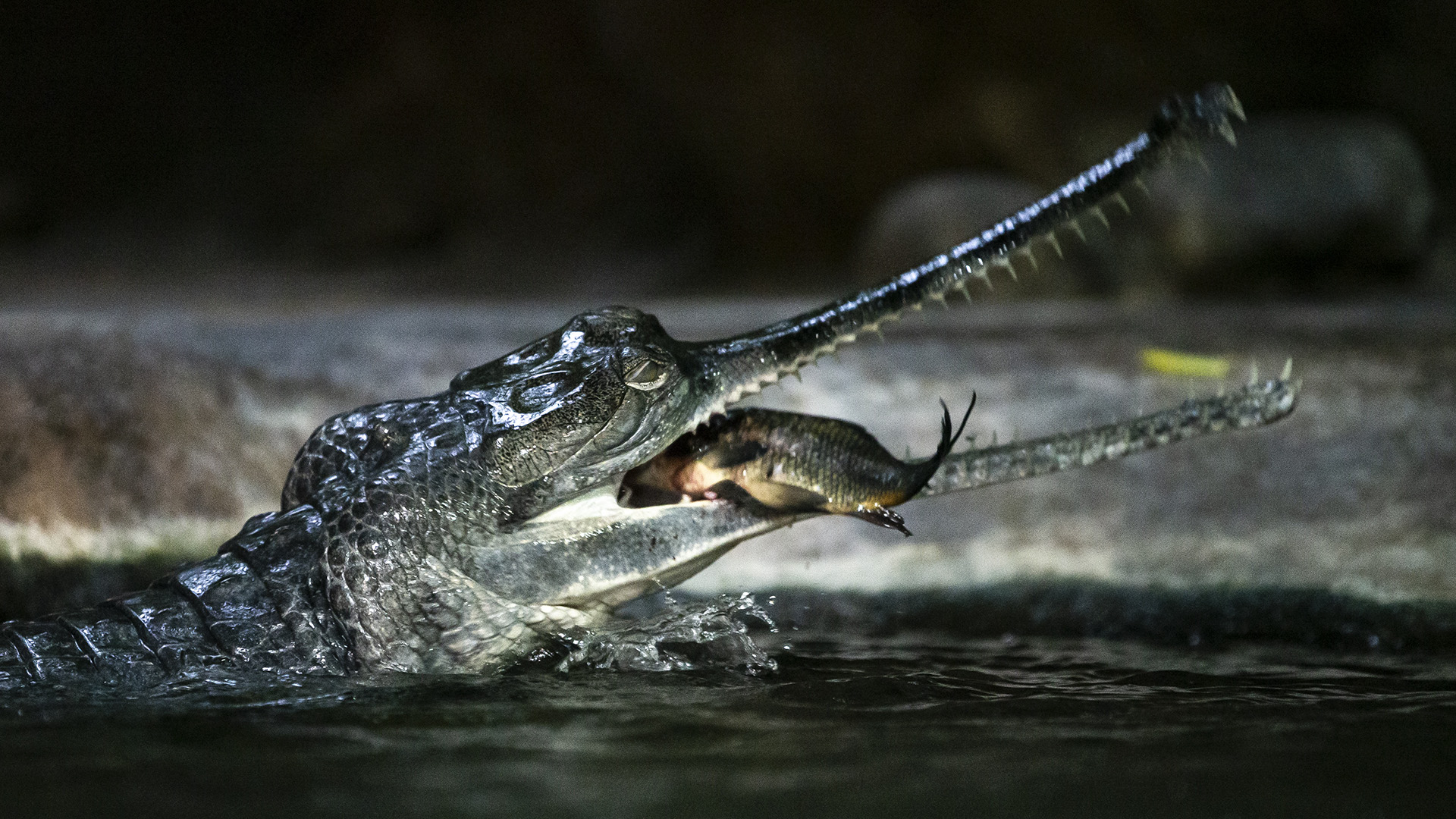 (Representative Image) Gharial eggs need incubation for 70 days, and the hatchlings stay with their mothers for several weeks or even months. (Gabriel Kuchta/Getty Images)

ANGUL, India — For the first time since gharials were introduced in its rivers back in 1975, eastern Indian state of Odisha has seen the natural nesting of gharials.

As many as 28 gharial hatchlings were spotted towards the end of May in the Mahanadi, in the Baladamara area near the Satkosia range. Gharial eggs need incubation for 70 days, and the hatchlings stay with their mothers for several weeks or even months.

Odisha has emerged as the only state to have all the three crocodilians species found in the country — mugger crocodile, the gharial, and the saltwater crocodile. 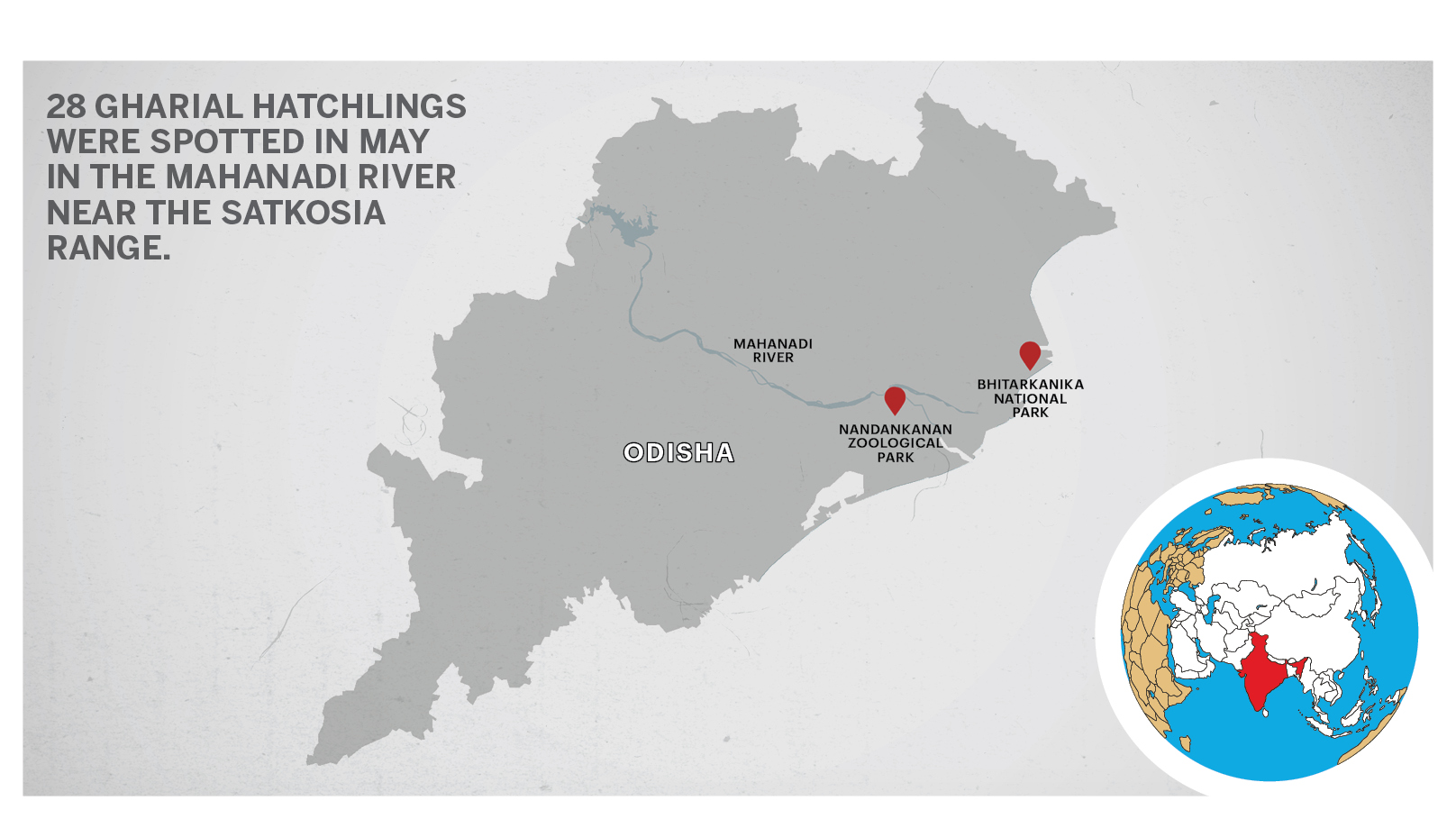 Gharials, also known as the gavial or the fish-eating crocodile, are critically endangered species. The mugger crocodile is a medium-sized broad-snouted crocodile and is listed as vulnerable in IUCN Red List. The muggers in Odisha are found in the Bhitarkanika National Park.

The saltwater crocodile is native to saltwater habitats and brackish wetlands from India’s east coast across Southeast Asia and the Sundaic region to northern Australia and Micronesia. They are listed as ‘least concern‘ in IUCN Red List.

Officials have been monitoring the gharial hatchlings in the Mahanadi river closely, with round-the-clock surveillance with drones.

Angul Assistant Conservator of Forests Suvendu Behera said that they would be watching the gharials till they are in their natural habitat, which is deeper waters.

“Gharials come to the shallow areas to lay eggs,” Suvendu Behera said. “Most of the gharials introduced in Odisha earlier were first kept in the Nandankanan Zoological Park before being released into the river.”

About 50 forest officials from six forest divisions are monitoring the hatchlings, camping close to their habitat, patrolling the water bodies, and spreading awareness across 300-odd villages located close to the river to help preserve the gharials.

Gharials, being different from muggers, do not harm humans. But many people mistake them for crocodiles and consider them harmful.

As per Prashanna Behera, wildlife warden of Angul district, the habitats of gharials are under threat due to encroachment and fishing.

“Those caught in fishing nets are either killed or have their snouts cut off,” Prashanna Behera said. “Gharials are also weaker than [saltwater] crocodiles and muggers, and don’t survive a fight between them.”

All the original gharials introduced over the years in Odisha are dead now.

Having waited more than 40 years for their numbers to grow naturally and for them to lay eggs, Odisha introduced 13 more gharials over the past three years in the Mahanadi river. Only eight survived.

While the Forest Department is still tracking two of them via their radio collars, the other six have moved out of its radar. Gharials were granted full protection by law and listed in Schedule 1 of the Wildlife (Protection) Act, 1972.