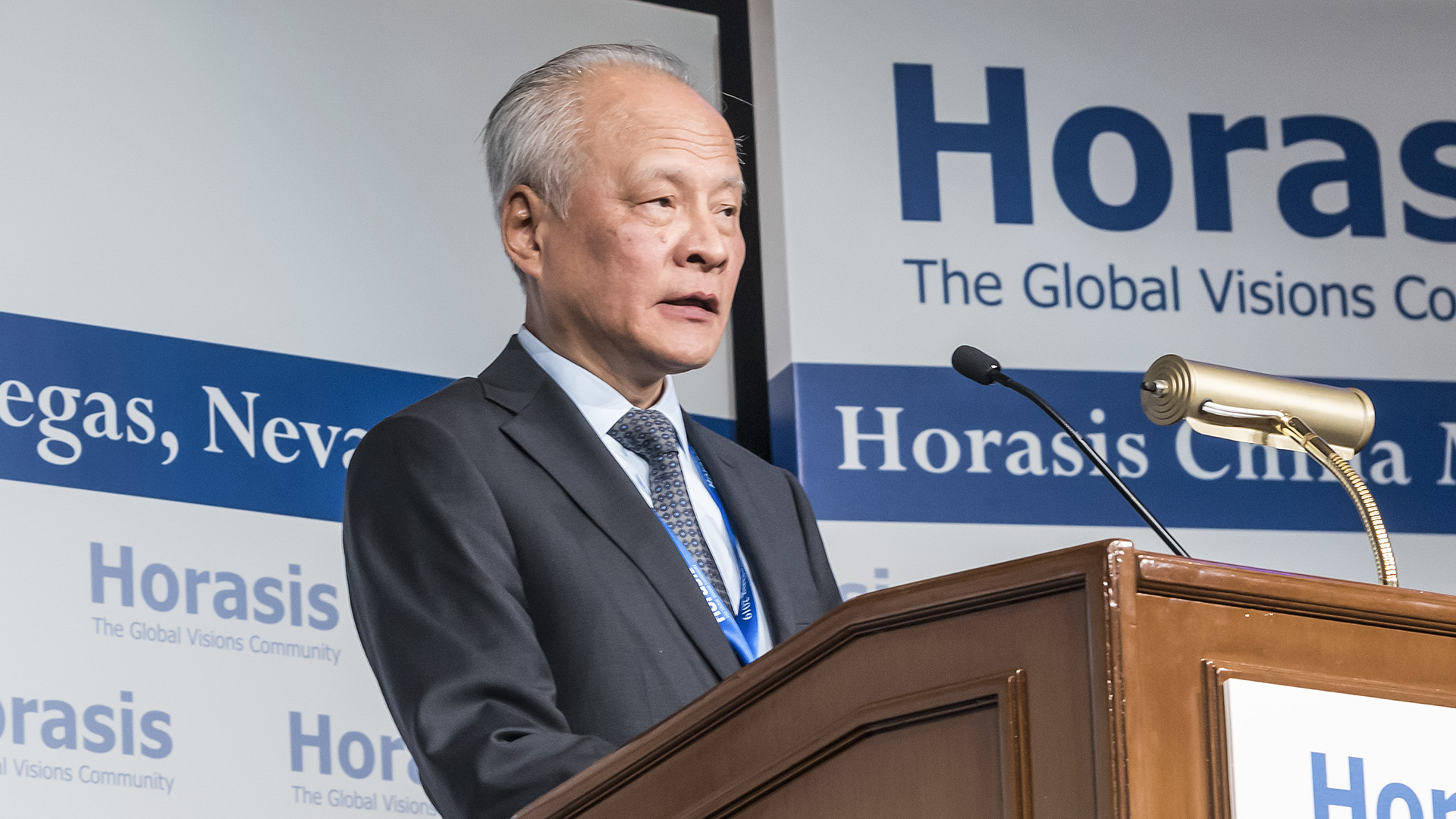 WASHINGTON — Cui Tiankai, China’s longest-serving ambassador to the United States, confirmed on June 22 that he would be leaving Washington at a time when tensions between the two countries have heightened.

Cui has held the post for over eight years and is expected to replace by Qin Gang, a former Foreign Ministry spokesman. Cui is known for his relatively moderate stance compared to the more hawkist breed of Wolf Warrior diplomats.

He said that China and the U.S. relationship is at a “key crossroad” that will have to choose either dialogue or conflict and called on the Chinese currently living in the United States to shoulder more responsibility for promoting world peace and stability.

“China-US relations are at a critical crossroads, with the US engaging in a new round of restructuring in its government policy towards China, and it is facing a choice between cooperation and confrontation,” he said.

His tenure was unusually long, and, at 68, he is well past the traditional retirement age.

Cui’s departure from Washington was reportedly delayed so that the diplomat could navigate the increasingly rocky waters of the relationship in the face of unprecedented pushback against Beijing’s handling of the Covid-19 pandemic.

China and the U.S. are at loggerheads over a range of issues, including trade, state-of-the-art technology, Beijing’s alleged human rights abuses in Xinjiang, and security challenges posed to Taiwan and its vicinity.

As per reports, historically, relations between the two countries have generally been stable with some periods of open conflict, most notably during the Korean War and the Vietnam War.

“The U.S.-China relationship is the most complex bilateral relationship for the United States,” states the report.

“Over the last 30 years, Sino-American relations have undergone an impressive transformation from animosity and conflict to candid dialogue and constructive cooperation.”

“These two vast and complicated countries have found common ground on issues of trade, investment, and, more recently, security. But key issues remain unresolved, and the potential for troubling divergence is real as China becomes an economic powerhouse, a military force in Asia, and a potential rival to U.S. hegemony.”

The two countries remain in dispute over territorial issues in the South China Sea. Tensions between the two have escalated in recent times, especially in 2020 after the coronavirus outbreak.

“Overlapping interests between the United States and China have been predominantly in the economic sphere,” states the report.

“China’s drive to become an economic power has been simply astonishing. Growth rates have frequently approached 10 percent per year over the past 10 years, and in 2002 China was the recipient of more than $50 billion in foreign investment.”

China is a global center for manufacturing and regional economic power, mainly since the Japanese economy has stalled. This kind of economic openness and growth in China was unthinkable 30 years ago and owes much to the relationship between the United States and China.