A Caribbean shelter fights to preserve the future of these iconic birds.
By Cristian Maxian June 21, 2021
Facebook
Twitter
Linkedin
Email 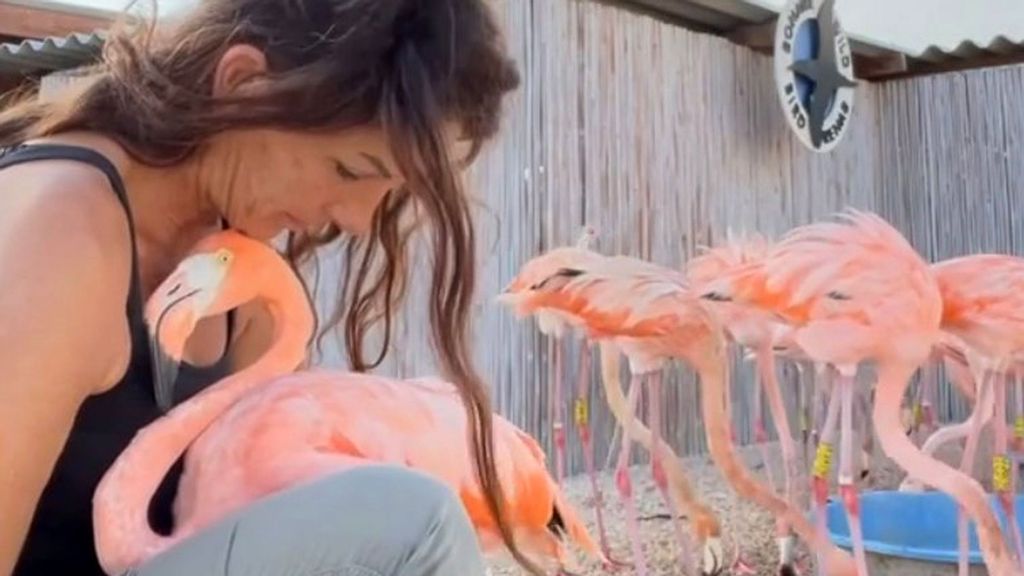 The flamingo in the Caribbean is not officially listed as endangered, yet Elly Albers, who runs a bird sanctuary there has seen an explosion in the number of distressed birds as their habitat dwindles.

That’s the case on Bonaire, a 24-mile-long Dutch island in the Caribbean Sea, boasting a warm climate that attracts many tourists. Some 80 percent of its 20,000 population has Dutch roots.

The human demand for water, such as irrigated agriculture, has impacted flamingos worldwide. Global warming, which results in a greater loss of the wetland and marshland, threatens where they feed, breed and make their homes.

Albers, originally from Emmen, Netherlands, did not set out to become a flamingo rescuer when she moved to Bonaire 30 years ago.

“I was never interested in saving birds particularly. I have a big heart for animals in general, and the first thing I did on Bonaire was to work part-time in an animal shelter,” Elly said. She left the shelter, “frustrated about what people were doing with the animals.”

But Elly returned to caring for animals in 2017, when she was approached by the Foundation for National Parks & Wildlife.

She then set up the Mangrove Info Center and Bonaire Wild Bird Rehab, taking in birds the same year.

The project started off modestly with only a single cage — within a year, she was caring for around 500 flamingos.

“Flamingos are wild animals, and they’re not camouflaged birds, they’re bright pink. So the only thing that can really save them in nature is being really, really careful. So you cannot approach them,” Albers said.

“It can be so stressful for flamingos to be near humans that they can even have a heart attack.”

“Climate change is also a big problem for birds because they lose their habitats. Birds need a quiet place, and these days, people disturb them and their nests by taking pictures — so flamingos just leave their eggs and young and go somewhere else.”

Albers hopes the flamingos can return to the wild once they are healthy and strong.

“My very first flamingo was called Baby. She was born at the beginning of 2018 and was brought to me when she was approximately two weeks old. I never named her, but simply called her Baby. Even now, she visits the rehab on a regular basis, and she loves to cuddle. After her visit, she acts like a ‘normal’ flamingo and flies around the island,” Albers said. “She brightens up my day.”

The center relies on donations to survive: “We are doing OK. The good thing is we only need money for food and medical supplies.” She also uses social-media platforms and videos to promote her work and fundraising activities.