Tiny sea creatures had been established for 20 years and nobody noticed them, admit marine scientists.
By Georgina Jadikovskaall June 21, 2021
Facebook
Twitter
Linkedin
Email 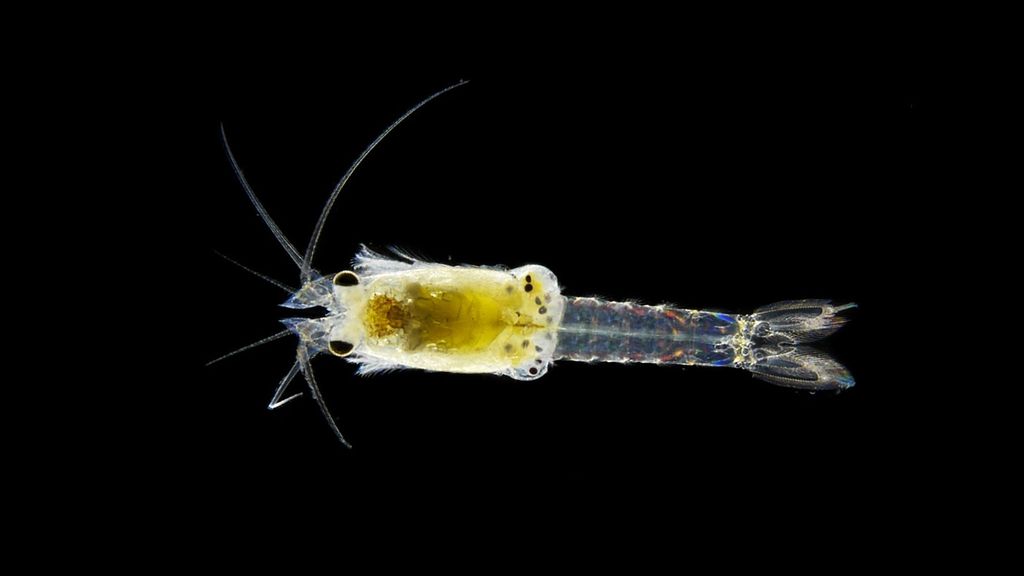 The new shrimp species (Heteromysis schoenbrunnensis) that was discovered in the Vienna Zoo in Austria. (Helmuth Goldammer/Zenger News)

An unknown species of shrimp that has lived undetected in a zoo’s reef aquarium since it was built 20 years ago has been confirmed by experts.

The Tiergarten Schonbrunn zoo in Vienna, Austria, reported that a new species of shrimp was living in the waters of the reef aquarium on June 17, 2021.

The little fellow was named Heteromysis schoenbrunnensis after the zoo, and was discovered by a marine scientist from the Haus des Meeres (House of the Sea), which is a public aquarium in Austria’s capital.

“We always saw these hover prawns swimming around whenever we checked the tanks or fed the fish,” said Anton Weissenbacher, head of the Tiergarten Schonbrunn Zoological Department. “These animals, that are no bigger than 6.1 millimeters (0.24 inches) usually appear in swarms and in multiplied amounts of numbers.”

Knowing that another shrimp species was already discovered in the Haus des Meeres in 2019, Weissenbacher contacted his colleagues from the public aquarium.

“During the lockdowns I had enough time to deal with this research,” said Daniel Abed-Navandi, curator at the Haus des Meeres and marine biologist that worked on the new shrimp species. “A marine biologist in Vienna without the possibility of traveling is effectively like sitting on a dry land.”

Abed-Navandi microscopically examined the shrimp for weeks in great detail and compared even its tiniest body parts to 107 other closely related hover shrimp species.

After noticing significant differences in the number, length and thickness of the shrimp’s bristles, he was then able to confirm that it was the discovery of a new species.

Navandi described the species color as more intense yellow in comparison to the other species. “We named this shrimp species Heteromysis schoenbrunnensis after the place where it was found,” he said.

Weissenbacher believes the new shrimp is native to the Indo-Pacific. “It [the species] probably hitchhiked its way here in stone cracks around 20 years ago when we were setting up our reef aquarium.”

The Heteromysis schoenbrunnensis is the second new species discovered in Tiergarten Schonbrunn after scientists came across a tropical land snail from Borneo which was named Schwammeria after the zoo’s deputy director Harald Schwammer in 2010.

Similarly, scientists at the Natural History Museum in London said they discovered 503 new species in 2020.

“While field work and international visits were canceled, many managed to carry on with their research either at home or in the much quieter collections,” said the museum in a news release.

Scientists estimated that only 9 percent of marine species have been discovered, according to the National Ocean Service.

“Before we can protect anything, we need to know what’s out there,” said the Natural History Museum.