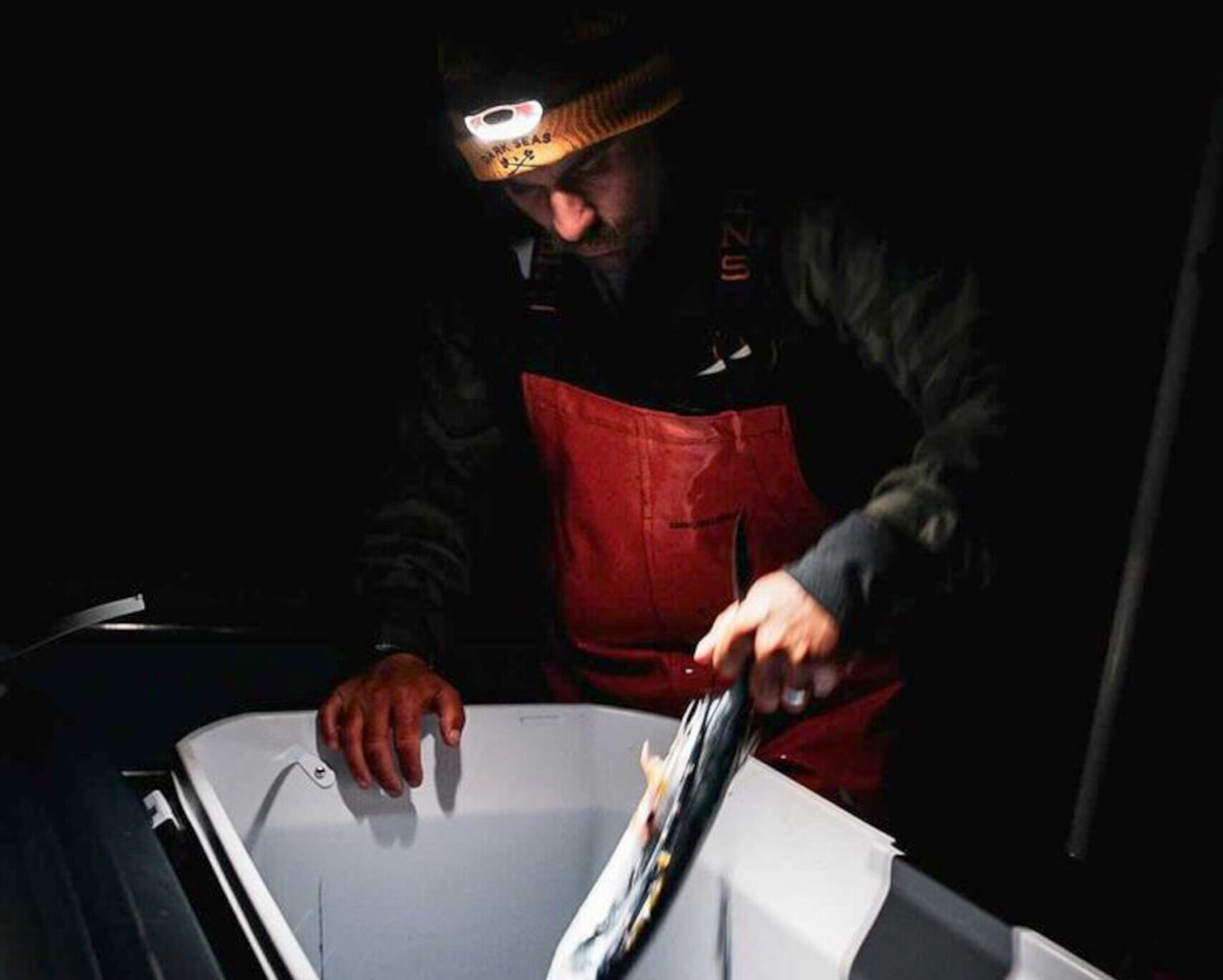 Connor Van Orden with the fish that flew in his boat Southern California. (@connor.vanorden)

Video shows a flying fish soaring through the air and landing on a fisherman’s boat in California.

The unusual catch was filmed off San Clemente Island, the southernmost of the Channel Islands of California in early June.

Connor Van Orden, who recently got his commercial fishing license to “learn more about the fishing world,” was surprised by the “catch.”

“The captain and I were attempting to catch these fish for bait,” Van Orden said. “He hadn’t caught any, and then this one flew onto the boat. It was the first fish for me.

“I’ve fished my whole life and love it. However, commercial fishing is much more taxing. Long hours, usually well into the night until about 3 a.m., and early mornings starting around 6:30 a.m.”

Flying fish are attracted to light and are relatively easy to catch, due to their tendency to jump into small, well-lit boats, as was the case with Van Orden.

There are roughly 40 species of flying fish.

Despite their name, flying fish, which can be more than a foot long, aren’t capable of powered flight. Rather, they propel themselves out of the water at speeds of more than 35 mph. Once in the air, their rigid “wings” allow them to glide for up to 650 feet.

Flying fish can be seen off the Atlantic and Pacific coasts of the United States. They are also found in the Indian Ocean.

It is believed the fish have developed a flying mechanism to escape their many oceanic predators. But once in the air, they often become food for birds — or in this case, humans in a boat.