Cute pair not so easily spotted as they snuggle up with mom.
By Georgina Jadikovskaall June 21, 2021
Facebook
Twitter
Linkedin
Email 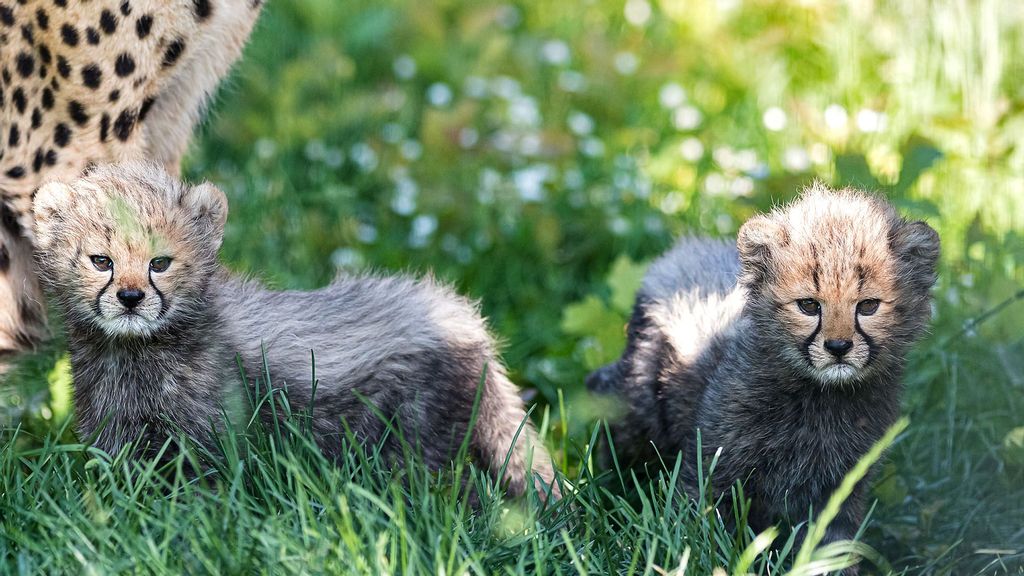 Two cheetah cubs have visited the outdoor enclosures at Basel Zoo in Switzerland for the first time since their birth in April.

The male and female cubs are the first offspring of 3-year-old mother Dina. According to the zoo, cheetah mothers raise their cubs on their own. The cubs’ father, Ross, 4 years old, will be in an enclosure in another part of the zoo.

“The breeding of cheetahs is still a great challenge for zoos worldwide because of the animals’ unsociable nature,” a zoo spokesperson said.

Cheetahs were first brought to the zoo in 1936, and they have been successfully reproducing there since 1993.

The big cats are listed as vulnerable on the International Union for the Conservation of Nature’s Red List of Threatened Species. After a recent study revealed significant population declines, scientists are calling for cheetahs to be uplisted to endangered, according to information from the United Nations on World Wildlife Day on March 3.

“It is estimated that there are only 6600 cheetahs left in the wild.  Most are not in protected areas, which frequently leads to conflicts with cattle breeders,” according to the Basel Zoo website.

“Since 2013, Basel Zoo has been supporting the Big Life Foundation in Kenya — a successful conservation project for predators in the Amboseli National Park. Since the project started, the cheetah population in Africa has increased once again,” the zoo’s website states. “Zoo breeding programs have also been successful. However, cheetah breeding in captivity is still a rare event.”