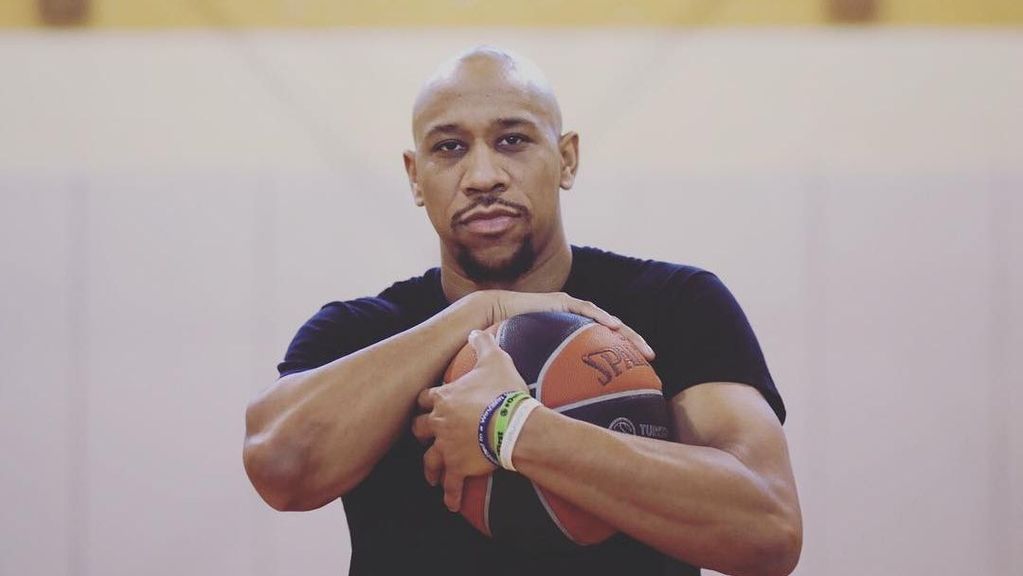 When you flip on your TV to watch an NBA or WNBA game, you’re watching a finished or close to finished product. However, developmental coach Marcus Stout often gets these athletes in the early stages of their basketball potential.

A Fordham University Hall of Fame inductee in 2015 — who went undrafted by the NBA after graduating in 2008 — has carved out a niche in developing players from grade schoolers to the professionals. He’s established a gym known as “The Trench,” where he takes an old-school approach to teaching the game that has afforded him the ability to spread his hoops knowledge. There’s only one rule at The Trench: Come prepared to work.

Zenger News caught up with Stout in between sessions to discuss his passion for assisting all ages in reaching their hoop dreams, the importance of decision-making and much more.

Zenger: Tell us about The Trench.

Stout: It’s a small, enclosed and intimate gym setting. It’s not your fancy type of gym that high-level players are used to. The Trench takes you back to your youth, when you’re really grinding and building your skill set. You didn’t worry about where you were at, you just wanted to get that work in. You were competing and building. That’s what The Trench is built around.

Success is something that happens in different ways, but a lot of the principal behind it never changes. Putting in the real work and having a high-level approach to what you’re trying to do is how we approach things in The Trench, and I gotta give a shout-out to a couple of players I’ve worked with: Deja Church, who is playing at DePaul University, and Reme Torbert, who is at Westminster [College]. They kind of dug The Trench. We just lock in the details, the things we feel separate us as players, so when we go see other players, we have a leg up on them.

Zenger: You have worked with players at all levels, from youth leagues to the NBA. Which age do prefer to work with?

Stout: I don’t have a preference. I love to work with anyone who wants to work and get better. People see that I’ve been very fortunate to work with high-level players, and they ask, is that all I work with? Not at all. The beautiful part about the space that I’m in with basketball is, there are challenges on each level. It’s challenges to take an NBA player and show them how they can improve at the highest level, and then in the next hour, taking a 7-year-old that’s just learning the basics of the game, and they want to learn it just as much as the pro wants to get better. It’s just different approaches and challenges mentally. But for me, the common denominator is people that are willing to learn, willing to work and eager to get better.

Zenger: There’s a quote that says, “Hard work beats talent when talent doesn’t work hard.” Do you believe that?

Stout: That’s a great question. I think there is a lot of validity to that quote. I won’t say hard work is undefeated, but it can take you to higher levels than talent alone can. Hard work is a defined thing, in my opinion. It’s defined by what you’re trying to accomplish.

Zenger: How important is it to implement life lessons as well as ball skills in the people you work with?

Stout: Basketball is the tool that brings us together, that’s our common denominator, but basketball is a life approach to me. It’s a holistic approach. I’ve been fortunate to have great mentors, great coaches and great people in my life through the game, and that has brought me to now. I was fortunate to be a professional, but I have friends and peers who haven’t, and I’m using my experience and helping this new generation.

My approach is, I could care less about basketball. I’m here to help you and surround you with a community and network that can help you move forward. As you get older, everybody’s career in the basketball world is going to go all different kinds of ways. For me, what was the most important, whether things went right or didn’t go right was that I had some people there that I could lean on just person to person. We have a lot of fun, we talk trash, we work hard, but they know I love them, and I care about them, and I’m going to do anything that I can to surround them with everything they need to have success.

Zenger: You do a lot of summer camps, and that not only teaches the game of basketball but also occupies what could be idle time for a lot of these kids that could lead to mischief.

Stout: That’s important to me. When I was living in New York working with a company called Pro Hoops, my old coach Ross Burns had a program out there called Friday Night Lights, and it was a great thing. They partnered with the DA’s office in New York and created a program to keep the kids off the street, not only through sports, but through the arts and dance and different things.

Seeing that helped me craft my approach and what I do. I harp on things that sometimes they don’t want to hear, but they understand how I am, and it’s important to me that they are equipped to make the right decision when challenges off the court come your way. That’s more important than the skill for me.

Zenger: You deal with many parents, and one thing I have noticed —possibly because of social media— is the unrealistic expectations some parents place on their kids and coaches.

Stout: I don’t like putting any caps or boundaries on what somebody can do, especially a young person. If someone came in here and they didn’t look like a great athlete initially, I wouldn’t tell them that it’s not for them. If they love it and their spirit is in it, and it’s something they are going to work hard at, let’s give it a shot. Within that, I’m always going to be upfront and honest about what I think. And that’s not to say that you can or can’t, but it’s to say, this is what it’s looking like, I’ve given you my best, we have a trust factor here.

Zenger: Does your approach change from training a male player to a female player?

Stout: No, it’s the same. My whole approach is to be great. That’s how I approach everything. Whether you are 7 or you’re a pro, it’s to be the greatest you could be that day with where you’re at. I approach everyone as basketball players and tell them, if you step in the gym, I assume you want to grind, learn, work hard and you want to be great. And I’m going to treat you as such. If you keep that bar raised and continually push them to reach that bar, no matter where they fall, they will come out better on the other end.

Zenger: From a developmental standpoint, any player(s) sticks out in your mind?

Stout: One name that comes to mind is Michael Flowers. He started off at Western Michigan [University], he transferred to South Alabama last year, where he was the sixth-leading scorer in the nation. Now he’s doing his last year at Washington State. Watching him go from being a mid-major recruit to see him progress to a leading scorer in the country to being a Pac 12 starting point guard has been amazing.

Another one is Brandon Ingram. I was able to do pre-draft for Ingram, who plays for the [New Orleans] Pelicans. A lot of people were kind of off on him early when he was playing with LeBron [James] at the LA Lakers. I would tell them, ‘Just watch. That kid works.’ He was up at 6 a.m. In pre-draft we do two- or three-a-day workouts. He was doing four-or five-a-days.

Zenger: The 2021 NBA Draft is July 29. What advice do you have for those hoping to make the cut?

Stout: I have been able to do pre-draft for six years. I have noticed two things. The first is understanding that the draft isn’t everything. So, if you don’t get drafted, it’s not the end of the world. It’s about decision-making, having the right agent and having a plan in place. Knowing where your game fits, how you need to develop to become the kind of player they need at the highest level. Putting the work in off the court, so when you do approach your work on the court, your weight room, skills training with film will give you a clear picture of who you’re trying to become.

The second thing is accepting a lesser role at first. That’s going to happen to 99 percent of draft picks. The need to understand that before it happens. Some players get to the NBA, and they’ve been the main man their whole life, but now the coach says, ‘Hey, we just need you to do this for the team because we already have two All-Stars.’ You’re thinking you’ve worked your whole life to do it all, and now they’re asking you to play defense. Such players need to be fluid enough to have a long-term view to understand this doesn’t define them as a player. This is the role I have to play right now at the highest level to get my foot in the door, build my reputation and my career, so that down the line, I can take on a bigger role and be prepared when it comes.