New research has found playing recordings to young Regent Honeyeaters before they're released into the wild can help them survive.
By Liv Casben June 21, 2021
Facebook
Twitter
Linkedin
Email 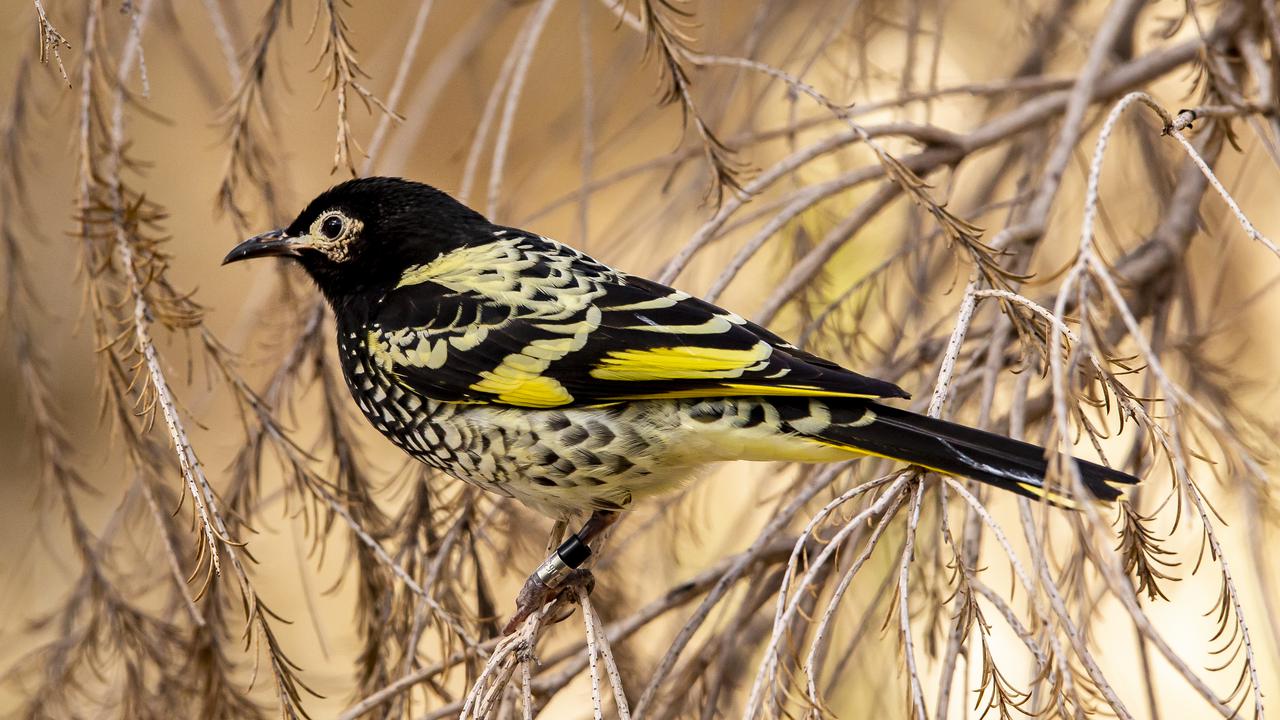 'Tutoring' young Regent Honeyeaters in their song has been found to help them survive in the wild. (AAP Image)

SYDNEY — Playing recordings of the birdsong of Regent Honeyeaters to young Honeyeaters before they are released into the wild can significantly improve survival rates for the critically endangered species in Australia.

That’s as per the research led by the Taronga Conservation Society in collaboration with scientists at the University of New South Wales, BirdLife Australia, and the department of the environment.

There are only around 350 Regent Honeyeaters in the wild, and the species survival has relied on the bird being bred in captivity before being released.

A review studied a decade’s worth of data from Taronga Zoo’s Regent Honeyeater breeding program.

Researchers analyzed what contributed to the success of released birds, including who their parents were, how they were housed in the zoo, and the age and weight of the released birds.

The key features identified by the study emphasized parents who are successful breeders and have an overall higher lifetime reproductive output.

‘Song Tutoring,’ by playing recordings of the adult birds to young honeyeaters, was one strategy that was effective.

Raising young Regent Honeyeaters in aviaries with other species also increased their long-term chances by allowing them to practice the interactions they would experience in the wild, such as competing for food.

The team also found that the birds had a better survival rate if they were born to parents that produced only one clutch in a year.

For parents that produce more than one clutch a year, there was a significant drop in the long-term chances of their young in the wild.

“Few breeding programs have ever been reviewed in such an extensive way before, and this research will help us shape it in this critical period as we fight to save the Regent Honeyeater from extinction,” Tripovich said.

“With only 350 Regent Honeyeaters left in the wild, it’s important that conservation and research experts work together to improve their chances as much as possible.”

The Regent Honeyeaters have declined from 1500 in 1992 to current estimates of less than 400 adult birds, largely due to habitat loss and predation.

Since 2008, nearly 300 birds have been bred in zoos and wildlife parks and released into the wild.

The research is published in the journal Frontiers in Conservation Science.