Much work is being done to address the many challenges facing Australia’s South Sudanese community. 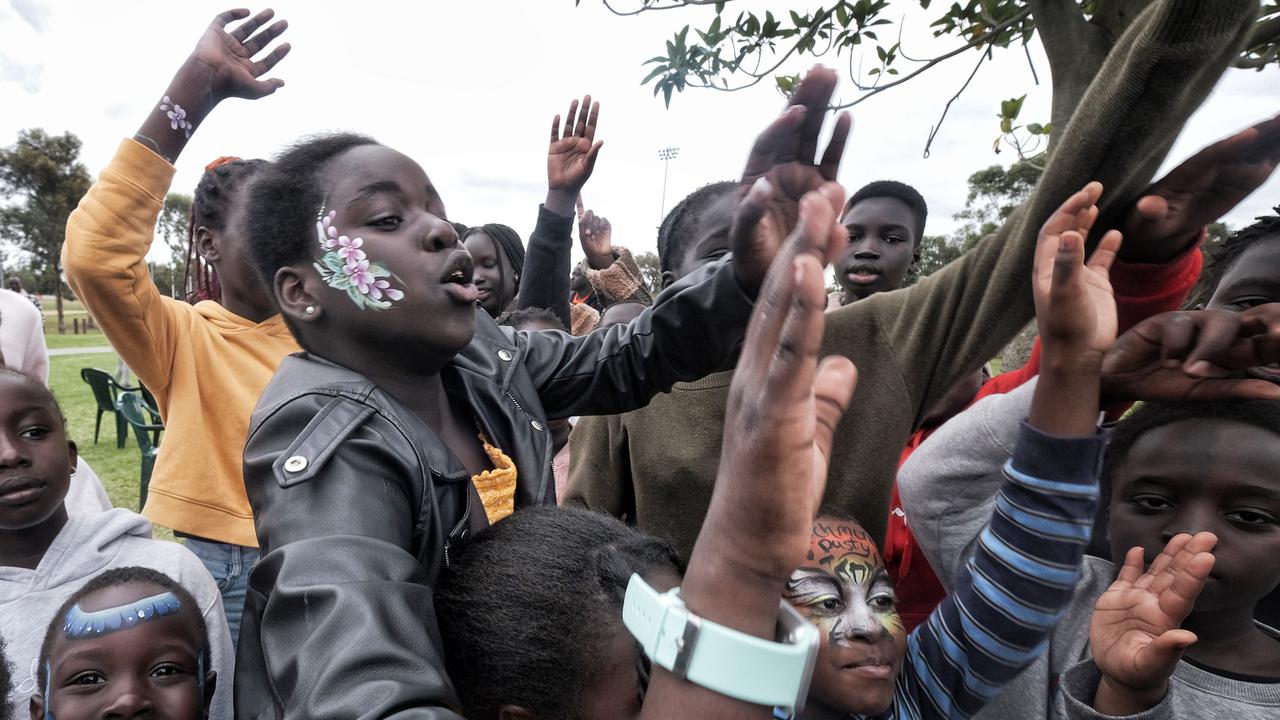 SYDNEY — It’s the color of Machar Maler’s skin that prompts supermarket staff to follow the Aussie teenager around grocery aisles.

The 17-year-old says he has become accustomed to what is officially known as ‘racial profiling.

“They will follow me just because of my color. To see if I’m stealing,” he says.

The year 11 student who moved to Melbourne aged two from war-stricken South Sudan, was starting high school when tensions began rising around reports of young South Sudanese men linked to the crime.

A small number of young offenders — and media highlighting their race — has tarnished the reputation of a community deeply aware of its challenges but under-resourced to address them.

While ‘African gang crime’ may have faded from headlines in the past three years, the issues are widespread that prompt a minority to turn to offending.

As Machar has grown from a boy to a young man, leaders in his community have been working hard to turn around these outcomes.

Senior Victorian government advisor Gatluack Puoch is one of them.

He was hired at the end of 2018 under then-youth minister Gabrielle Williams to set up targeted programs addressing the overwhelming incidents of racism, incarceration, relationship and family breakdown, drug and alcohol use and inability to secure employment plaguing South Sudanese-Australian young people.

Identity is a struggle for many of these young people who have never set foot in Africa but are regularly treated as outsiders in Australia, he said.

“A lot of these young people are so vulnerable and they are so hopeless,” he says.

Two did so in April this year — a man and woman in their 20s.

A community service helped established in Melbourne’s outer southeast and west, run by the Centre for Multicultural Youth, has a variety of programs for young people, including a subsidized basketball club.

As one of its members, Machar says playing in the team has been “amazing” and a great opportunity to “connect with culture, my people”.

His mother, Elizabeth Madhor, is grateful for the financial help to give him and his brothers an active hobby.

Before she had a full-time income, the single mother of seven was often house-bound.

“Kids want to go somewhere but you can’t afford it. That’s very difficult,” she says.

Kenyatta Dei Wal is a director of a suburban branch of the Centre for Multicultural Youth’s South Sudanese program and says his work is worthwhile, even if he improves just one child’s life.

Much of his time is spent is as a cultural and linguistic intermediary between high schools, students and their parents.

“The school system here in Australia is designed in a way that the child gets some support at home also from the parents, and when they are not getting that support at home they fall behind,” Dei Wal says.

Some parents are illiterate in English and received a patchy education in their country of birth, so supporting their Australian-born, fluent English-speaking children is difficult.

“When (students) fall behind, obviously they start to dislike school and they disengage,” Dei Wal says.

“Then there are issues of bullying at schools, discrimination.”

“All of us are trying to work together to tackle this issue once and for all because it’s been happening for years,” he says.

As a relatively new cohort of migrants, Dei Wal views his community on a trajectory, like other waves of migrants in previous decades.

“Vietnamese — they faced the same challenges, the Italians — they were called names,” he says.

“But it’s different because of course, we are visible. We have already been painted with that color, that blanket by the media. They depict very simple incidences and magnify them into something big and scare the entire community.”

Asked about the small portion of youth offenders of South Sudanese cultural background, Victoria Police said the primary risk factor for youth crime is not age or ethnicity but disengagement from education and isolation from the community.

“This is why we continue to connect with young people of all backgrounds,” a spokesperson says.

That includes facilitating a range of activities to connect “with the local community, strengthen family relationships, build self-esteem and improve trust and confidence in the police”.

Refugee settlement and parenting expert Santino Deng, based in Melbourne’s west, believes the challenges to young people in his community are greater than ever.

Their ability to thrive is inextricably linked to parental support but parents are being judged and neglected by mainstream support services, he adds.

“There is a perception that, ‘oh yeah because they have so many children that’s why they cannot look after them’.

“A lot of the time people don’t go deep into finding out what is going on for this parent.

“Where we come from, parenting was a collective responsibility. You don’t only look after your children, it’s the community that helps you.

“Here (in Australia), you are confined in your own house.”

It has been so difficult for some parents to keep their children engaged in school and flourishing in the Australian culture, that some have sent their children to school in Kenya or Uganda, he says.

Deng has spoken to high school students in his area who reported a lack of teacher or parental support to deal with bullying and discrimination.

“They said, ‘you either fight back the bullies or you withdraw’.

“They said some of their friends have dropped out of school because they think no one has their back.”