Traders in Gilgit-Baltistan lamented that they have lost patience over the continuous closure of the Sost border.
By Zenger News Desk June 21, 2021
Facebook
Twitter
Linkedin
Email 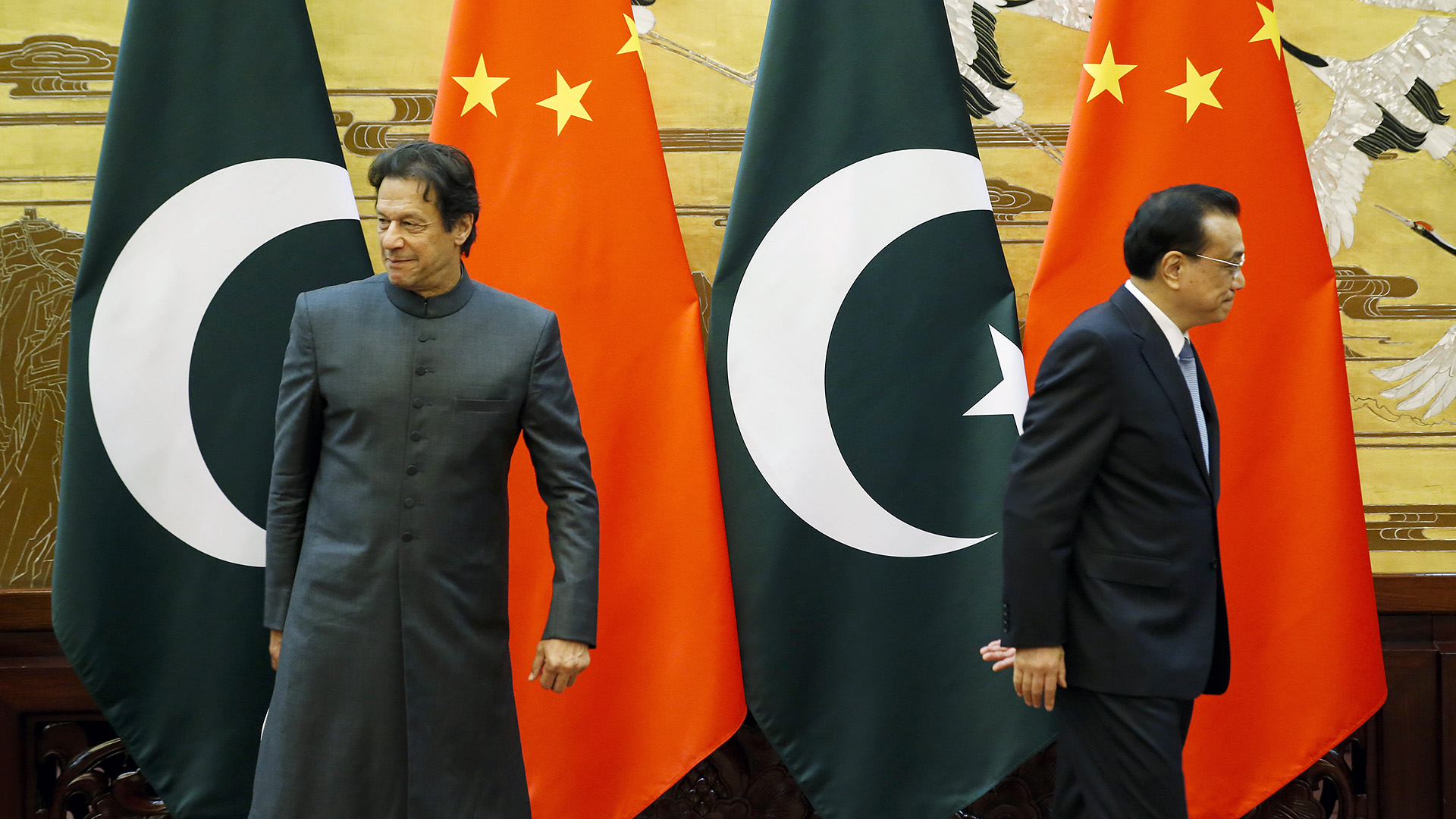 Pakistan-China trade border is closed for the past 20 months due to the Covid-19 pandemic, resulting in a considerable loss. (Pictured) Pakistan's Prime Minister Imran Khan (L) and China's Premier Li Keqiang at the Great Hall of the People in Beijing, China. (Jason Lee-Pool/Getty Images)

ISLAMABAD — Pakistani traders have started to protest in Islamabad as the Pakistan-China trade border is closed for the past 20 months due to the Covid-19 pandemic, resulting in a considerable loss.

Traders protested about the massive damage the closure has caused to their businesses, gave a week’s deadline to open the border, and warned of sit-ins in Islamabad and Gilgit-Baltistan.

“Due to the closure of the border, traders have lost millions of rupees,” said Hussain.

“All traders of the region will be forced to hold peaceful sit-ins outside Khunjerab Pass, Parliament House, and Ministry of Foreign Affairs if their demands are not met.”

According to Hussain, traders in Gilgit-Baltistan lamented that they had lost patience over the continuous closure of the Sost border. The Pakistan-China trade is the only source of livelihood for all small and big traders of the region.

He said the Pakistani Foreign Ministry had issued a notification to reopen the Pakistan-China border.

It may be recalled here that China had earlier agreed to open the Khunjerab border for trade but with stiff conditions because of the Covid-19 situation.

Under the conditions set by the Chinese government, Pakistani exporters and importers would not be allowed to enter China. They would instead load and unload goods on Pakistan’s side of the border for inspection and sterilization.

It was agreed that Chinese exporters would leave the goods on a specific location of Pakistan’s side of the border from where importers may receive them after following the guidelines.

Similarly, exporters would also leave their goods at the same location, which buyers from China would receive after completing the same process on their side of the border.

As per documents available with local media, personnel and both parties’ vehicles were directed to work in different time frames to avoid direct contact.

In this regard, loading, unloading, dropping, and hanging up the trailer will be done separately when the cargo inspection channel is opened. However, the border has remained closed for bilateral trade despite assurances from both countries for unknown reasons.

As per reports, since the early 1960s, Pakistan and China have enjoyed an amicable and cordial relationship based on mutual trust and respect for each other’s vital interests.

However, while the evolution of Pakistan-China bilateral relations has continued comprehensively and engagingly, one finds some discernible adjustments in China’s South Asia policy after Deng Xiaoping introduced reforms in 1978–1979.

“For a successful implementation of economic reforms, China needed a peaceful and stable environment on its periphery,” states the report.

“Since then, China’s South Asia policy has focused on two factors to secure its strategic interests in this region: good working relations with India and continuing expansion of strategic relations with Pakistan.”