Institutes banned from teaching subjects that promote the interests of other countries. 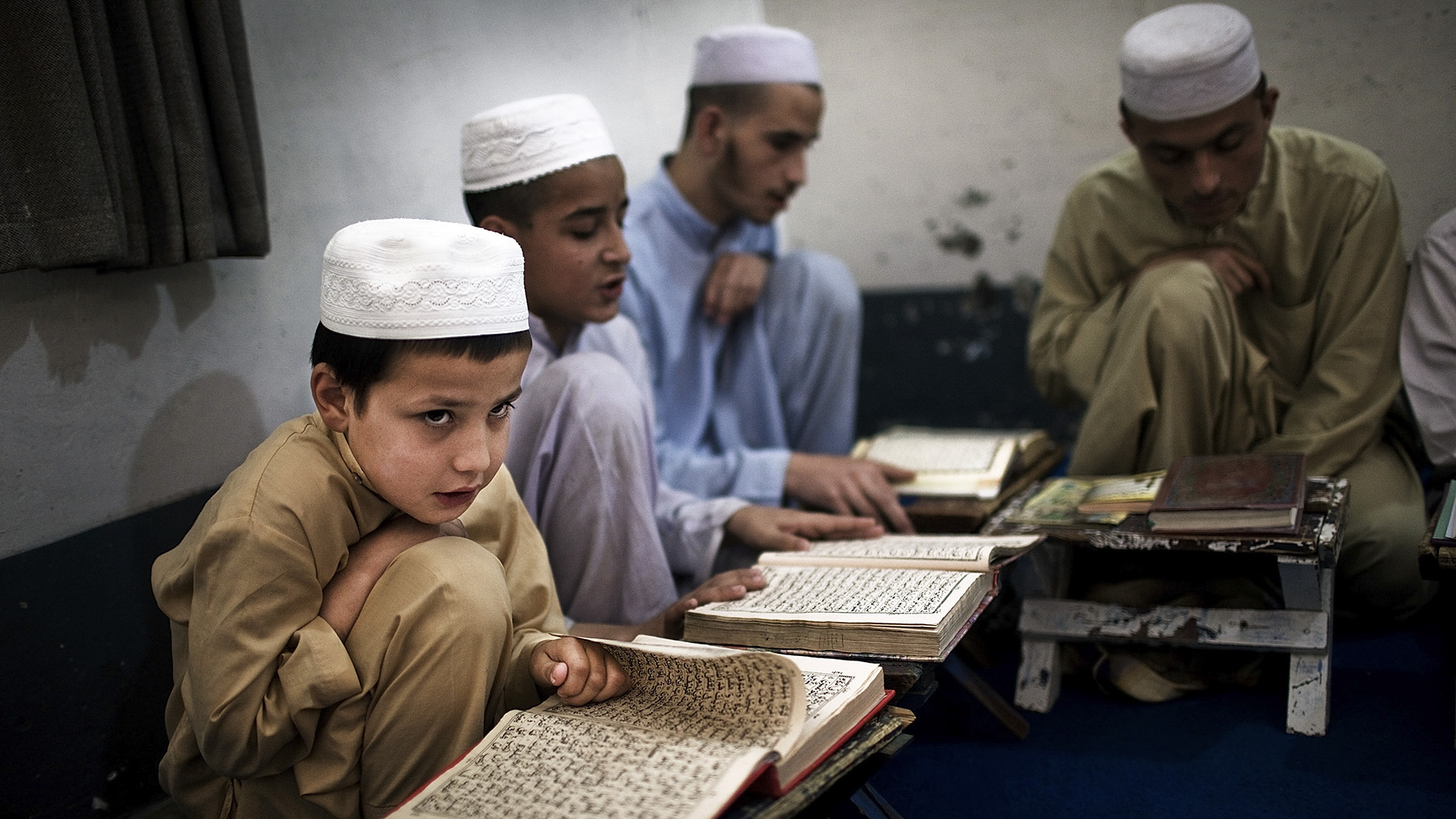 LAHORE, Pakistan — All three sons of Muhammad Afzal, a resident of the Fazaia colony of Punjab in Pakistan capital Lahore, are studying at a seminary known as the Madrassa Jamia Farooqia.

Afzal’s youngest son, Ahmed, was going to a school till last year.

“I made a mistake by sending Ahmed to a government-run school,” Afzal told the Zenger News. “They teach subjects like Biology and English, which could make him less religious. Moreover, I have heard there are sections in these books which are anti-Islamic.”

Ahmed’s instructor at Jamia Farooqia told Afzal he took the right decision by sending all his sons to the seminary.

Afzal and millions of others in Pakistan hold these views even though the Quran and Islamic studies are compulsory for all schools in the country.

Students of public and private schools in Pakistan have access to arts, science, English, math. But, on the other hand, seminary students do no study any of this at all.

But several studies have noted that the condition of state-run schools and colleges is no better than seminaries run by religious groups as the syllabus involves an equal amount of religion studies.

“School textbooks are the main source of radicalization as it promotes biases, partiality, distorted history, and prejudices,” states a 2020 study published in the Journal of the Research Society of Pakistan.

The focus on religious studies in Pakistan’s education started with the creation of the country in 1947. It picked pace in the 1970s under General Zia-ul-Haq’s military regime. He brought in clerics to every segment of the education sector and patronized them to prolong his political career.

In the latest push, Pakistan’s current government under Imran Khan plans to implement a uniform education system with a stronger focus on Islam and Quran.

The first phase of the implementation involves covering classes from first to fifth grades. The plan demands all students must read the Quran with translation, memorize Islamic prayers, and learn some hadiths, quotes from Prophet Mohammad.

The plan also demands that all schools and colleges appoint a certified Hafiz (a seminary graduate who has memorized Quran) to teach these subjects.

Afzal believes his children have a promising future in Pakistan’s job market after getting qualifications from religious seminaries.

“My sons will not only get jobs in schools and universities but will also influence more children to join seminaries and save their afterlife.”

Pakistan has made an effort to keep the semblance of a liberal and objective education system irrespective of people’s religious backgrounds. For instance, Article 22(1) of the Constitution of Pakistan states: “No person attending any educational institution shall be required to receive religious instruction, or take part in any religious ceremony, or attend religious worship, if such instruction, ceremony, or worship relates to a religion other than his own.”

However, these instructions are hardly followed across the country.

“This is problematic — minorities are already forced to study Islamic studies in Pakistan, which is not their subject,” Bilal Ahmed, an assistant professor at the Forman Christian College University, told Zenger News.

“In most of the cases, Christian and Hindu students do not even ask for elective subjects because they are afraid it might be viewed as an insult to Islam.”

Some private school chains are trying to follow international standards and curriculum, but their number is small and beyond the reach of the middle class’s affordability. Thus, it’s not surprising that regional countries with smaller populations send more students to the United States for higher education than Pakistan.

In 2018, when the government said it would implement a uniform education system, many hoped it would be a beginning of a system where public and private schools will have access to artificial intelligence, literature, arts, and science.

However, in 2020, the government revealed its uniform education plan with a heavy focus on Islamic studies. Implementation of the project has moved slowly due to the Covid-19 pandemic but is expected to pick pace this year.

The government is also taking action against schools teaching curriculum to promote neighboring countries’ interests. For example, on June 16, Pakistani closed down eight Iran-sponsored schools in Quetta, the capital of Baluchistan province, for teaching the Iranian curriculum without authorization.

“Textbooks discovered contain only subjects about Iran’s history, geography, and sociology [and], not Pakistan’s,” Quetta Assistant Commissioner Muhammad Zohaib-ul-Haq said in a tweet.

Last year, the Punjab province made it mandatory for all university students to study Quran in their degree programs to graduate. In addition, all publishers in Punjab province will have to submit their books, including science and math, to a committee of clerics for approval before publication.

On the whole, all Pakistani provinces, including Azad Kashmir and Gilgit Baltistan region, have included the compulsory teaching of the Quran with translation into their curriculum for this academic year.

The clerics’ committee, known as the Muttahida Ulema Board, said math textbooks should not have the words “interest” or “markup”.

The Textbook Publishers Association, an industry federation representing all aspects of book publishing, has asked the government to clarify the role of clerics in curriculum selection in subjects beyond the religious domain.

Publishers in Punjab say clerics have asked them to remove parts of Biology and English books as they conflict with Islamic teachings. One of the publishers in Punjab’s biggest publishing market, Urdu Bazar, confirmed it to the Zenger News.

“We have been told to prepare multiple drafts of math and biology textbooks for review,” Furqan Mahmood, manager of Urdu Bazar Depot, a publisher in Lahore, told Zenger News.

“We have no option but to do it. Everyone here in the market knows that these elective subjects should not be given to clerics for review, but no one speaks over the fear of backlash.”

Ahmed believes such a syllabus will create a generation of rot learners with a world view driven by Islamic teachings rather than science.

“Clerics should not be allowed to comment, let alone dictate, what goes in math or other elective subjects,” he told Zenger News.

However, clerics in Pakistan are convinced that the increased involvement of religious scholars is a step in the right direction.

“Pakistan was made in the name of Islam, but colleges and universities in the country are promoting secular ideas by teaching subjects like Arts, Music, English,” Hafiz Kareem, who teaches Quran at Jamia Naeemia, an Islamic university in Lahore, told Zenger News.

“Clerics should be given more role in the selection of subjects’ syllabus and teaching of Islamic subjects should be made compulsory for all students irrespective of religion.”