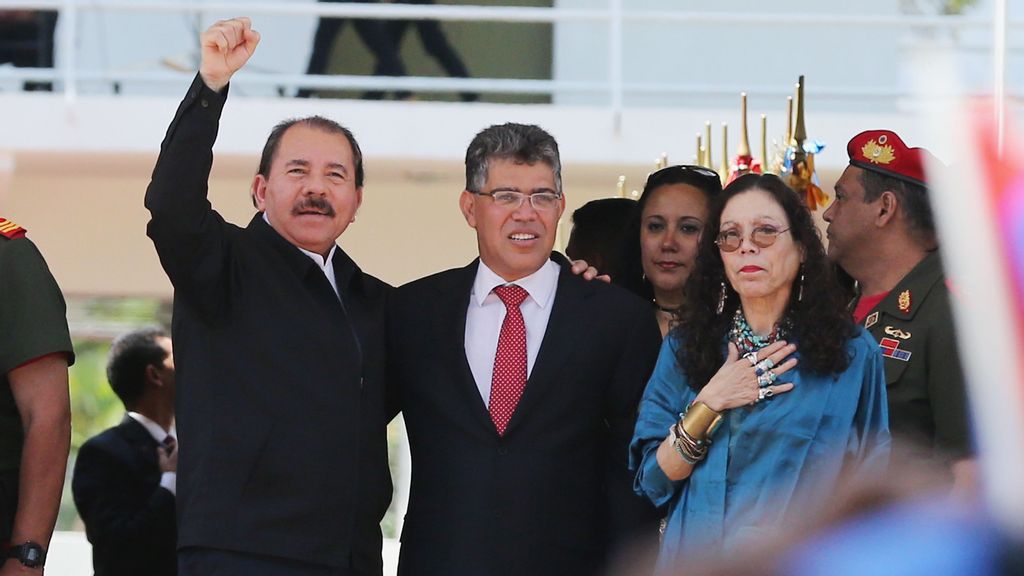 Five months before Nicaragua’s general election, all signs point to Ortega retaining control. He might run for a third term, or his regime could still run the government.

Daniel Ortega (La Libertad) has been Nicaragua’s president twice: from 1985 through 1990 and 2007 to the present time. Between 1981 and 1994, he was part of the Government Junta of National Reconstruction, which officially governed the country from July 1979 to January 1985.

As the Sandinista National Liberation Front’s main leader, Ortega was a cornerstone of the Sandinista Revolution. This left-wing movement dethroned the Somoza family (supported by the U.S. government) in Nicaragua.

Four decades later, Ortega is still Sandinism’s leader, but he does not embody the same ideals.

“He has very little of the original plans in the Sandinista party of the 1980s. He has become what thousands of Nicaraguans gave their lives to combat, a tyrant. In that, he has excelled, and has been to the country, in order of magnitude, worse than the dynasty overthrown in 1979,” said Marco Navarro-Genie, the president of the Canada-based Haultain Research Institute.

“Today, all the formal and informal institutions of the country, except for the Roman [Catholic] Church, are under his power and influence. He and his family are the richest people in the country, by most counts,” he said.

On November 7, Ortega could be elected to a third term in office, which would have been illegal before 2014.

“The 2014 constitutional reform erased the clause that prevented re-election. As a result, Ortega can now be reelected indefinitely and does not need a specific percentage [of votes] to win the presidential seat. He can win by one vote; he only needs a simple majority,” said José Antonio Peraza, a member of the Political Council of the Blue and White National Unity, a coalition of organizations and individuals opposing Ortega’s regime.

But, despite controlling the electoral body, Ortega still wants to sweep away any competition before the polls.

Laura Chinchilla, Costa Rica’s former president, criticized these events, calling them “a tropical version of the Night of the Long Knives.” She was referring to the night of June 30, 1934, in which the Nazi regime ordered a series of political assassinations.

Ortega’s actions are dissonant in a context in which Nicaragua’s regional allies — Cuba and Venezuela — have shown symbolic gestures of openness.

“Some [of Ortega’s] more personal issues come into play here. His fear of repeating his 1990 mistake … is greater than the rational calculation of seeking some concession to buy time basically,” said Tiziano Breda, the Central America analyst at the Crisis Group.

Back in 1990, Ortega lost an election and was politically marginalized. According to Breda, Ortega is aware that retaliation against him could be very strong in the present moment.

“The only explanation I can find is that he wants to dismantle any possibility that there is a fairly coherent political force that could confront him in the election,” said Peraza.

According to Peraza, Ortega knows that he would not be able to win the election if a single unified force comes together. “He has too many connections with Venezuela and Cuba to stay in power, and he wants to remain in office. So he is challenging the entire international community by imposing his will,” he said.

Nicaragua has little weight in the international arena, which has allowed Ortega to trample freedoms with less fuss than his Cuban and Venezuelan allies.

“Nicaragua and its people are wonderful, but outside geostrategic plays between large powers, the country is a backwater of sorts,” Navarro-Genie said.

“When North American lefties were interested in using the country as [an Eastern Bloc] proxy in the Cold War, against the U.S. and Ronald Reagan primarily, they embraced it, and flocked to it in their Birkenstocks in full force,” the researcher said.

But the reality is different before the 2021 election, and the distance “European and North American lefties have taken now may be less related to the supposed ending of the Cold War … It may be related to the fact that Ortega and his circle became pariahs. They expelled the party from the International Socialist movement, and I get the impression, certainly among the Canadian Left, that they don’t want to be reminded of their past association with the Ortegas,” he said.

Arresting his opponents could help Ortega, even if he ends up losing the election, according to Breda.

“I think there is an intention of accumulating exchange tokens to negotiate an exit since he is not only motivated by the fear of losing the election, but also the fear of what may happen next. An increasing number of political arrests might raise the crisis profile, giving him some leverage to negotiate even if he attracts international attention,” he said.

Peraza believes that a climate of mistrust in the electoral body may be the solution that Ortega is seeking. “He knows that his ceiling [of votes] is just over 35 percent, and his floor is 30 percent. If he achieves a very high abstention, his ceiling increases, and he can win with 35 or 40 percent.”

Despite condemnations from the Organization of American States and the international community, experts do not imagine Daniel Ortega and Rosario Murillo, his wife and vice president, will leave power in the short term.

“Daniel has not announced his candidacy, which seems unusual to me. I would not be surprised if they propose Rosario as president and Daniel as vice president, or some other combination in which Rosario will be the leader. They are making sure that all potential candidates are eliminated, and their candidate will win the election, regardless of who it is. That seems more in keeping with how Rosario operates. She does not suffer opposition well,” Navarro-Genie said.

“If things continue in this way, the most likely outcome is that something similar to what happened with Venezuela 2018 election will repeat. Back then, the election was held amid a climate of evident irregularities, and the [Organization of American States] did not acknowledge the results. But that might isolate Ortega more. He is ultimately heading in the direction of being recognized as an outcast in the region,” said Breda.

Since the Somoza family came to power in 1937, Nicaragua has only had 17 years of non-Somoza or Sandinista governments. Along with Cuba and Venezuela, Nicaragua is considered one of the three dictatorships in the region. In addition, the Ortega family, as well as the Chamorro family, are known for monopolizing power in the country’s recent history.

(Translated and edited by Gabriela Olmos; edited by Melanie Slone and Kristen Butler.)