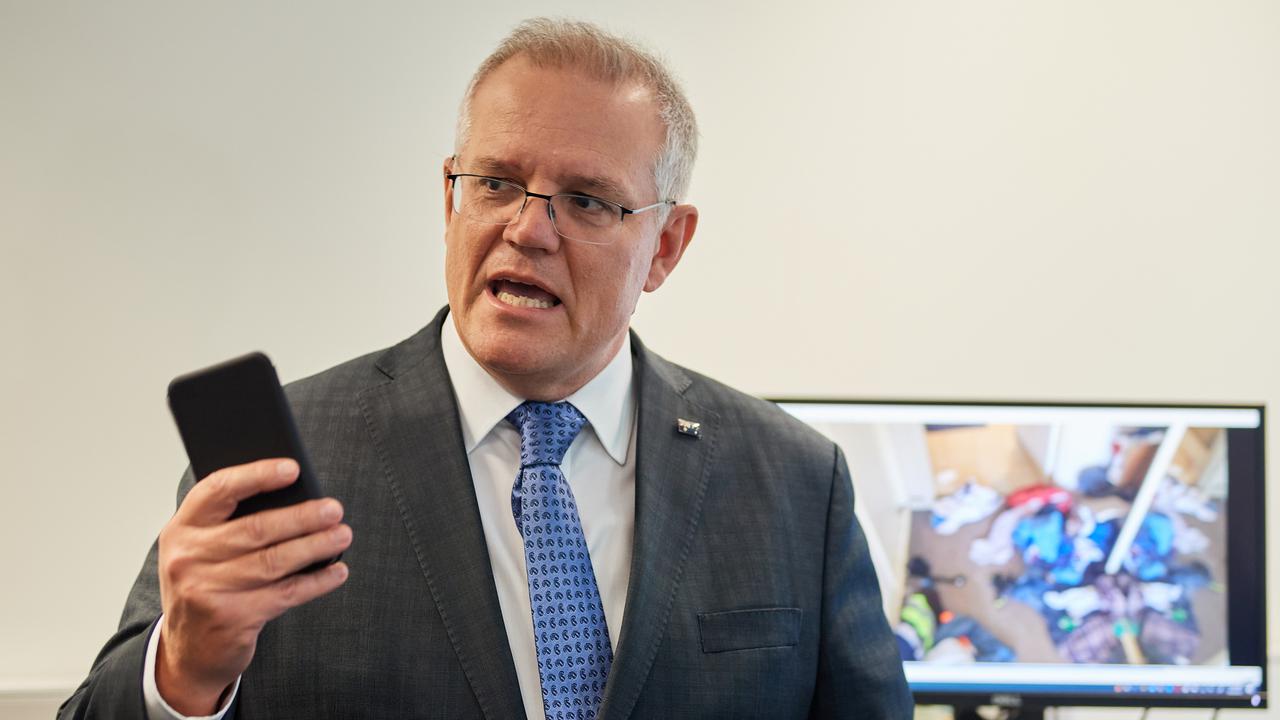 Prime Minister Scott Morrison has dismissed scrutiny of his friendship with a QAnon conspiracy theorist.

CANBERRA, Australia — Scott Morrison has again struck out at “pretty ordinary” attempts to link him to a man involved in the QAnon conspiracy theory.

Four Corners investigated his relationship with old friend Tim Stewart, who is deeply involved in the conspiracy cult.

Tim Stewart bragged about getting the coded message “ritual sexual abuse” inserted into one of the prime minister’s speeches and his wife worked at Morrison’s official residence until late last year.

The pair celebrated New Year’s Eve together and were scheduled to be in Hawaii around the same time.

Four Corners revealed Stewart’s mother and sister were so concerned about his behavior in relation to QAnon they twice contacted the national security hotline.

The prime minister distanced himself from Stewart, who he has known for several decades.

“We’ve all got friends, and we’ve all got acquaintances who have got views that we don’t share,” he told a national radio station on June 21.

“But you know, what do they expect us to do, to just sort of cancel people just because they have views different to ourselves?

“I don’t support the views of QAnon, I barely even knew what it was until more recently, over the last year or so.”

Morrison accused people of trying to attack him over what people he knew believed and said the investigation was “a bit of a longbow”.

“I haven’t seen Tim for some time, I’m much closer to his wife, Jenny and I are long-time friends of her,” he said.

“I just think it’s a bit ordinary to drag other people into it. I’m the prime minister, hold me to account for my views.”

He said people he knew were entitled to privacy regardless of whether people agreed with their views.

“I certainly don’t agree with Tim’s views on those things at all,” Morrison said, “He’s a (Cronulla) Sharkies support, I agree with him on that, but not on QAnon.”

QAnon is a discredited far-right conspiracy theory alleging that a cabal of Satanic, cannibalistic pedophiles run a global child sex trafficking ring and conspired against former US President Donald Trump during his term in office. QAnon commonly asserts that Trump has been planning a day of reckoning known as the “Storm”, when thousands of members of the cabal will be arrested.

QAnon commonly asserts that Trump has been planning a day of reckoning known as the “Storm”, when thousands of members of the cabal will be arrested.

In November 2017, Paul Furber, Coleman Rogers, and Tracy Diaz, two 4chan moderators and a YouTuber respectively, worked together to propagate QAnon to a wider audience.