A group of Aboriginal heritage officers have voiced their opposition to a proposed cable car on kunanyi/Mount Wellington.
By Ethan James June 21, 2021
Facebook
Twitter
Linkedin
Email 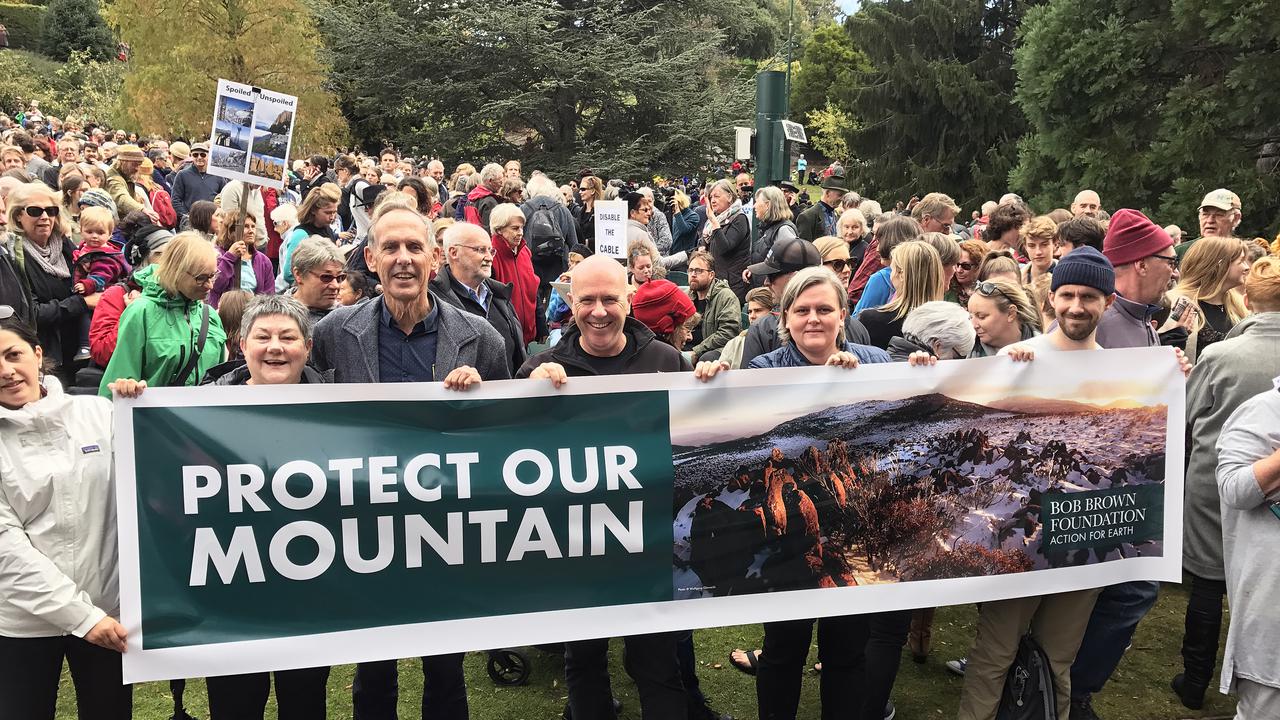 A proposed Hobart kunanyi/Mount Wellington cable car has long been the target of protests. (AAP Image)

The group of ten officers have voiced strident opposition to the controversial plan which is in its final throws of public consultation.

The Mount Wellington Cableway Company (MWCC) wants to construct a two-car cableway with three towers to the 1271-meter summit of the mountain above Tasmania’s capital.

New indoor and outdoor viewing facilities, plus a cafe, restaurant, and function center are part of the plan.

A survey of the area’s Indigenous heritage, included as part of the company’s 800-page proposal, found no evidence of relics or Aboriginal sites within the footprint of the development.

But the group of heritage officers say the assessment perpetuates the racist myth of terra nullius and has been completed by a non-Aboriginal interstate archeologist.

“The impact this development will have goes beyond impacting on the physical aspects of the land or heritage sites,” heritage officer and group spokeswoman Sharnie Read said.

“It impacts on the living history, the spiritual importance of kunanyi.

“The cultural and natural values of such an incredibly significant component of the cultural landscape must be protected.

Their submission, made to the Hobart City Council, says the cable car should be refused as it will affect the mountain’s cultural values forever and would be a “significant impost”.

“The absence of any physical evidence cannot be used to deny the cultural values of kunanyi to Aboriginal people,” it reads.

Public submissions on the project close on June 22, with the council, expected to vote on the proposal in July.

If it passes the council process, it will still need to be approved by the Tasmanian Planning Commission and federal authorities.

Residents Opposed to the Cable Car has raised other issues with the project, including around environmental and noise impacts and the “medium risk” of a sewage spill identified in an engineering report.

Spokesperson Vica Bayley said some 4500 to 5000 anti-cable car submissions have been made to the council through the group’s online portal.

“There will come a day where a mountain-like (kunanyi) … that isn’t commercialized, is the drawcard,” Bayley said.

“It’s a really intense personal experience to go to the summit on some days. That entirely changes with 3500 square meters of new commercial real estate.”

The mountain’s summit is currently accessible by walking tracks and a sealed road, which can be closed in bad weather.

In 2018, thousands protested against the cable car at a Hobart rally headed by former Greens leader Bob Brown.