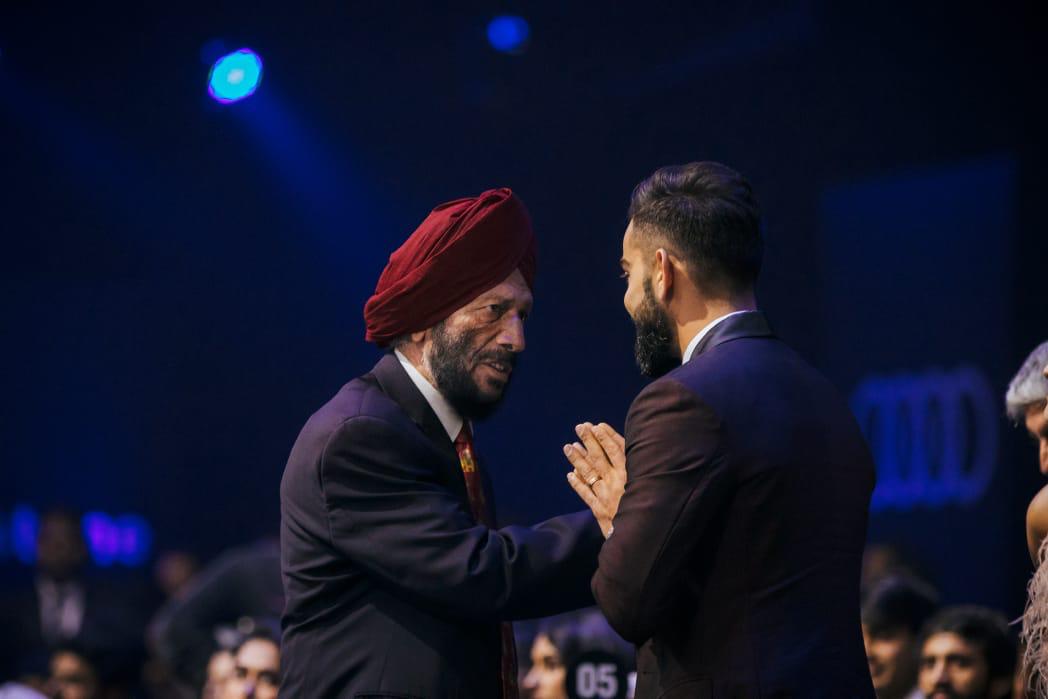 Thanks to his performances across the globe, Milkha dominated sprinting for more than 10 years, winning multiple laurels for India. There has been no one who matches Milkha’s achievements in the country in track and field.

During the 1947 Partition, an orphaned Milkha traveled from Govindpura, a village in the Punjab province of Pakistan, to India’s capital Delhi. He was introduced to the sport while serving in the Indian Army.

Young Milkha first hogged the limelight when he outperformed 394 soldiers in a race and was selected for further training. That eventually laid the base for him to become a legendary sprinter.

Milkha represented India at the 1956 Olympics in Melbourne, the 1960 Olympics in Rome, and the 1964 Olympics in Tokyo. He was the first Indian athlete to claim a gold medal in the individual athletics category at the Commonwealth Games before the sprinter’s record was broken in 2010.

Milkha defeated Pakistan sprinter Abdul Khaliq in a 200 meters race to win a gold medal in Tokyo Asian Games. Khaliq was the fastest man in Asia in 1958, and after Milkha defeated him, the Indian sprinter was given the title of “The Flying Sikh”.

Hima Das, an Indian sprinter, said the legendary sprinter had told her that he wanted to see her winning a gold medal in Olympics.

“When I gave good timing in Asian Games, he called me and said ‘before I die I want to see one gold medal in Olympic and you have enough time because you have just started you can do it keep working hard and be dedicated’,” she said. “At that time, I was 18 years old.”

Although Milkha’s achievements in sports are well documented, the biopic of his life, “Bhaag Milkha Bhaag” (2013), inspired an entire nation and launched the sports biopics trend in Bollywood, India’s Hindi movie industry based in Mumbai.

The film starring Farhan Akhtar was a record hit.

“A part of me is still refusing to accept that you are no more,” tweeted Akhtar.

“Maybe it is the stubborn side I inherited from you, the side that when it sets its mind on something, just never gives up.”

Indian screenwriter and chairperson of the Central Board of Film Certification, Prasoon Joshi, said the track legend was an inspiration for everyone.

“It was an honor to write ‘Bhaag Mikha Bhaag’, which allowed me to explore his life and learn a lot from it,” said Prasoon.

“Had just met him and his wife a few months back in Delhi, and at 91, he was still looking forward to life. A doer an optimist whose positivity will always resonate with me.”

Sharing how Milkha inspired him, Joshi said: “He was an inspiration for not only the film I wrote but In life. He raced. He did not run away from difficulties, ran with them.”

In 2016, fans got another treat when the movie “M.S. Dhoni: The Untold Story”, based on the life of Indian cricketer Mahendra Singh Dhoni, hit the floors. The film — starring the late Sushant Singh Rajput — broke several records.

Sports biopics have since become a favorite with fans.

Milkha had sold the film’s rights for one rupee and inserted a clause stating that a share of the profits would be given to the Milkha Singh Charitable Trust, which was founded in 2003 with the aim of assisting the poor and needy sportspeople.

As news of his death spread, politicians, film stars, and sportspersons took to Twitter to express grief.

“In the passing away of Shri Milkha Singh Ji, we have lost a colossal sportsperson, who captured the nation’s imagination and had a special place in the hearts of countless Indians,” Indian Prime Minister Narendra Modi tweeted.

“His inspiring personality endeared himself to millions. Anguished by his passing away.”

“A legacy that inspired a whole nation to aim for excellence,” tweeted Virat Kohli, Indian cricket team captain. “To never give up and chase your dreams. Rest in Peace. You will never be forgotten.”