Rare recordings from the Library of Congress captured the memories of people born in slavery and freed, some on June 19, 1865
By Nzinga Aku Temu June 18, 2021
Facebook
Twitter
Linkedin
Email 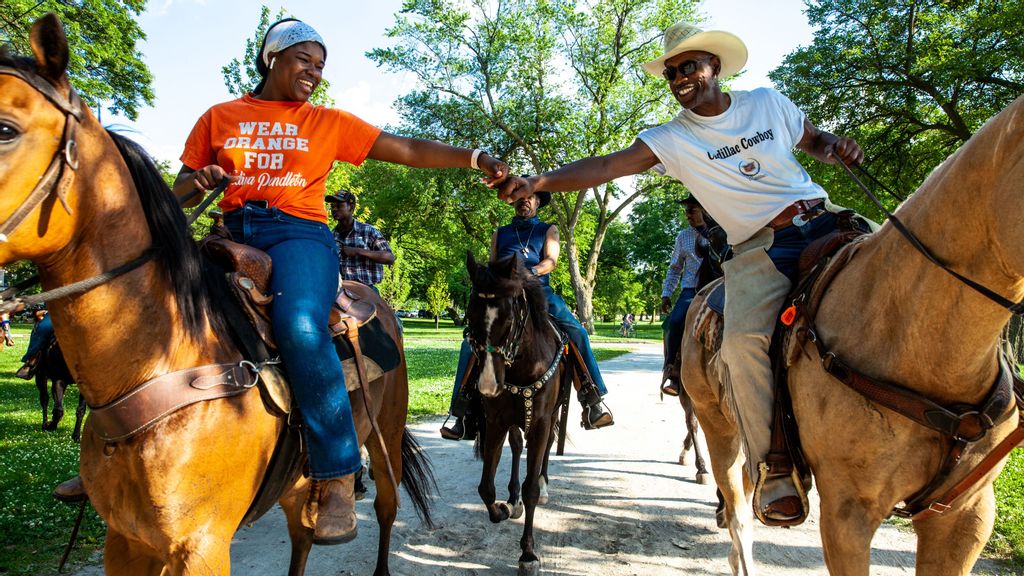 It is 1941, and she is talking in her native Hempstead, Texas, to a University of Texas professor, John Henry Faulk, about being enslaved, how she became free on June 19, 1865.

That made Smalley, who then estimated she was 85, one of the last living witnesses to the original Juneteenth, although she did not know it was occurring at the time.

Her interview is now preserved in the Library of Congress’ collection of recordings, and she was not alone in remembering what happened when Union soldiers made their way through Texas, two months after Confederates surrendered at Appomattox Court House in April 1865.

Smalley, Uncle Billy McCrea, and Aunt Harriet Smith were recorded and interviewed in 1940 and 1941 by Faulk, at the time a professor collecting folklore and memories, and later a radio broadcaster and advocate for civil rights.

Smalley, like many of the enslaved millions, did not know her real age, but thought she was 10 when freedom came, on June 19.

In fact freedom had been declared long before, by Abraham Lincoln in the Emancipation Proclamation on January 1, 1863, and she and her family’s enslaver who they called Mr. Bethany, had already returned from the Confederate defeat.

“And I thought old master was dead, but he wasn’t. He had been off to the war, and… come back. I just know he was gone a long time. All the n****s gathered around to see the old master again. You know, and old master didn’t tell, you know, they was free.”

Faulk asked her: “He didn’t tell you that?”

“Uh-uh. No he didn’t tell,” she replied. They worked there, I think now they say they worked them, six months after that. Six months. And turn them loose on the nineteenth of June. That’s why, you know, we celebrate that day. Colored folks — celebrates that day.”

She recalled the celebrations which quickly came to mark that date.

“I remember, you know, the time you give them a big dinner, you know on the nineteenth,” she said.

But what happened after would not be celebrated.

“Mama and them didn’t know where to go, you see after freedom broke,” she said.

“Didn’t know where to go. Turned us out just like, you know, you turn out cattle.”

The sudden end to slavery was witnessed too by Billy McCrea, who estimated he was 88 when he spoke to Faulk in 1940, in Jasper, Texas, where he had been enslaved.

After the emancipation was enforced, Union soldiers simply left, and it was up to the newly freed African Americans to find their way in a hostile country.

McCrea, who said he was a “big boy” at the time, remembered the blue uniforms of the Union troops, their long trains of mules dragging cannon, and the men on horseback.

“We all would [be] standing looking at them, all going home” he told Faulk.

It was a dramatic change: McCrea’s father had driven a wagon for the colonel, who — McCrea recounted — traded slaves across the south.

“Well, none of your folks were ever sold then?” Faulk asks. “No, sir. None of them never was sold.”

But he had — even as a child — witnessed atrocities. Outside the jailhouse in Jasper, he told Faulk, he had witnessed runaway slaves being brought in.

Aunt Harriet Smith, who was like Smalley, born into slavery in Hempstead, Texas, saw her life change after the “big break up.” That was the term for the day of freedom: until then, a white man held her, her grandmother and her mother as his slaves.

“He had my grandma, and uh, and my ma. My ma was the cook, and grandma, you know, and them they worked in the field, and everything. I remember when she used to plow oxen. I plowed, I plowed oxen myself,” she told Faulk in 1941.

Smith, who was unsure of her age, did not recount the moment of liberation, but said that when it happened “all, all our white folks was dead.”

Instead of being thrown out, her family rented part of the farm where they had been enslaved.

“Rented on the halves till we bought our home across the creek,” she recalled.

Now, 165 years after they witnessed it, the voices of Smith, McCrea and Smalley are being heard again, as the day of their freedom is a federal holiday for the first time.