War Drums Get Louder In Nigeria 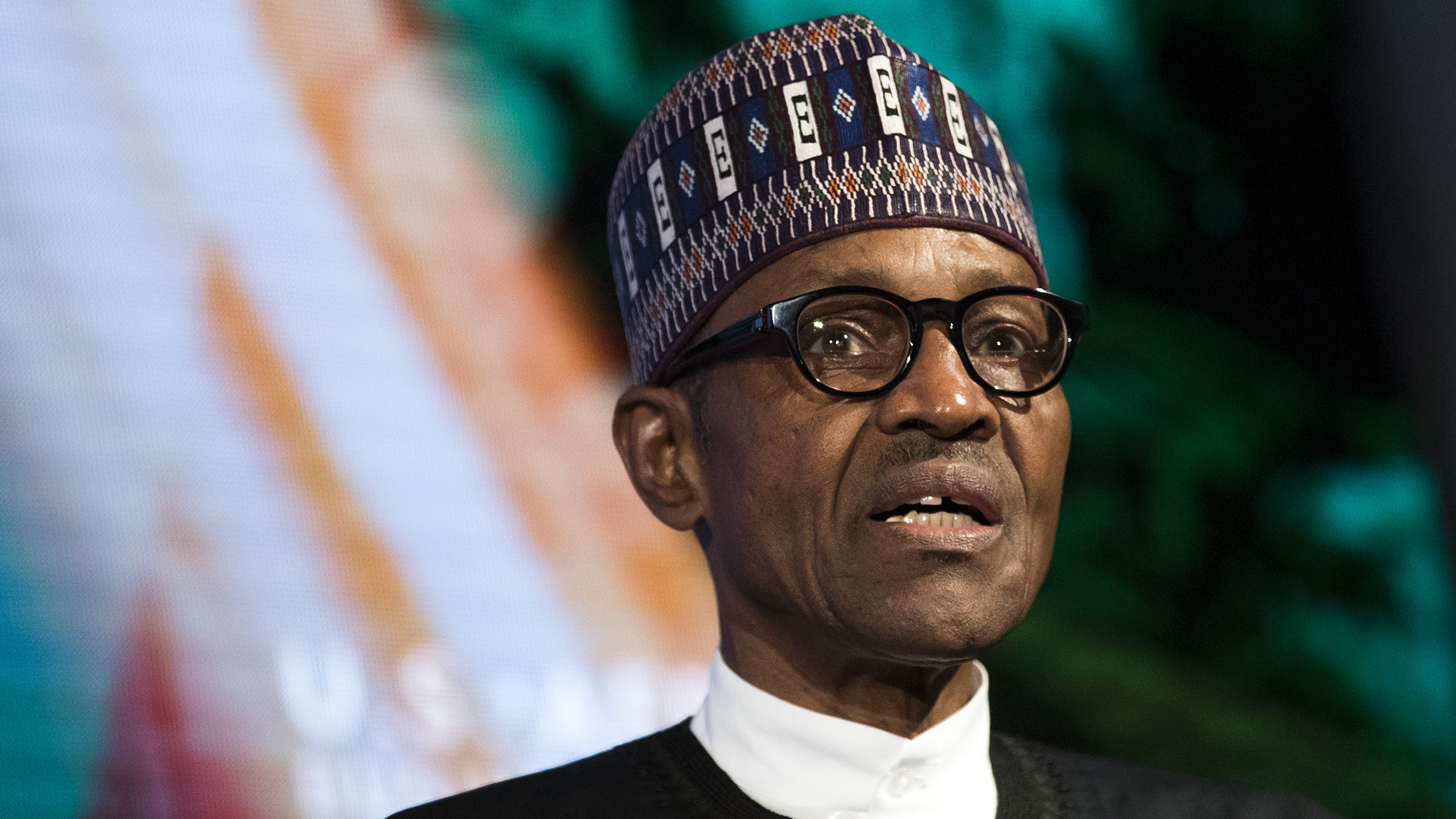 LAGOS, Nigeria — Attackers shot dead Ahmed Ali Gulak, a close ally of Nigerian President Muhammadu Buhari, in Owerri, the capital of Imo State, in the country’s restive southeast region, on the morning of May 29.

His killing precipitated a series of reactions that led to Buhari being suspended from the micro-blogging site Twitter, whose operations in Nigeria have also been halted by the government in what is widely seen as a retaliatory measure.

These events brought to the fore the simmering conflict in the southeast, home to the Igbo people, and where a secessionist movement in 1967 led to the deaths of more than one million over a two-and-half-year period in what is widely known as the Biafra War.

“Many of those misbehaving today are too young to be aware of the destruction and loss of lives that occurred during the Nigerian Civil War,” said Buhari in the tweet, which Twitter pulled down amidst widespread condemnation. 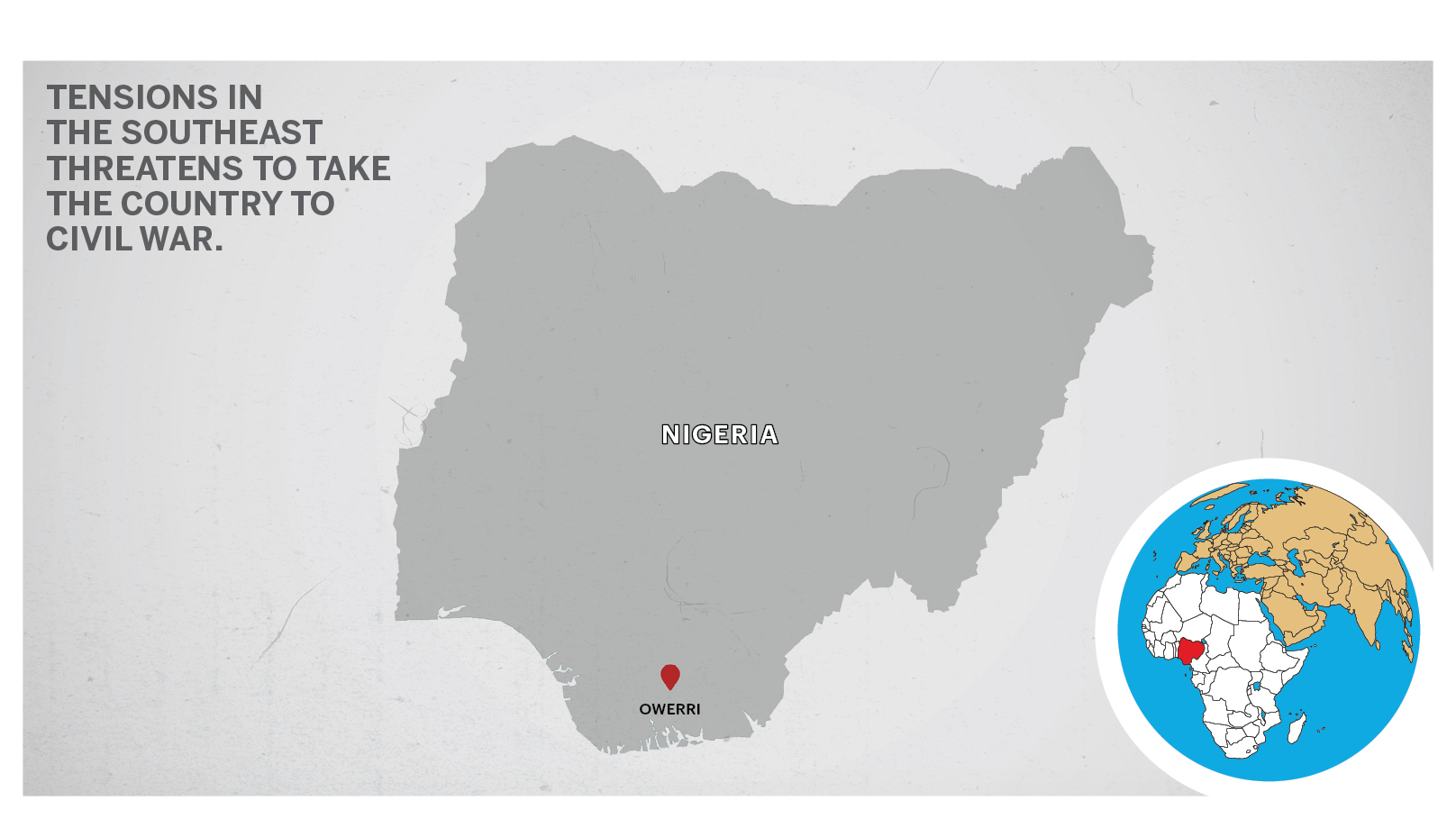 “Those of us in the fields for 30 months, who went through the war, will treat them in the language they understand,” said Buhari, who fought in the Nigerian army during the Biafra civil war.

Twitter promptly deleted the tweet and temporarily suspended Buhari’s account, saying that it breached its community rules on messages that fan violence, and the government struck back.

Speaking to the press on June 9, Nigeria’s Minister of Information and Culture, Alhaji Lai Mohammed, said Twitter’s suspension was necessary because it provides a platform that “threatens Nigeria’s existence.”

In a separate press conference, Abubakar Malami, Minister of Justice and Attorney General of the Federation, threatened Nigerians with arrest and prosecution should they tweet using their handles.

The genesis of the current tension goes back to the February 2019 gubernatorial elections in Imo State in the southeast.

The Independent National Electoral Commission announced that the incumbent governor, Emeka Ihedioha of the opposition Peoples’ Democratic Party, had won.

Hope Uzodinma of Buhari’s All Progressive Congress party came fourth, according to the electoral body.

However, Uzodinma challenged Ihedioha’s victory all the way to the Supreme Court, which declared the former the duly elected governor of Imo State in January 2020, thus sparking protests.

Uzodinma invited the army to quell what he said was a threat to security by militant groups around Orlu, one of the major towns in the state.

Gulak was the chairman of the committee that organized the February 2020 gubernatorial primaries of the All Progressives Congress (one of the two major political parties in Nigeria) in Imo State that saw Uzodinma’s emergence as the party’s flag bearer.

Many people in Nigeria think that Gulak, a former adviser to ex-president Goodluck Jonathan, was targeted because of his close links to Buhari and Uzodinma.

However, many say that what was supposed to be a routine security exercise to calm protests dovetailed into a deadly military operation, which leaders in the community alleged led to the sweeping execution of young Igbo men.

Even more baffling is the large-scale targeted attacks on state institutions in the five states in the southeast, Abia, Anambra, Ebonyi, Enugu, and Imo.

Police stations, correctional centers, and offices belonging to the Independent National Electoral Commission were attacked and destroyed in April.

“The president directed security and intelligence agencies in the state and the geopolitical zone to fully mobilize and go after the terrorists, apprehend them and get them punished under the full weight of the law,” said tweets from the presidency in reaction to the attacks.

However, to some in the region, Buhari has been looking for an excuse to war against the southeast.

Buhari’s 97-versus-5 percent controversial statement on how he would run the country, which he made during an interview at the United States Institute of Peace on July 22, 2015, left people in the region uneasy.

Responding to a question on inclusivity in his administration, Buhari said: “I hope you have a copy of the [March 28 and 29, 2015] election results. The constituents, for example, that gave me 97 percent [of the vote], cannot, in all honesty, be treated on some issues with constituencies that gave me five percent. I think these are political realities.”

On the three previous occasions he sought election as president in 2003, 2007, and 2011, his vote return from the southeast was just as dismal as what he scored in 2015.

People of the region complain of marginalization by Buhari’s government over the six years he has in power. Buhari won reelection in February 2019.

“We are excluded appointments into any arms of the security agencies,” Okechukwu Isiguzoro, the secretary-general of Ohaneze Ndigbo Worldwide, a global socio-cultural organization of Igbos, told Zenger News.

“The federal authorities orchestrated the attacks through cattle herders from the Fulani to create the basis for full deployment of military personnel to the region.”

The Fulani is a nomadic tribe of cattle herders to which Buhari belongs.

During an interview with a Nigerian TV station on June 10, Buhari insinuated that the rebellion would be easy to contain since the southeast region is geographically encircled and that Igbo business people are spread all over Nigeria.

Although they comprise 15 percent of Nigeria’s 210 million population, the Igbos are known for their entrepreneurial spirit, which has given them enormous economic clout and makes up for their moderate political influence in the country.

“Buhari, unlike his predecessors, has through his actions reinforced the perception that his administration is promoting an unofficial policy of shutting out the southeast from prime government positions,” Pius Mordi, a public affairs analyst based in Lagos, told Zenger News.

Since its independence from Britain in 1960, Nigeria’s politics has been characterized by sharp divisions between the Muslim northern half of the country, dominated by the nomadic herder Fulani and Hausa tribes, and the Christian southern half, dominated by the farmer Yoruba and Igbo tribes.

The Eastern Region, comprising the five federal Igbo-majority states, unilaterally declared independence, and a new country called the Republic of Biafra on May 30, 1967, with army Colonel Chukwuemeka Odumegwu Ojukwu, as its leader.

The move triggered a two-and-half-year conflict that ended in January 1970 with Biafra’s surrender.

However, due to Buhari’s alleged marginalization of the region, a hitherto dormant youth movement with a dream of a new Biafra nation from the ashes of the 1967-1970 civil war started getting greater attention.

Nnamdi Kanu, a British citizen and founder of the Indigenous People of Biafra, has fueled fresh secession attempts.

His organization is a more vocal version of the Movement for the Actualization of the Sovereign State of Biafra formed by Ralph Uwazuruike in the early 2000s to agitate for “New Biafra.”

As Kanu’s organization gained greater popularity in the southeast—but still on a non-violent trajectory—the Nigerian military designated the group as a terrorist organization in September 2017.

“This came at a time when armed herders were killing indiscriminately with only muted condemnation from the Federal Government,” Elder Asu Beks, president of Ijaw Media Forum, told Zenger News.

When he was eventually released under strict conditions, following intense pressure from political leaders, the military moved into the region in September 2017 to neutralize the secessionist Movement under Operation Python Dance.

Mohammed, the information and culture minister, alleged that Twitter allowed Kanu to use its platform to call for the killing of police officers, and the company allegedly failed to take down the tweets despite repeated requests by the Nigerian government.

Kingsley Chiedu Moghalu, a former deputy governor of the Central Bank of Nigeria and a 2023 presidential aspirant, said Buhari’s statements are “bringing up evocations that are very unpleasant” for the Igbo.

Although the Igbos had minority groups in their short-lived Biafra Republic, their renewed quest for secession no longer enjoys the sympathy of other ethnic groups outside the five core Igbo states.

Theo Akatugba, a media practitioner, said the Igbo had not been marginalized “in the truest sense.”

“It was their unrealistic clamor which led to the Nigerian Civil War,” he told Zenger News.

“The Igbos have expansionist tendencies. In terms of appointments, they were very visible in the previous administration of Jonathan, even though they do not have voting power. They are merely agitating because they have a victim mentality.”

«Previous Post
Quest For Gold Sends Young Cameroonians To Early Graves»Next Post
For Young Africans, The Dream Of Europe Does Not Resemble Reality