VIDEO: Wing And A Prayer: Hopes For Endangered Bald Ibises Released Into The Wild

The once-worshipped birds are back, 400 years after being declared extinct in Europe.
By Georgina Jadikovskaall June 18, 2021
Facebook
Twitter
Linkedin
Email 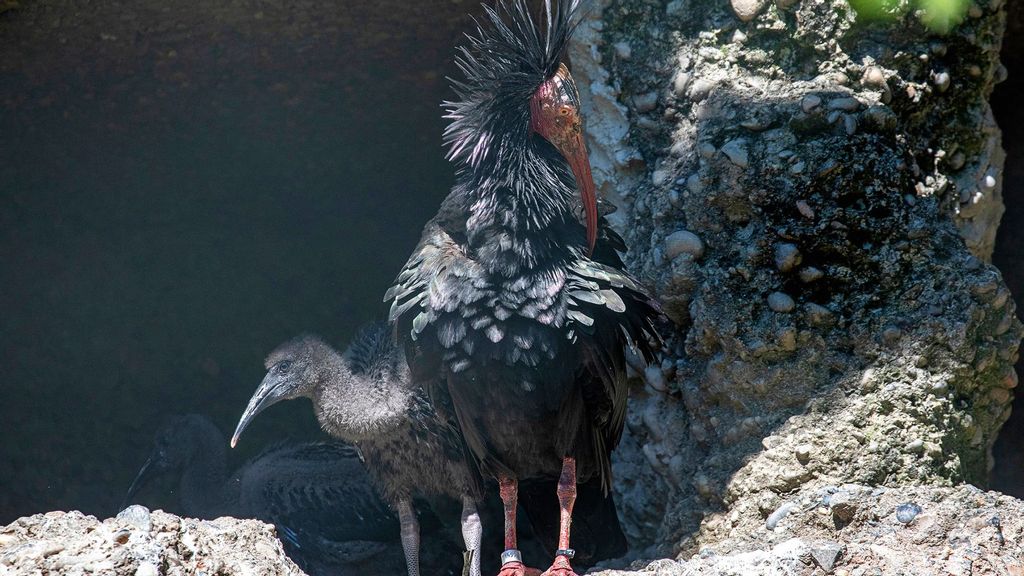 The Zurich Zoo in Switzerland has announced it will release three more northern bald ibises into the wild in July to support their comeback in Europe. The project aims to revive the species after it was eradicated from the continent in the 17th century.

The northern bald ibis, also known as the waldrapp, has been listed as endangered on the IUCN Red List since 2018, after several reintroduction programs helped to downlist the species from Critically Endangered.

European zoos have been raising waldrapps since the 1930s. There are now an estimated 1,700.

Two resettlement projects being carried out in Europe: The “Waldrapp Team” project in Central Europe and another project centered in Andalusia, Spain.

The Zurich Zoo is taking part in both and has so far released 13 waldrapps into the wild. It aims to release three more in July. In the spring, the zoo welcomed four young waldrapps.

Sightings of the northern bald ibises have become increasingly frequent since 286 birds were released into the wild by the Waldrapp Team from 2004 to 2018. But follow-up research found the mortality rate of the young birds is high, as many of them never make it to adulthood or have offspring.

The waldrapp is both migratory and sedentary, depending on where it lives. The Central European birds migrate to Southern Europe for the winter, while the population in Spain stays put.

Bald ibises, which feed on small insects and occasionally rodents, live between 20 and 25 years.

In ancient Egypt, three kinds of ibis were considered sacred: the sacred ibis, the glossy ibis and the northern bald ibis. The latter lived on the eastern bank of the Nile, considered a rebirth and resurrection region (the akhet). The species, therefore, could be seen as messengers from the other world — earthly manifestations of the blessed dead (the akhu).