The growth rate can pick up to 8 to 9 percent if positive actions are taken, the Confederation of Indian Industry says.
By Zenger News Desk June 18, 2021
Facebook
Twitter
Linkedin
Email 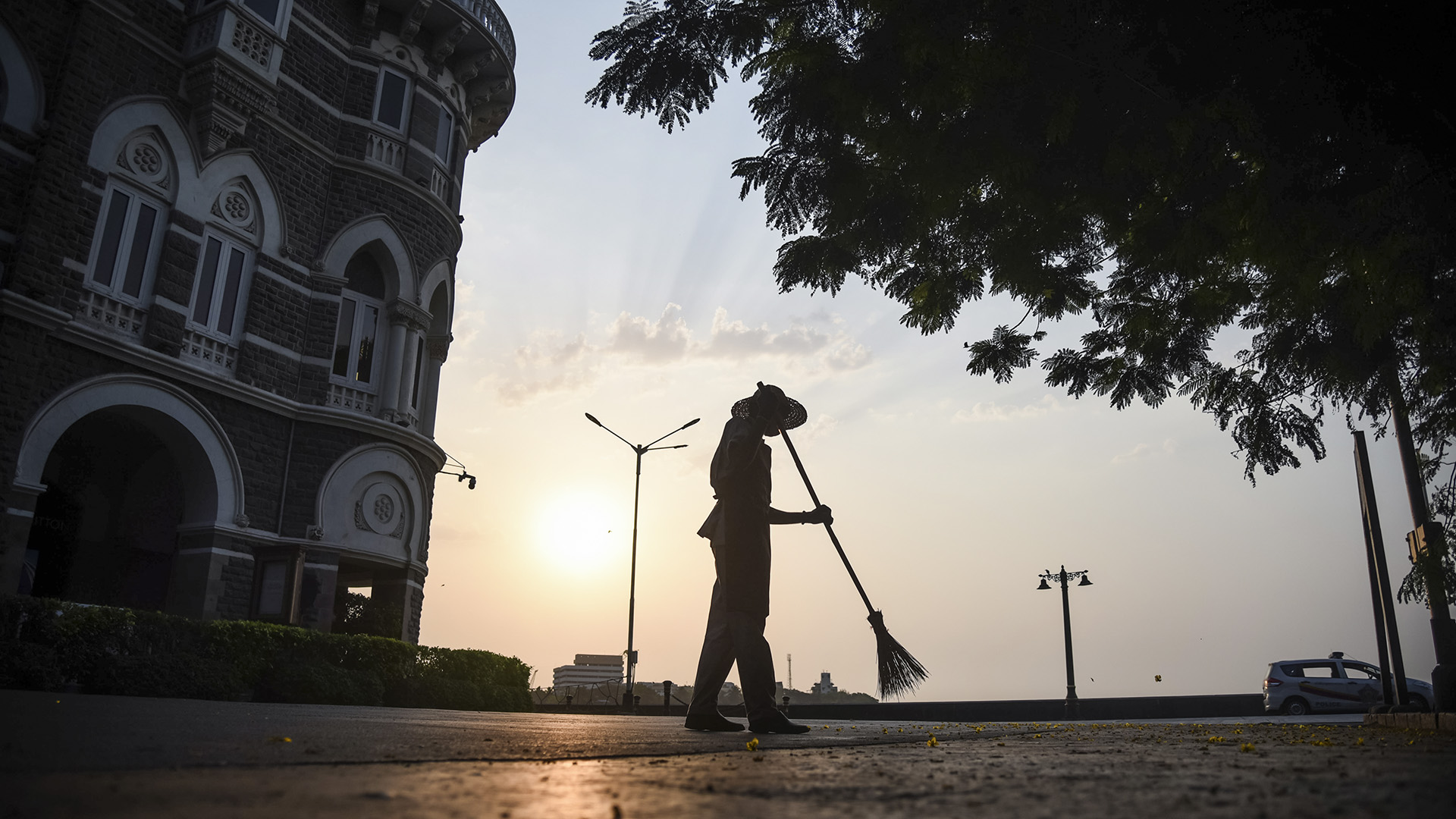 A municipal worker sweeps a deserted road during a lockdown imposed to try and contain the spread of Covid-19 on April 29, 2021, in Mumbai, India. (Fariha Farooqui/Getty Images)

KOLKATA, India — India’s gross domestic product (GDP) is expected to grow at 9.5 percent in the 2021-2022 fiscal year, according to the Confederation of Indian Industry, a non-governmental trade association and advocacy group.

The group said this would take the GDP to a slightly higher level than in the fiscal year 2020-2021.

“The strong growth in the second half will be supported by robust external demand and large-scale coverage of vaccination allowing resumption of economic activity,” said T V Narendran, president of Confederation of Indian Industry.

“In the medium term, the growth rate can pick up to 8 to 9 percent if positive actions are taken now. If not, a 5 to 6 percent growth scenario is also possible.”

He said that the second wave of Covid-19 impacted economic activity during the April to June quarter, and a high proportion of employees across businesses were affected.

The income and demand have been squeezed by the rising medical expenditure. However, recovery can soon be expected where global growth and macroeconomic stability will support trade and investment flows.

Besides, there is acceleration in the vaccination program.

“Both rural and urban unemployment shot up to double-digit levels, impacting livelihoods across the country,” said Narendran. Suitable fiscal measures to alleviate the stress on livelihoods are the need of the hour.

“The Confederation of Indian Industry calls for measures to boost demand. A fiscal stimulus of INR 3 trillion ($40.4 billion) is required, along with measures to support businesses. The Emergency Credit Line Guarantee Scheme may be increased to INR 5 trillion ($67.3 billion),” he said.

Narendran said the Reserve Bank of India should expand its balance sheet to accommodate the increased stimulus so that lending costs remain contained.

Economic recovery, however, is dependent on an accelerated vaccination program. The Confederation of Indian Industry calls for a minimum of 7.12 million average daily vaccination doses between now and December to cover the entire adult population, he said.

Domestic vaccine production must also be ramped up to at least 1.75 billion doses by the year-end.

Narendran asked for decentralizing the healthcare infrastructure and said the government should tap into private sector expertise to set up Covid care centers with stage one facilities in rural areas.

Special incentives should be given to the industry for setting up medical care facilities in remote areas. They can include free land, deemed clearances, and tax benefits.

“The decision of the newly independent Indian government to adopt a mixed economy, adopting both elements of both capitalist and socialist systems, resulted in huge inefficiencies borne out of the culture of interventionism that was a direct result of the lackluster implementation of policy and failings within the system itself,” states the report.

“The desire to move towards a Soviet-style mass planning system failed to gain much momentum in the Indian case due to a number of hindrances, an unskilled workforce being one of many.”

In the early 1990s, the then government of India saw the creation of small-scale industry in large numbers due to the removal of price controls. The economy started to bounce back, but with the collapse of the Soviet Union — India’s main trading partner — the hampering effects of socialist policy on the economy were exposed, and it underwent a large-scale liberalization.

By the turn of the 21st century, India was rapidly progressing towards a free-market economy. India’s development has continued, and it now belongs to the BRIC group of fast-developing economic powers. BRIC includes Brazil, Russia, India, and China.