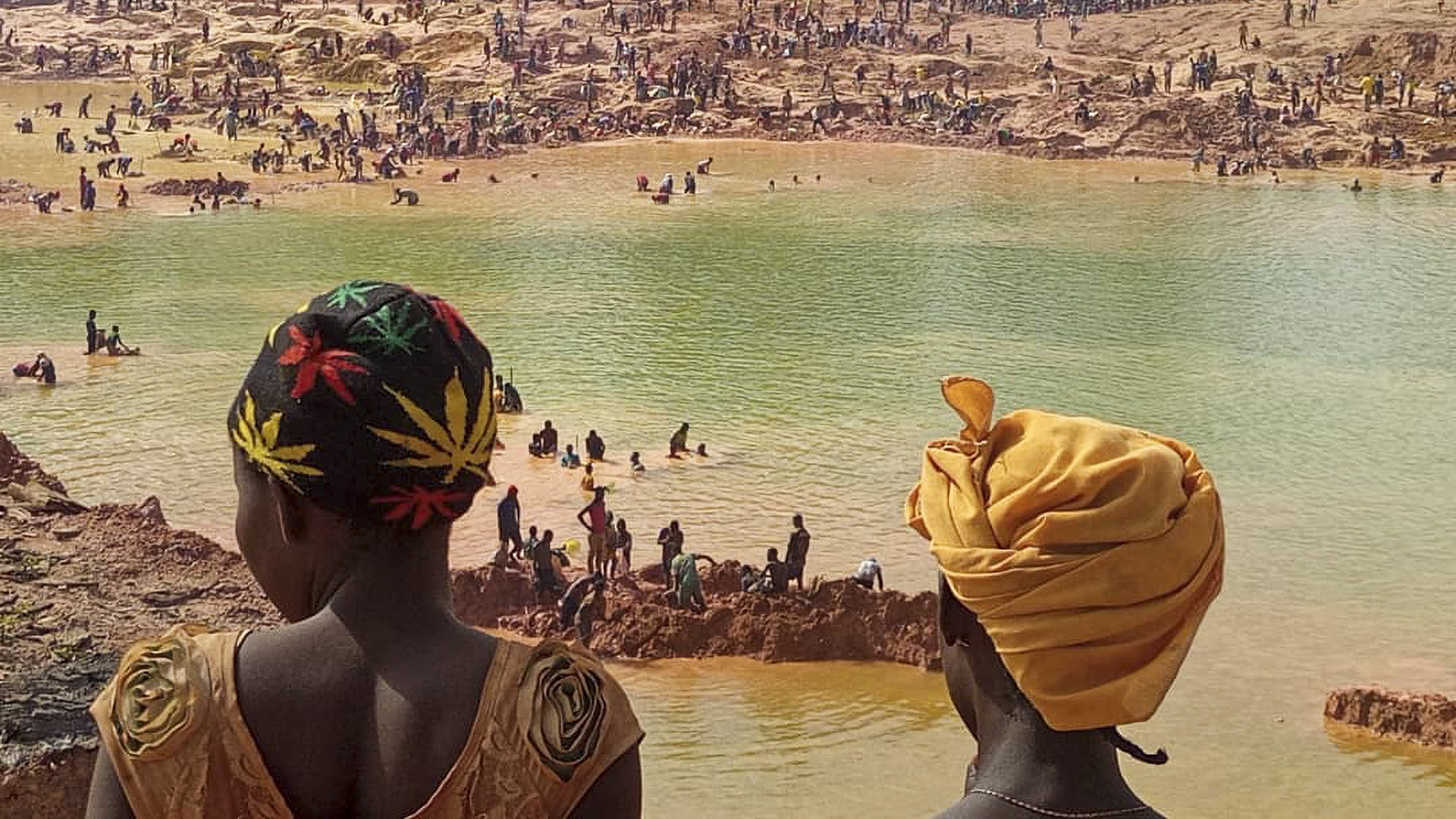 The Chinese-owned Kambélé mining site in East Cameroon, pictured just few hours before the landslide that buried 8 young men on May 30, 2021. (FODER)

BERTOUA, Cameroon — When Franki Angemin, 21, heard the news of eight young men buried alive by landfalls in Kambélé, east Cameroon, while prospecting for gold, he knew the same fate could have befallen him.

Yet, though scared and discouraged, Angemin is not ready to quit artisanal mining.

“When I learned of the deaths, I imagined I could have been in the same situation,” he told Zenger News.

“I am disturbed to see that young people like myself die while mining. If I had a better alternative, I would have quit. But artisanal mining gives quick cash, unlike farming. That is why many youths do it.” 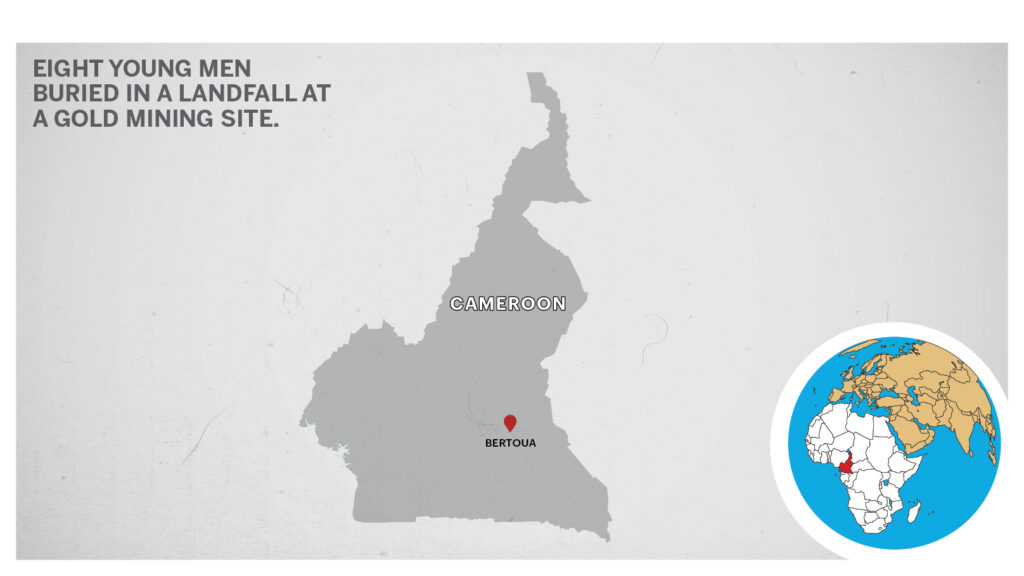 The eight men who died on May 30 were hunting for gold in a Chinese-owned mining site. The government revoked the firm’s mining license after the incident.

Two weeks prior, a pair of corpses were retrieved from mines in the same area.

An official of Cameroon’s Ministry of Mines, Industry, and Technological Development in the region turned down Zenger News’ requests for comment.

“Hundreds of traditional and semi-mechanized artisanal sites are active, and deaths sometimes occur in these sites but remain unknown. Mining companies leave sites exposed after exploiting them, giving young, desperate people easy access to the pits.”

Cameroon is endowed with abundant natural resources, including diamond, iron ore, bauxite, and cobalt, in addition to gold.

Revenues from the extractive industries accounted for 3.6 percent of the Gross Domestic Product in 2017.

According to the mining watchdog, foreign mining companies operating in Cameroon have dug open more than 400 mining sites.

“Between 2014 and April 2021, the Forests and Rural Development organization identified a total of 157 deaths on mining sites in Cameroon. Twenty-five percent of these deaths are due to drowning and landslides caused by open pits left by mining operators. Children, as young as three years, are among the victims,” Kamga told Zenger News.

Generally, there are two types of mining in Cameroon: artisanal and semi-mechanized.

Companies that carry out semi-mechanized mining use heavy machinery like excavators and bulldozers, which allow them to detect gold faster than the local artisans who use the simple panning method.

The artisanal method involves rudimentary tools like spades, shovels, pickaxes, crowbars to dig, and a pan to scoop silt and sand from the river bed, which is then sifted for bits of gold.

Dealers are always ready to buy the gold bit by the time of leaving a mining site around 6-7 p.m., said Adoko.

“Many people pan for gold in the same site. Even when there is danger, people are only interested in gold. I cannot give up because it is the only means that puts food on the table.”

When gold is detected too deep underground for an open-pit mine, shafts are dug into the ground, and then several tunnels branching out of the shafts are made, leading to the gold deposits.

“We know it is risky, but we have no choice. When I go to a mine, I first identify the risky zones and try to be careful,” Adoko told Zenger News.

Individuals and groups of artisans work more than eight hours a day digging, crushing, and panning.

He complained that the government had ceded all mining rights to foreign companies.

“When mining firms come here, they tell us that everything has already been settled with the government in Yaoundé. They claim the government has given them authorization permits. Villagers never benefit from the gold exploited from their land. It hurts. This is what is pushing villagers to force their way into the mining pits and end up dying.”

Cases of confrontations between local artisanal miners and owners of mining companies have been reported in east Cameroon, the latest being on June 10.

But little is done to enforce the code.

A 2019 survey by Publish What You Pay, which campaigns for an open and accountable extractive industry worldwide, revealed that mining companies had left 248 open holes in one area of east Cameroon alone.

The same year, the Cameroonian non-governmental organization, World Dynamics of Young People, revealed the losses incurred by Cameroon due to non-compliance with environmental and social obligations of mining operators amounted to nearly FCFA 500,000,000 ($922,978.)

“No company has paid an environmental bond,” Eric Etoga, a program coordinator at the organization, told Zenger News.

“Out of a sample of 44 companies, only one company had carried out an impact study. No company rehabilitates sites after exploitation, leaving gaping holes everywhere. There is no signage to guide people and animals from falling into those gaping and muddy holes.”

Mining companies are banned from using toxic chemicals such as cyanide or mercury, dumping waste into nature and backyards, and mining in river beds.

“But the companies use mercury and cyanide. Rivers are polluted and are diverted from their natural courses. Water has become undrinkable, and fish are dying.”

Kamga said corruption and influence-peddling strongly contribute to the non-enforcement of the law.

“If companies fill pits after mining, communities will have more land for agriculture, rivers will resume their normal flow, water quality will improve, and animals will be healthier.”

This was preceded by the ban in 2018 of three Chinese mining companies operating in the east of the country for what authorities termed “non-compliance with contractual terms.”