For Young Africans, The Dream Of Europe Does Not Resemble Reality 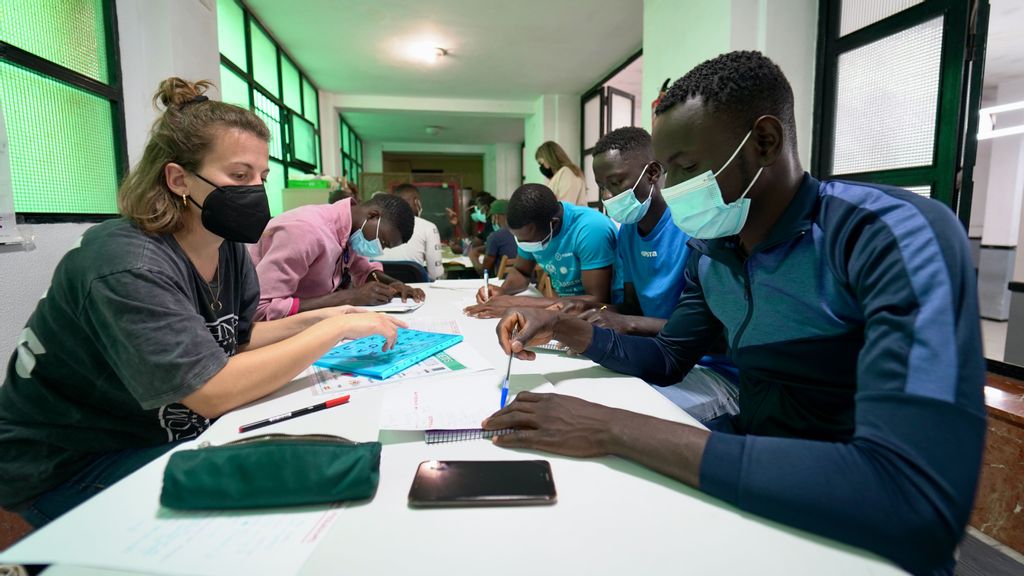 JEREZ DE LA FRONTERA, Spain — Two years ago, Thierno Barro Diong, from Senegal, got in touch with a friend who was in Morocco, ready to cross the border to Spain, and decided to follow him. He had no idea he would end up living on the streets.

“We were 70 people on the boat, and [it took] nine hours to get to Malaga. A rescue boat picked us up,” he said.

After risking his life at the age of 17, he was admitted to a juvenile center, which provided him with housing and schooling. Everything was different a year later: when he turned 18, he was forced out.

“I met a Senegalese in the streets who told me, ‘okay, you can come with me. There is an abandoned house; you can sleep there.’”

Many African migrants cross Morocco hoping to reach Spain. In mid-May, 6,000 arrived in the autonomous Spanish city of Ceuta, on the northern coast of Africa. While adults are immediately returned to Morocco, that is not the case for minors. Under Spanish law, unaccompanied minors have a right to shelter and food. Once they turn 18, things change drastically for them.

Unaccompanied minors arriving in Spain are not a new challenge for the European country. They have been migrating for a long time, and the law grants them a residence permit, which gives them access to basic rights.

Many young Africans, inspired by social media posts, dream of migrating to Europe. But social media is not always truthful, and many migrants do not share the difficulties they face, only the friendliest parts of their experience in Europe. Without trying, they end up inspiring new young people who follow in their footsteps.

In December 2019, 4,617 minors were under the guardianship of Andalusia’s protection services, according to the Spanish government.

The controversy of unaccompanied minors in Spain

Lamine Sarr, from Barcelona’s popular union of street vendors, believes that young people in Africa learn more about the history and culture of Europe than of their countries.

“European television shows and films don’t feature people sleeping on the streets. Beautiful Europe is what is shown, with luxurious lives and expensive cars. Young people [from Africa] learn since their school years that Europe is a democratic place where human beings are respected. … It is challenging to convince these youths not to leave.”

In Jerez de la Frontera, the Red Cross distributes food to young Africans who roam the streets. Finding a job in the fields is the best thing that can happen to undocumented young people.

There are dangers threatening them: human trafficking, crime networks, and drug addiction.

Francisco Cuevas, the spokesperson for the Dimbali Network, whose mission is helping young Africans in Jerez de la Frontera, teaches Spanish to those interested in the language.

“The chances that these boys or girls can work in the agricultural sector or the hotel industry are minimal. If they do not have their papers processed [through proper channels], if they don’t receive any job training …, if they don’t know the language, the chances of failing in entering the workplace and society are enormous,” he said.

But some sectors of society reject these young people.

Spain’s VOX party, considered to be on the extreme right, has launched messages against unaccompanied minors, using crime statistics. The belief that these young people are problematic permeates society, and detractors criticize integration policies for their spending.

José Casado, VOX’s coordinator in Mataró, believes these youths should be repatriated with guarantees so they can live with their families in their homes.

“I have a lot of contacts in Mataró’s police department. Crime has risen by leaps and bounds there. They tell me that according to the type of crime, 90 percent [of the offenders] are Moroccan, and the vast majority are ‘menas’ [foreign minors]. Crimes on public roads and robbery with violence are mostly at their hands.”

Cuevas says that, without social spending, many of these youths will not integrate into society.

“But some end up in drug addiction and crime because neither society nor the administration made the slightest integration effort. These young people have many chances to end badly,” he said.

Some organizations work to bring ‘menas’ opportunities to integrate positively into society. Sport is one tool for that, and it has helped Abdoulaye Camara, from Conakry, Guinea.

“Sports have helped me a lot to meet many people here in Jerez and abroad. Thanks to sports, I have traveled to many cities, where I can enjoy and meet a lot of people,” he said.

“When I wear Alma de Africa’s shirt, I feel like I’m in my country, representing it.”

Despite the team’s impact on migrant youth, the support it used to receive has fallen short with the pandemic. Alma de Africa survives through public grants and private contributions from companies and fans. Its president and founder, Alejandro Benítez, does not know what its future will be.

“The administration has cut the aid it gave us; our future is very uncertain,” he said.

The end of this season may be the last tournament.

For many African migrants, the destination is not how they dreamed it, but they continue to send messages home saying that they are OK. They argue they don’t want to worry their families, much less return empty-handed. Their social media posts emphasize how well they are doing — contributing to the effect that pushes more youths toward migration in an endless stream.