A coroner has ruled the deaths of two workers at a copper mine on Australian Island state’s west coast in 2014 were entirely avoidable and due to poor safety practices. 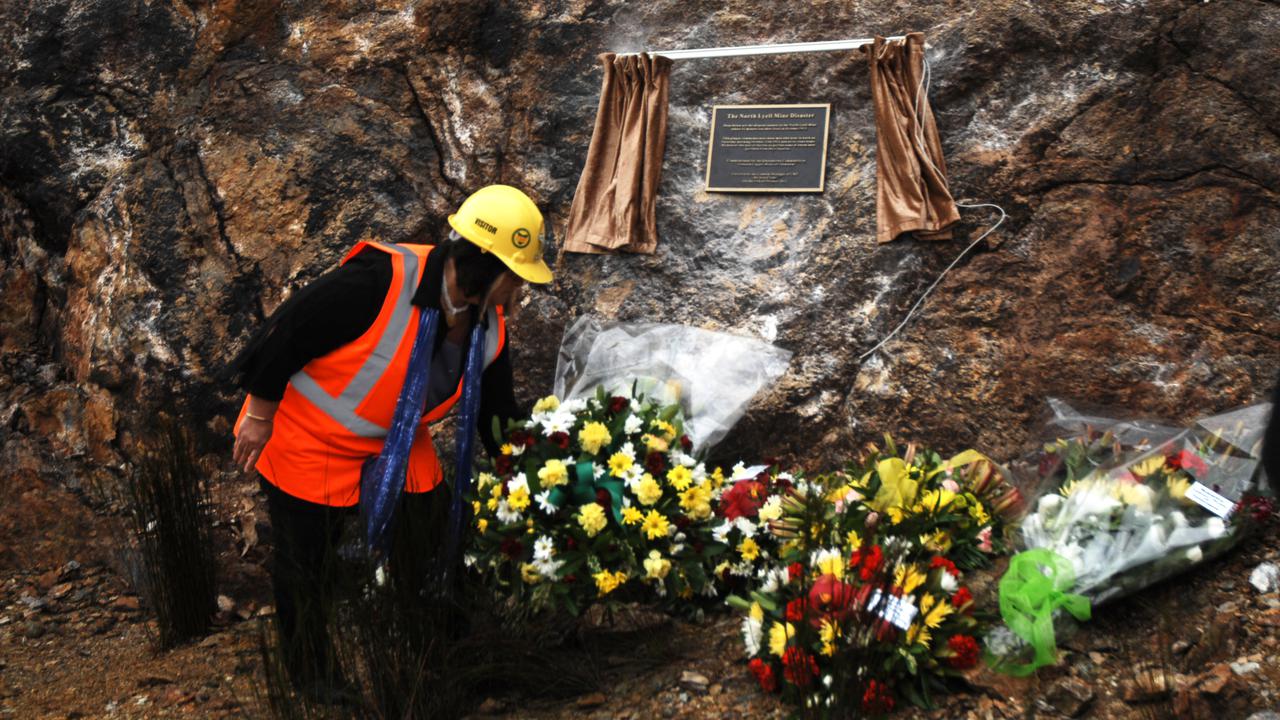 A coroner says mining at Mt Lyell had come at a human cost, including 42 deaths in 1912. (David Beniuk/AAP Image)

HOBART, Australia — An “almost perfect storm” of poor safety practices and inadequate equipment was to blame for two miners’ deaths on Australia’s Island state of Tasmania’s west coast eight years ago, a coroner has ruled.

Alistair Lucas and Craig Gleeson fell more than 20 meters down a shaft some 700 meters underground at Mount Lyell copper mine in Queenstown in December 2013.

They were undertaking routine maintenance as part of a three-person team when heavy machinery fell and broke the temporary timber platform they were standing.

Two colleagues abseiled to the bottom of the shaft where they found the body of Gleeson, 45, a father of three and a resident.

Lucas, 25, who also hailed from Queenstown, was brought to the surface in a critical condition but died on the way to the hospital.

In findings published on June 18, coroner Simon Cooper determined their deaths “were entirely avoidable had basic safety principles been adhered to.”

The wooden platform was not properly engineered, the pair weren’t wearing appropriate safety harnesses or fall prevention devices, and a “skip bin” that could have been used to block the shaft was not in place.

“An almost perfect storm of poor safety practices and poor equipment directly led to the deaths of Gleeson and Lucas,” Cooper wrote.

The platform was made from King Billy pine, a softwood not considered a structural timber because of its relatively low strength.

Cooper said evidence at the inquest pointed to the timber not being compliant with the applicable Australian standard.

The platform was “completely insecure” and was not fixed to anything but merely rested on the edges of the top of the shaft.

“I am quite satisfied it was wholly inadequate as a base … to work over a 25-meter deep shaft,” Cooper wrote.

Cooper said it was impossible to determine why Gleeson’s safety harness was not tethered and why Lucas had left his harness and lanyard in his locker.

He praised the efforts of Lachlan Brown and Robert Butterfield, who displayed a “considerable amount of personal courage” to abseil down the shaft.

Cooper made several recommendations, including using properly designed work platforms, but noted much has changed at the mine in the years since.

He also called for a formalized audit of risk management tools by mine management after examining Michael “Digger” Welsh, who died just six weeks later at Mount Lyell in a mud rush.

Welsh was removing broken rock using a loader when it was entirely engulfed by mud.

Cooper said he was satisfied there was “practical and effective adherence” to mine management plans to lead up to Welsh’s death.

The emergency response to the mud rush was timely, and “nothing more could have been done … after the incident occurred”, he noted.

Cooper said the three deaths had had a profound effect on the tight-knit Queenstown community.

The mine was put into care and maintenance mode after Welsh’s death.

“Unlike many mineworkers both on Tasmania’s west coast and throughout many areas of regional Australia, Gleeson, Lucas, and Welsh all lived locally,” he wrote.

“They were very much part of that proud and resilient community.

“Their deaths robbed the community of three important members. Many people lost a friend, teammate, or co-worker.”

While contributing great wealth, he noted that mining had a human cost with multiple fatal accidents over the years, including an underground fire that killed 42 men in 1912.