Squirrel nips anyone who tries to get at the cash — except the jeweler who saved him as a baby.
By Feza Uzay June 17, 2021
Facebook
Twitter
Linkedin
Email 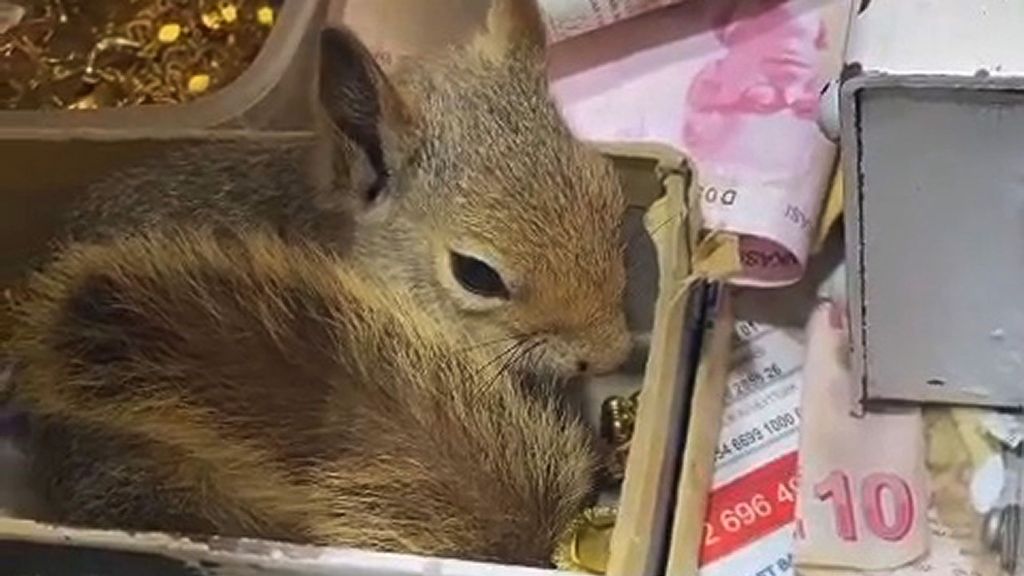 A squirrel rescued as a baby by a Turkish jeweler has repaid the kindness by becoming a guard for his cash drawer.

Anytime someone tries to take money from the drawer, the squirrel, named Memocan, stops them, not allowing any withdrawals except those by its rescuer, Mehmet Yuksel.

Yuksel said he found the young squirrel and two others after they had been abandoned and were too small to survive on their own.

The jeweler, who has a small farm where he cares for sick and injured animals, decided to nurse them back to health. Memocan’s siblings were released back into the wild when they were older.

But Memocan, who needed time to heal, took it upon himself to become the guardian of the cash drawer.

“He acts like he’s trying to pay me back by looking after my money store,” Yuksel said. “Memocan is a great friend and is very sure about his position as guardian of the drawer. He won’t let anyone but me reach in to make a withdrawal. The moment a foreign hand touches the drawer, he attacks.”

The feisty squirrel’s injury has almost healed, and it will soon be released back into the wild.

“I love him very much, but a squirrel is not a pet, and his real home should be in nature,” Yuksel said.

However, he said he hopes the story of this squirrel will help inspire others to care for animals.