The president set out to repair ties with America’s allies and stabilize relations with Russia. 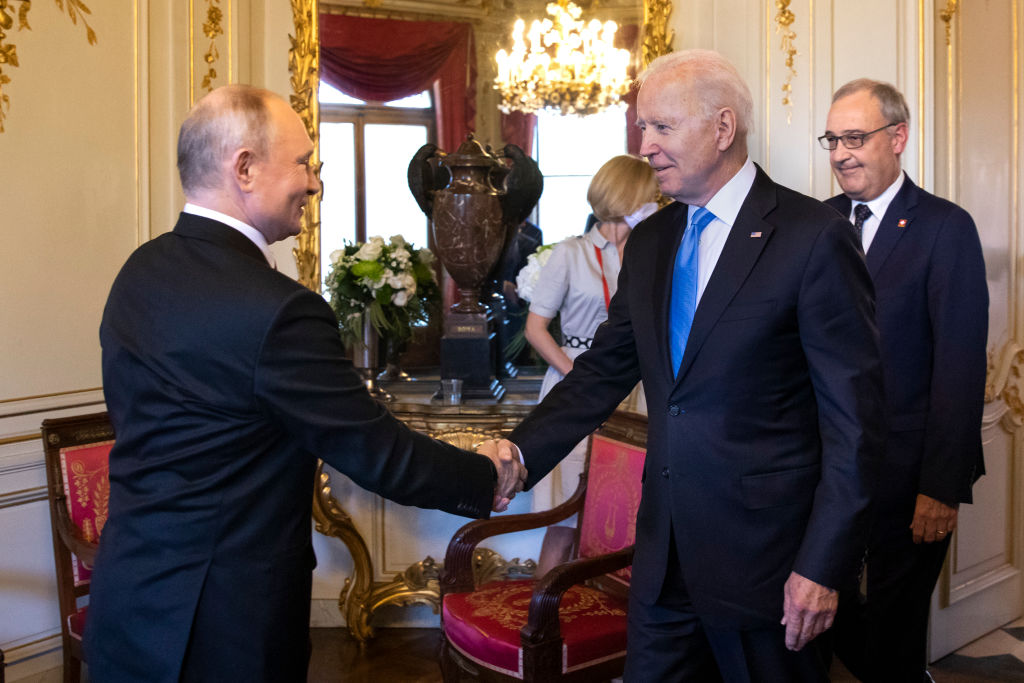 President Joseph R. Biden Jr wrapped up his first foreign trip this week after meeting leaders of the G-7, NATO and European Union, and coming face-to-face with Russian President Vladimir V. Putin for the first time since calling him a “killer.”

Widely viewed as an attempt to restore the reputation of the U.S. in the aftermath of Donald J. Trump’s chaotic presidency, the new president aimed to repair ties with allies, seek unity on shared policy priorities and establish a more predictable relationship with Russia.

“I did what I came to do,” he said after meeting Putin. But, said one expert, that was a “low bar,” and the boast was followed by Biden sparring with a reporter over whether he was confident the Kremlin leader would change, an apology for his language, and an extended defense of his approach to foreign policy.

Biden’s key accomplishments, according to joint statements issued during the trip, included ending a 17-year trade dispute involving Europe’s Airbus and the U.S.-based Boeing over aircraft subsidies, a decision to recommit to a “special relationship” between the U.S. and U.K. after Brexit, and a broad deal to fight climate change.

He and foreign leaders also agreed to suspend tariffs on products such as European wine and American spirits for the next five years, but Biden chose to keep in place import taxes on European steel and aluminum imposed by Trump. The Group of Seven nations additionally endorsed a 15% global minimum tax on multinational corporations.

But any successes on Biden’s trip were, at least for the moment, “largely rhetorical” in nature, foreign policy experts told Zenger News, with the U.S.-E.U. alliance in good shape.

“The reality is that transatlantic relations, despite the animosity and disagreements, are actually in very good shape,” James Carafano, vice president for national security and foreign policy at the conservative Heritage Foundation, told Zenger.

“By what metric were relations in tatters?” he asked. “NATO is stronger. Investments in NATO are up. U.S. recognition and European recognition about concerns about China — that actually grew under the Trump administration.”

Despite Trump’s unpopularity in Europe, Carafano said that the fundamentals of the post-war relationship between America and Europe were solid.

“You can say, ‘Oh my God, it was in tatters’ by just cherry-picking certain things that people didn’t like,” he said, but that missed the bigger picture. “Look, we’re not having a trade war. NATO, which is the pillar of transatlantic securities, is as strong as ever. We generally both have concerns about Russia and China and even Iran.”

Biden’s trip, then, was more about re-laying the foundations necessary to reassure old friends.

As he made his way from Cornwall in the United Kingdom to Brussels, the home of the European Union, and finally to Geneva to meet with Putin, Biden repeated his familiar refrain that “America is back” as a predictable and reliable partner.

Such an effort seemed necessary after Trump, who was at times hostile towards traditional U.S. allies, threatened to withdraw from NATO, mocked some foreign leaders and repeatedly pushed to invite Putin and Russia back into a “G-8.”

“Biden had some success, but it was a pretty low bar,” John Feffer, an international policy expert at the Institute for Policy Studies, told Zenger, explaining that the brief was simple: “All he had to do was basically show up and not say something stupid, not be offensive, not push people out of the way during photo opportunities.”

In terms of that metric, Feffer said, the new president had a successful trip.

“He obviously came with well-prepared speeches and even a couple of plans,” he said. “So, he met that low bar, but it was necessary for him to do that because there are a lot of questions about where the United States is right now in terms of its conduct internationally and the future of U.S. involvement in the world.”

For a first trip abroad after four years of Trump’s chaos, it was positive — but moving forward, America’s allies in Europe will be expecting more, according to Donatienne Ruy, an associate fellow at the Center for Strategic and International Studies.

“In the short term, President Biden has reassured European allies of the strength of the transatlantic partnership and his commitment to shared values. There’s no doubt there was a sigh of relief from those partners,” Ruy told Zenger. “In the medium and long term, European partners will look for deliverables to come out of these pledges, and they also need to deliver themselves.”

However, Ruy said European leaders would “undoubtedly keep an eye on U.S. electoral politics” — well aware that Trump, or an anointed political heir, would likely be on the ballot again in 2024.

“They’re likely keen to charge ahead now with all the issues listed in the summit statements while they have a partner in the White House, but will continue to hedge against a reversal of fortunes,” she said.

America’s ever-growing status as an “unpredictable super power” presents a challenge for U.S. allies looking to the future, Feffer of the Institute for Policy Studies added.

“It’s very difficult for world leaders to guess what’s going to happen with the United States every four years. One administration could say, ‘We love NATO.’ The next administration says, ‘We don’t like NATO,’” he said, adding that this was not necessarily new. “This has been a problem going back to the transition, say, from the Clinton administration to the Bush administration.”

“With every change in administration, there’s been a comparable whiplash in American policy internationally. And that is the long-term problem that the United States faces,” he said. “Whatever Biden might say, there’s still going to be questions about what happens, not just in the next four years. … All of that contributes to a skepticism about the unpredictability of U.S. policy.”

Biden’s meeting with Putin before returning to Washington was aimed at curtailing some of that unpredictability, by setting realistic expectations for his administration’s relationship with Russia.

While their highly anticipated summit did not mark a full reset of U.S.-Russia relations, the pair of leaders had a “constructive” and “positive” conversation, according to comments they made in separate, lengthy news conferences after the meeting. Most notably, they agreed to return their ambassadors to their posts and to initiate discussions on cybersecurity, including Biden providing Putin with 16 critical U.S. infrastructure entities that are “off limits” to cyberattacks.

Feffer said the progress could be a good starting point for cooperation between the two powers — and for stability worldwide.

“There were ample opportunities for Biden and Putin to come to blows figuratively speaking. But the Biden team was looking for ways of sending a signal that the United States is not simply looking for showdowns with major powers overseas,” he said, with action now required in the follow-through.

“It behooves both sides to come to an agreement that would lead not to rhetorical statements but to serious and quantifiable reductions of cyber intrusions by both sides.”