Malawi To Go High On Weed

Small scale farmers complain that the $10,000 license fees for growing of marijuana will lock them out of business.
By Thomas Wanjala June 17, 2021
Facebook
Twitter
Linkedin
Email 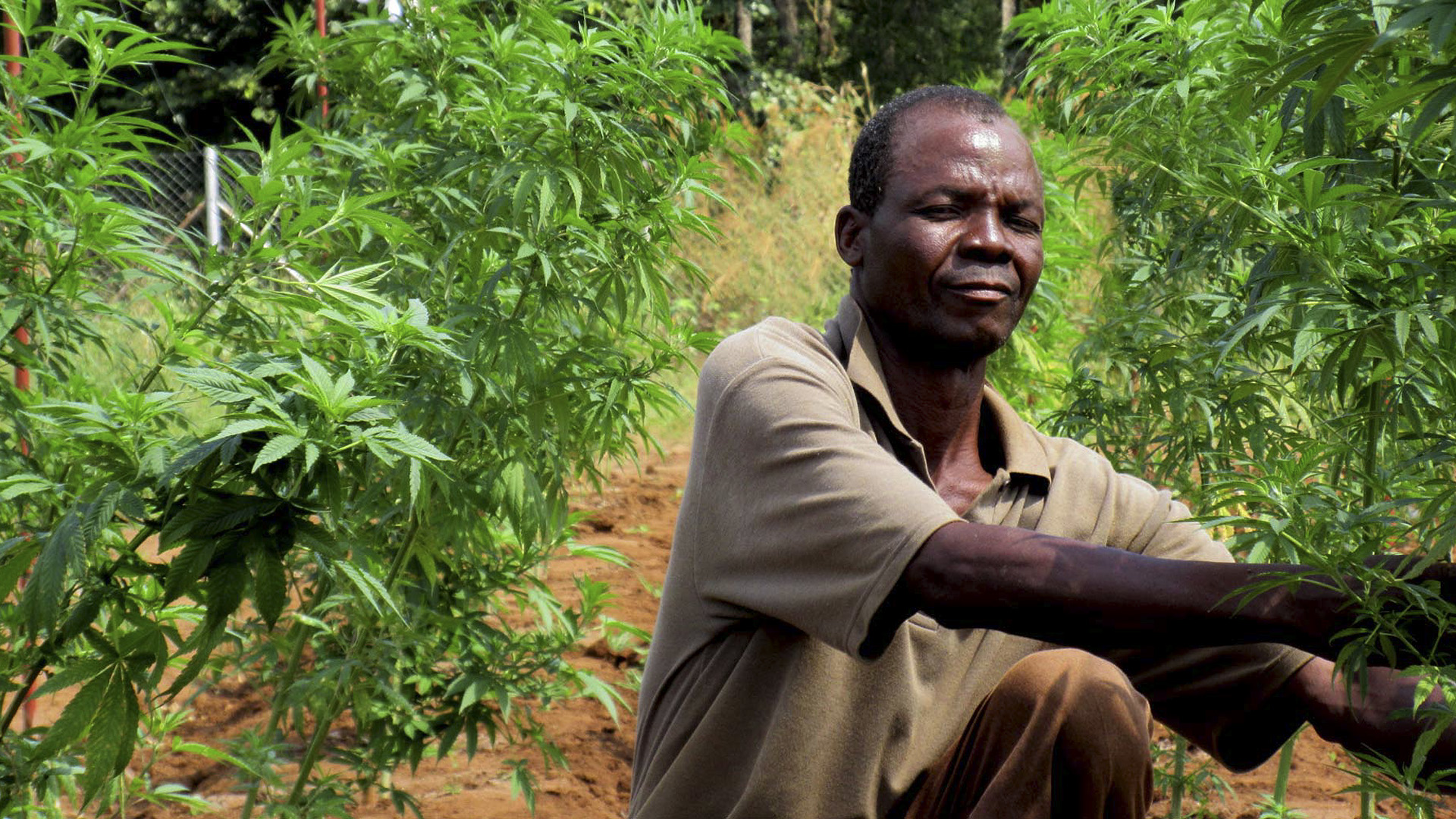 LILONGWE, Malawi — Jones Chinkhwangwa, from Kasungu town, 100 kilometers (62 miles) north of Lilongwe, Malawi’s capital city, has been a dedicated tobacco farmer for the past 10 years.

“I inherited the five-acre tobacco farm from my late father,” he told Zenger News.

“However, I have to say that tobacco farming has not been easy.”

Dubbed the “green gold” of the country, tobacco has been the main cash crop for the southeastern African nation for years.

However, the country’s returns from this crop have been shrinking over the years. In January last year, Malawi earned $34.7 million from tobacco exports, down from $52.9 million in January 2019.

“The world is being sensitized against smoking tobacco because of health-related complications. As a result, most farmers in Malawi were forced out of business, and this affected our livelihoods,” Chinkhwangwa said.

But the 54-year-old and a father of three could not believe it when the Malawian parliament passed a bill in February 2020 legalizing the growing of marijuana for industrial and medicinal purposes.

Chinkhwangwa told Zenger News that this dream came true to many farmers who had been illegally growing marijuana for years.

“Our president (Lazarus McCarthy Chakwera) signed into law the cannabis bill, and farmers were excited. The only stumbling blocks for us are the tough conditions set for growing the crop.”

Malawi’s tobacco and tobacco products faced an international setback in November 2019 after the United States banned its entry into the country following numerous forced labor and child labor reports in the country’s tobacco farms.

After the Malawian parliament passed the legalization of marijuana farming, the Cannabis Regulatory Authority was set up to oversee this new national venture.

The authority commenced operations in early 2021 and is mandated to develop rules and regulations to guide marijuana farming and issue licenses.

Interested farmers will part with $100 to $10,000 annually for cultivating, selling, storing, and distributing industrial or medicinal marijuana.

Additionally, hospitals that would like to plant their cannabis medicines will pay an annual fee of between $200 and $500.

Some small-scale farmers say the fee is too high.

“Where do we get the money to pay for the licenses?”

Jacob Nyirongo, the chief executive officer of the Farmers Union of Malawi, termed the license fees as “unrealistic.”

“This is unacceptable,” he told Zenger News.

“They are not only exorbitant, unrealistic but also discriminatory.”

Nyirongo said that if the government does not change its stance on the fee, the union will call on farmers to abandon the crop.

“The majority of Malawians are struggling to make ends meet. We largely depend on agriculture, and therefore this government move will push us further into poverty. The union was never consulted on fees.”

Nyirongo believes some farmers have already lost interest in marijuana farming due to the high license fees.

Nevertheless, he said other farmers had formed cooperative groups in readiness for cultivation.

“For those who have the financial ability, let them go ahead with farming as we await the way forward from the government.”

However, Chauncy Mopho Jere, the chairman of the Malawi Hemp Association, brushed off the concerns of small-scale farmers “who want to be spoon-fed by the government.”

“At the moment, more than 100 cooperatives have already applied for the licenses,” he told Zenger News.

“We want to go big and high on marijuana farming in Africa.”

The Cannabis Regulatory Authority defended the government’s move to charge $10,000 for a license, saying they arrived at the figure after consultation with stakeholders.

“Our farmers think that we are fleecing them,” Boniface Kadzamira, the regulator chairman, told Zenger News.

“Far from it! We would witness chaos if we allowed every Tom, Dick, and Harry to plant marijuana.”

Kadzamira cautioned that authorities would take stern measures against anyone engaging in illegal cannabis farming.

“Cannabis farming is strictly for industrial and medicinal purposes, and anyone who goes against this will be dealt with harshly.”

Marijuana will replace tobacco as the country’s main cash crop, he said.

“We are planning to sensitize farmers in Malawi on cannabis farming and encourage those interested in it to come forward and get help from the government. We have assured our farmers of a ready market in Europe.”

Lesotho was the first African country to legalize cannabis in 2017.

Other countries from the continent that have followed suit and legalized marijuana for medical and industrial purposes are Zimbabwe, Zambia, Ghana, Morocco, and South Africa.

Cannabis could fetch Africa $7.1 billion annually by the year 2023 if legislation is put in place to legalize it in major African markets, according to the African Cannabis Report of 2019 by the consultancy firm Prohibition Partners.

In 2020, the United Nations removed cannabis from the list of the world’s most harmful drugs, a move that could see more countries legalizing it.