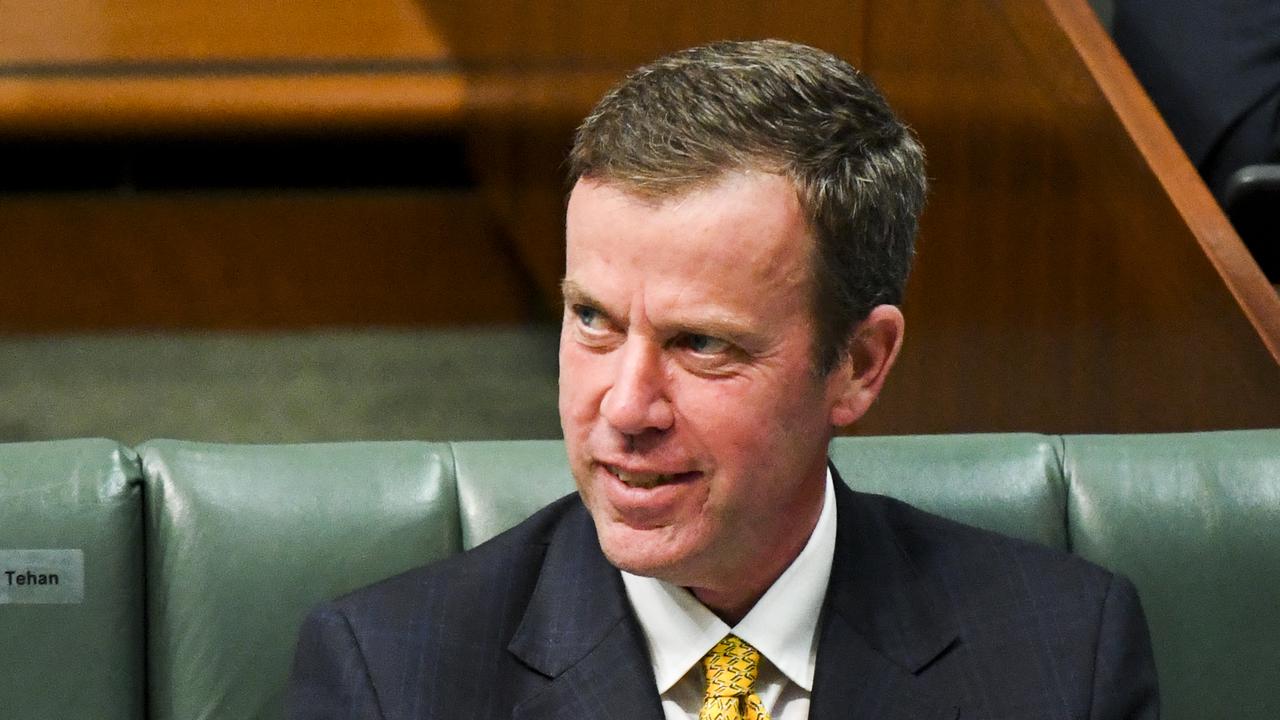 Trade Minister Dan Tehan says the WTO needs to be elevated to the paramount place it used to hold. (Lukas Coch/AAP Image)

CANBERRA, Australia — Better access to India and waking up old alliances on agriculture are next for Australia as it sharpens its trade diplomacy.

“We have a current dispute with China on barley. We’re considering a further dispute actively when it comes to wine,” Tehan said.

He says liberal democracies need to set global trade rules and have all countries adhere to them.

“We’ve got to get the World Trade Organization back in the paramount place that it used to hold a decade ago.”

The new World Trade Organization director-general Ngozi Okonjo-Iweala, who took office in March, will need a lot of help with her plan. Australia is “leaning heavily in” at the moment, the minister says.

“It’s not just the World Trade Organization we’re looking at,” he said.

“Our economic partnership with India, we continue to try to see how we can grow that and get more access to agreements that would provide rules around further liberalization between Australia and India.”

After successive governments had stumbled on a comprehensive deal for more than a decade, Tehan said he would be putting a proposal to his Indian counterpart in the coming weeks.

“Then hopefully, with a little bit of patience, we’ll be able to see whether we can get an outcome.”

Regional ministers will meet in July to try to deal with fisheries subsidies, unresolved for more than a decade at the World Trade Organization.

Tehan said a “re-invigorated” Cairns Group was meeting next week so agriculture subsidies could get back on the agenda.

Made up of 19 developed and developing agricultural exporting economies, the group was an influential voice in agrarian trade reform after it was set up in 1986.

Pacific Rim ministers met two weeks ago and reiterated the need for the World Trade Organization to maintain a rules-based order.

Tehan said the Asia-Pacific Economic Cooperation forum was also looking at other opportunities to free up trade in the region, particularly for “environmental goods” such as solar panels and wind turbines.

“The establishment of Asia Pacific Economic Cooperation represents one of Australia’s biggest diplomatic coups, and Craig was in Bob Hawke’s office when all this was forming and when Asia Pacific Economic Cooperation was starting. And to have you now in your role, Craig, I think is an incredibly important bookend to when all this started,” Tehan said in a speech on June 4.